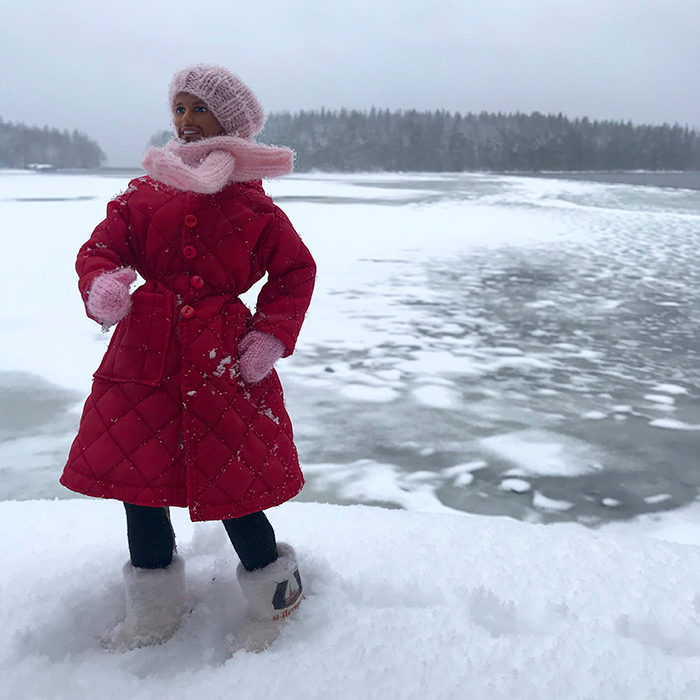 Looks like the winter is finally here. Even the lake Saimaa is starting to freeze! 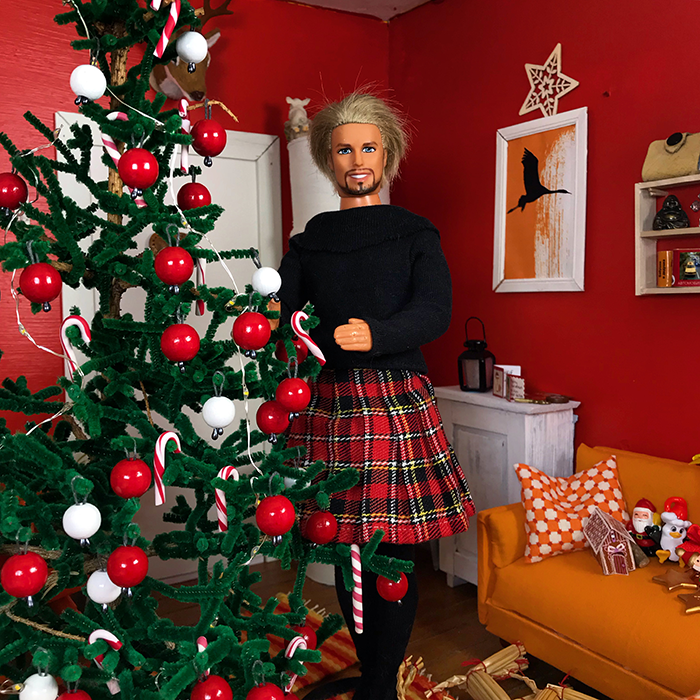 Time to undress the Christmas tree. 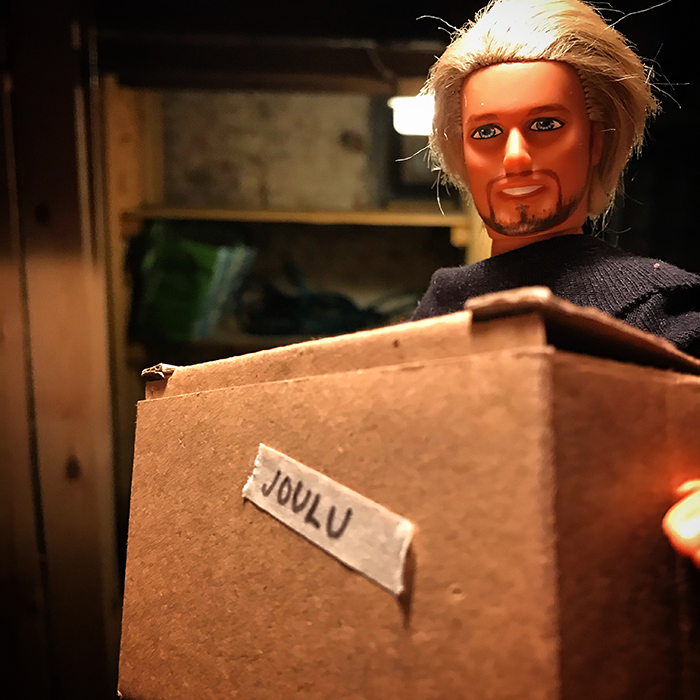 Ken takes the ornaments to the basement.- As lovely as the Christmas was, I really hope I will be spending next December in Spain again. 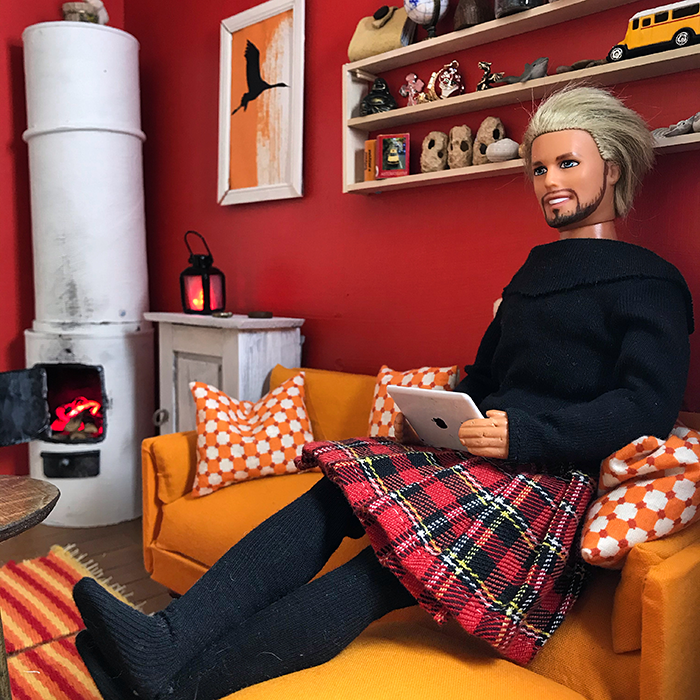 When you concentrate on the clever memes instead of the actual news, the insanity of this World today is easier to bear. 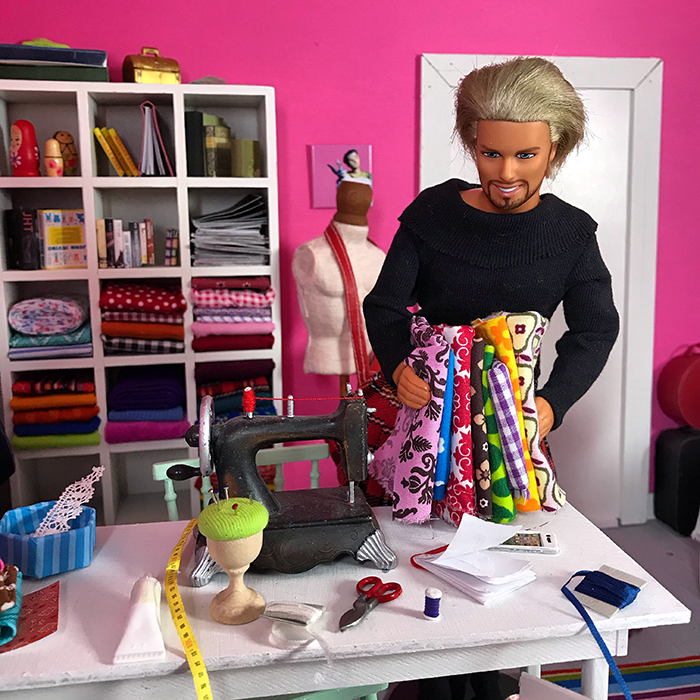 Back to work. There´s a new fabric store in town and Ken is already hoarding. 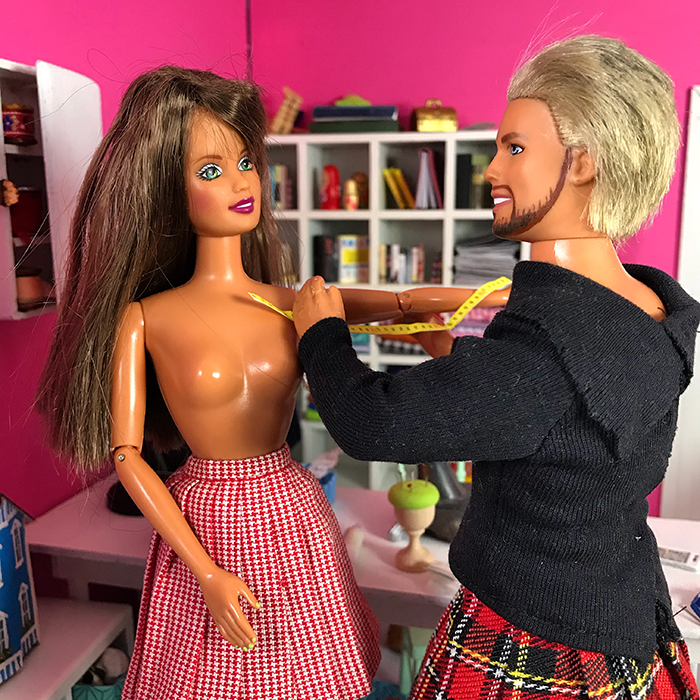 It’s not as hectic as before Christmas, but Ken still gets enough customers to make ends meet. 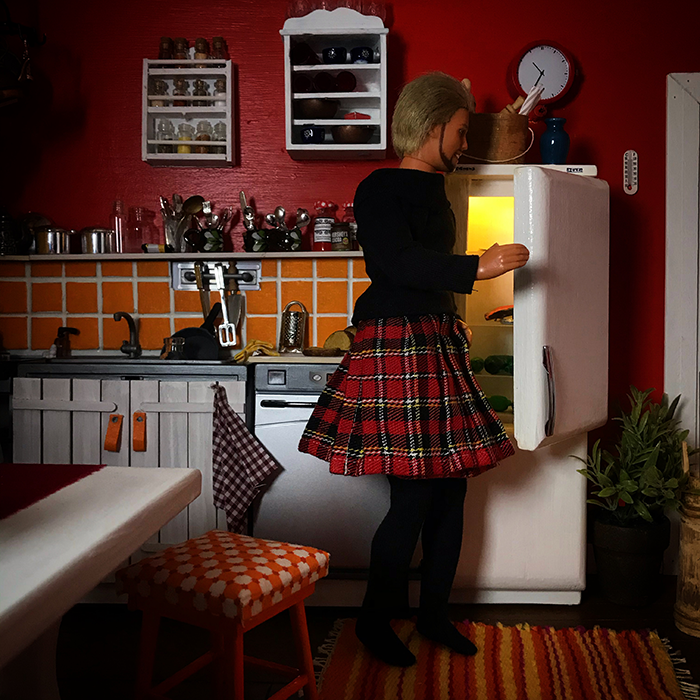 One evening after working too late, Ken realizes that he hasn’t seen Kaarna in days.- I have to go and see her tomorrow. Her absence can’t mean anything good. 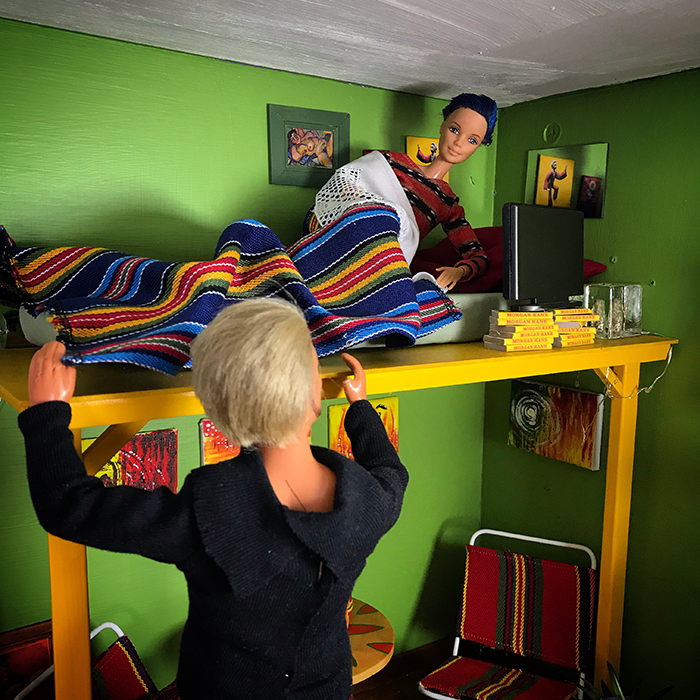 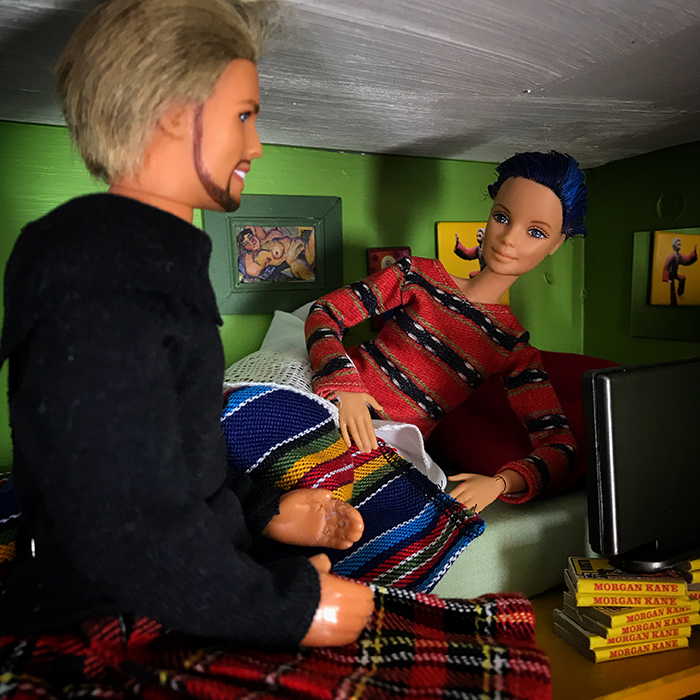 - I’ve been bing watching Modern Family. I’m only on season 9, and there are 11 of them. I love it. It’s cute and yet politically incorrect, making fun of almost every type of people... Like this gay couple Mitch and Cam... worst parents ever...- Haven’t you changed clothes in weeks? - Why bother, nobody’s smelling me here.- Maybe you should go outside for a change.- It’s like Antarctica out there. - You even dragged the tv up here in your bed...- Yes, nice and cozy. 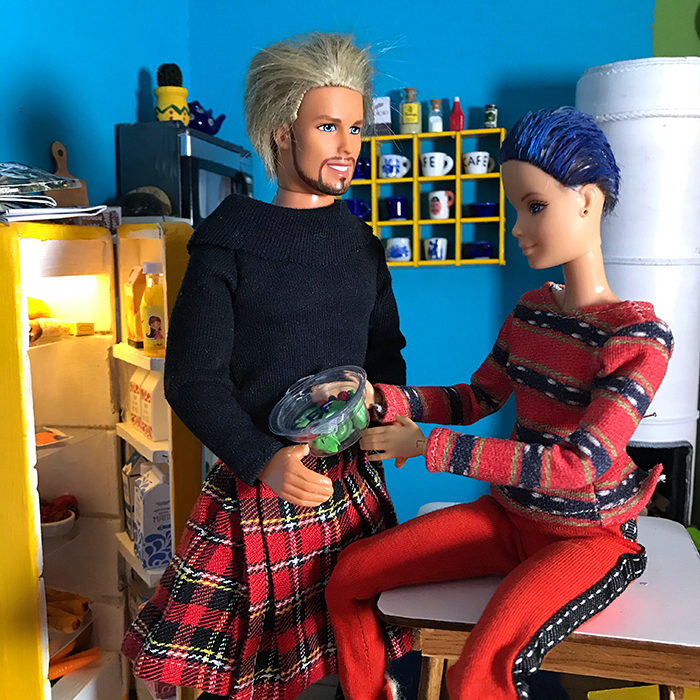 Ken finds a ready to eat salad that still hasn’t gone bad and tells Kaarna to eat it. - You can’t spend your life in bed watching telly. First it was The Golden Girls and now this.- They were my friends... Dorothy, Blanche and Rose. Now I have new friends... I love Gloria, Phil and Lily, Haley and Dylan too. 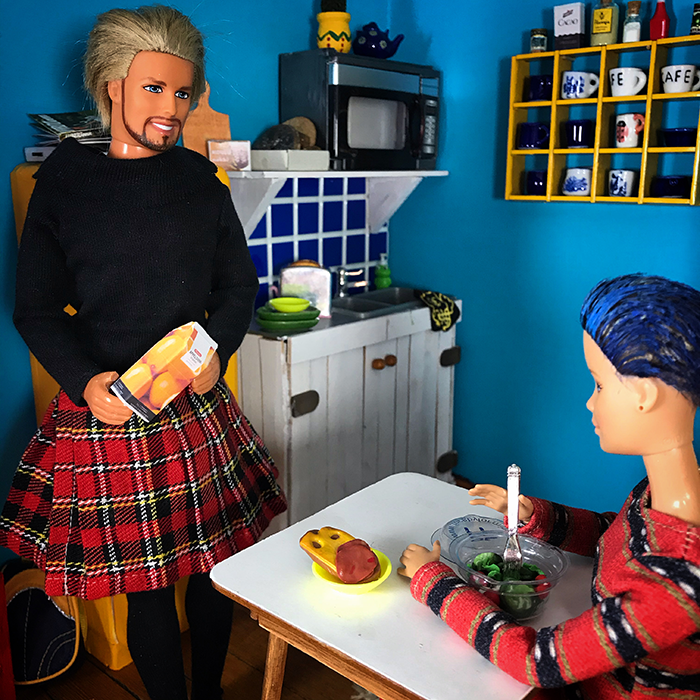 Ken makes a sandwich to Kaarna and she says:- You’re being annoyingly adult.- Because you’re such a baby and make me act like an adult! And I don’t even like it! Suddenly Ken starts to miss Hector tremendously. Hector was always the grown up in their marriage and Ken got to be the funny brat. Being all sensible and responsible now isn’t nice at all, he thinks. 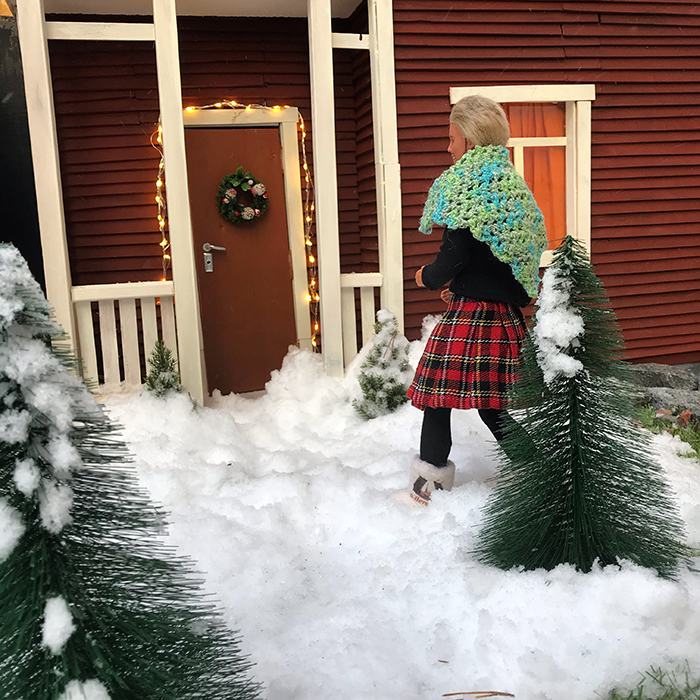 It has stopped snowing, but now the frost is tightening. Ken runs around the house quickly and feels annoyed.- Why don’t we even have a snow shovel?! 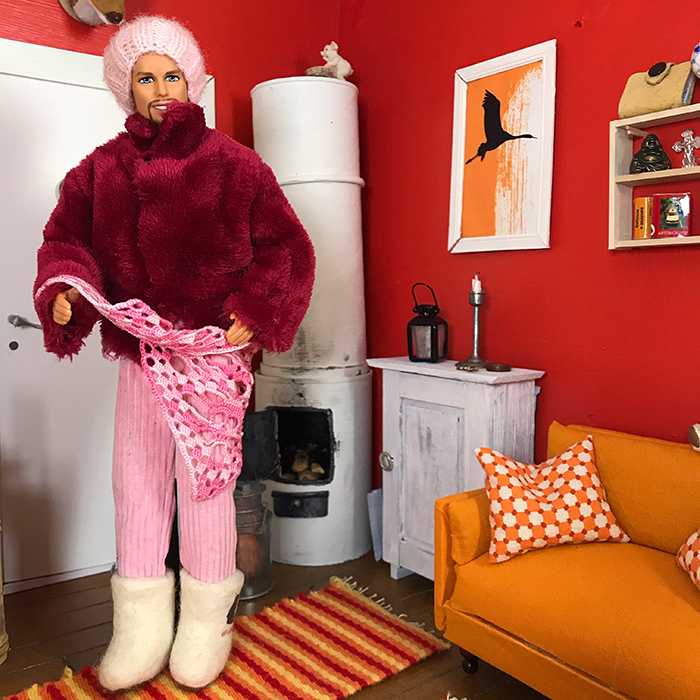 It’s super cold today, but Ken is anxious to go outside, because the sun has appeared! He wraps a scarf around him as a butt warmer. 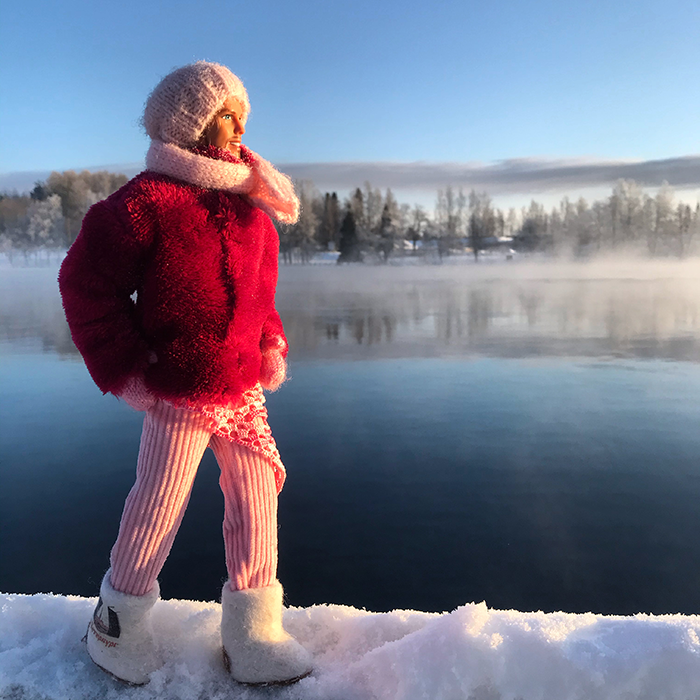 Oh heavens how beautiful is the river today! Ken can’t remember seeing the sun in two months, it’s been so cloudy all the time. (Actually Ken remembers wrong. We had a sunny day on Dec the 7th.) 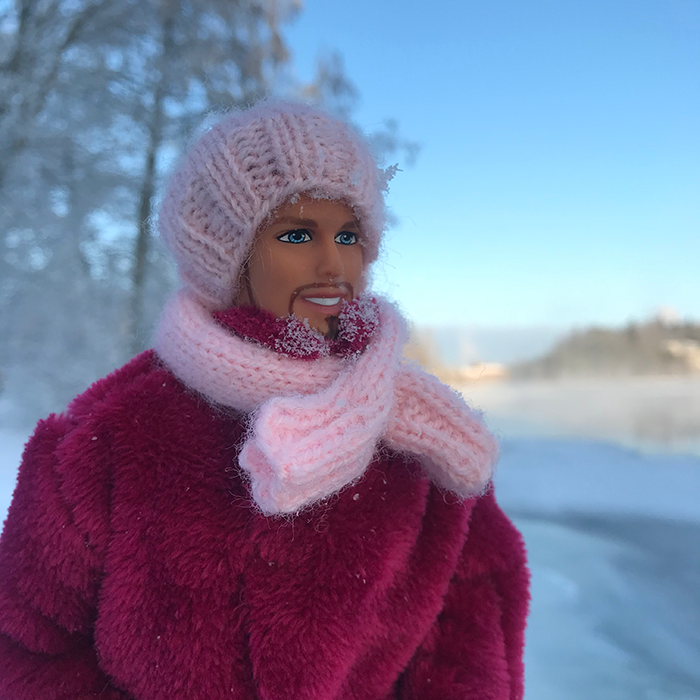 This is what winter should feel like! You can’t talk normally because your jaw is freezing and there’s frost on your eyelashes, hair and beard. 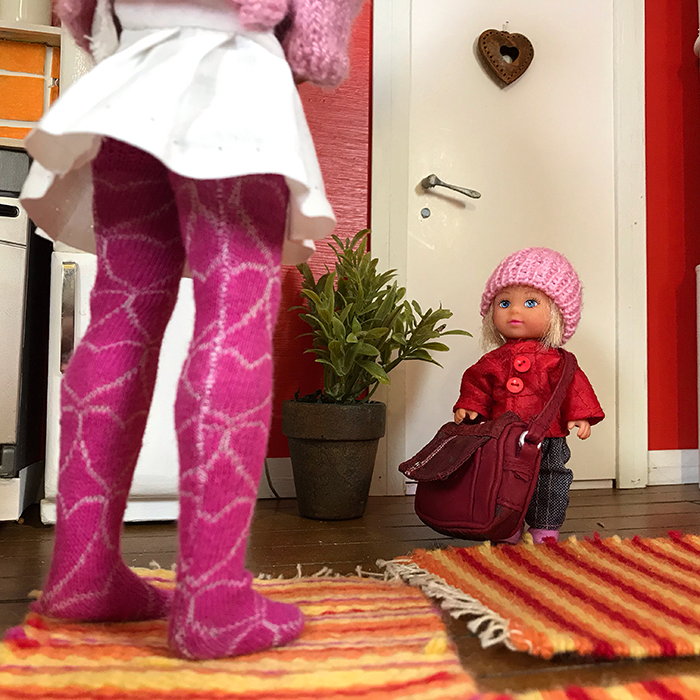 Ken invites Ritva for a a sleepover so they can do fun childish things together. 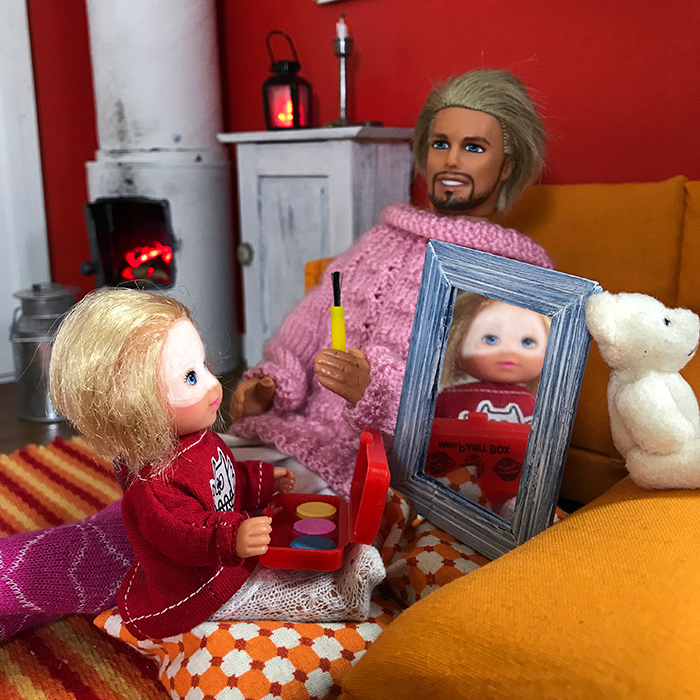 They decide to make face paintings to each other. 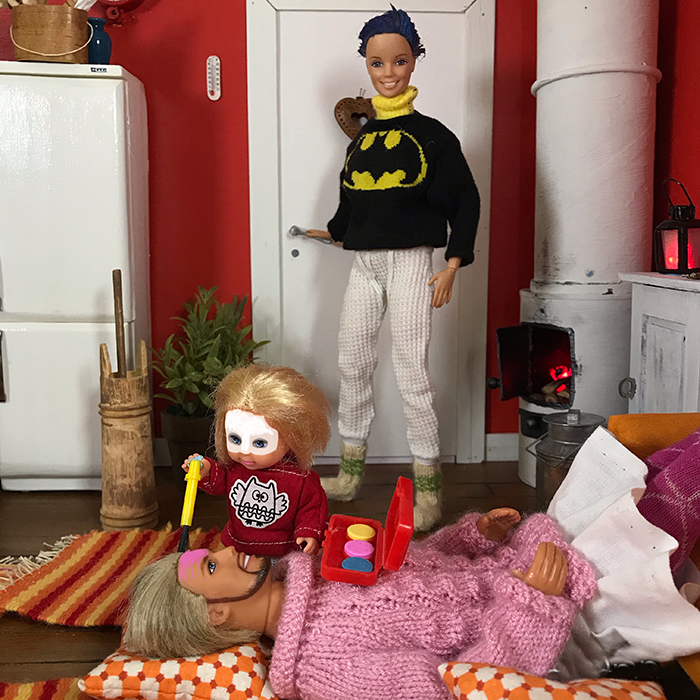 Kaarna has finished her Modern Family marathon and joins the girls’ night in. 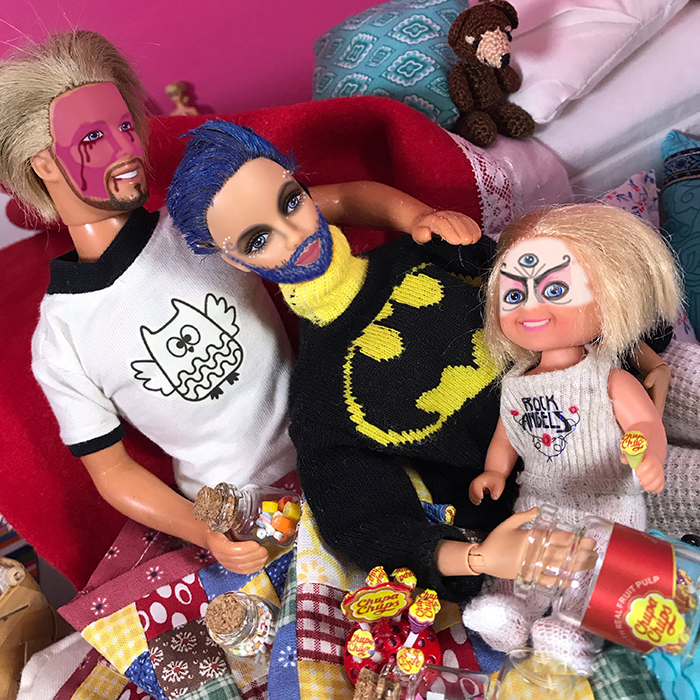 They make a bed on the floor and eat too much candy. - Do we have to wash our faces?- No, lets just go to bed with the paintings and let the sheets absorb the colour! 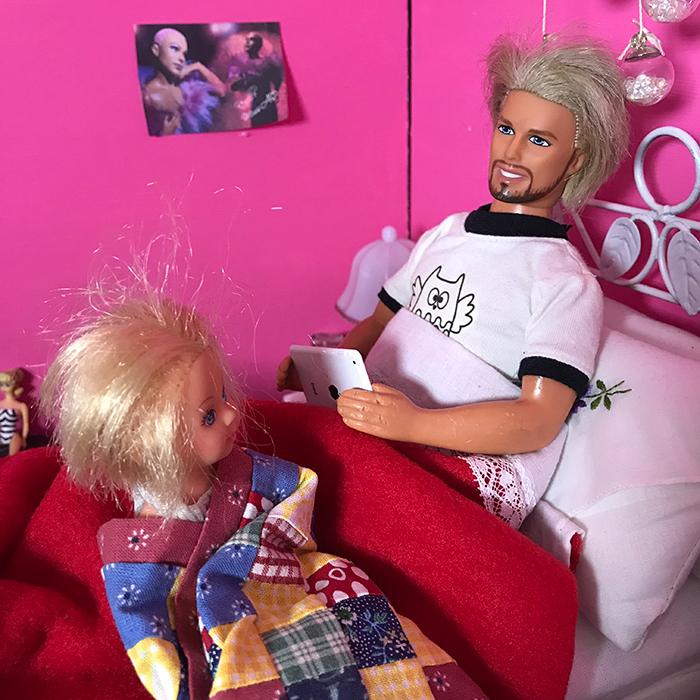 What a happy morning. It feels like a four year long nightmare has finally ended. Trump is gone and the Americans now have a normal president who already is making great decisions. Plus the social media is going nuts about Bernie Sander’s mittens. 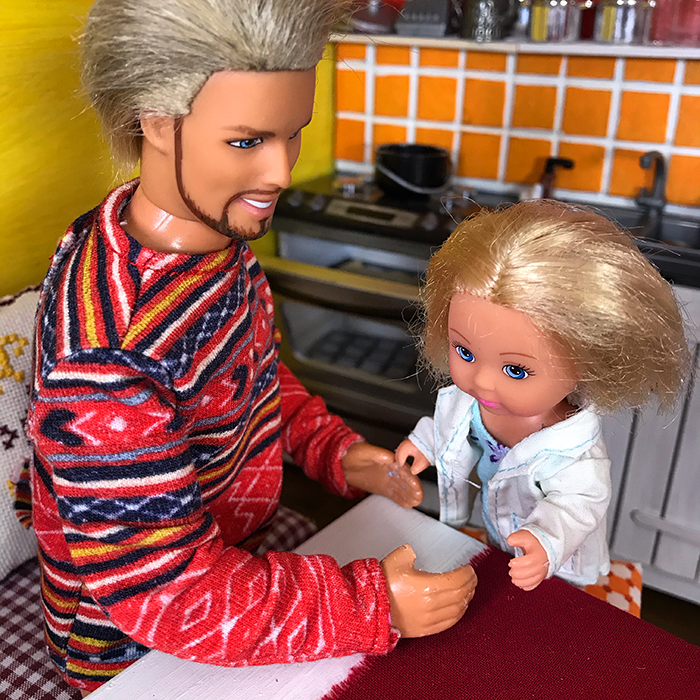 Before leaving, Ritva checks Ken’s missing thumb. It fell off before Christmas with no reason at all.- My professional opinion is that you should consider a body transplant surgery. It’s a sad fact that this 90’s body won’t last much longer, it’s become really fragile already. A new type of an MTM body would give you at least 10 more years to live. 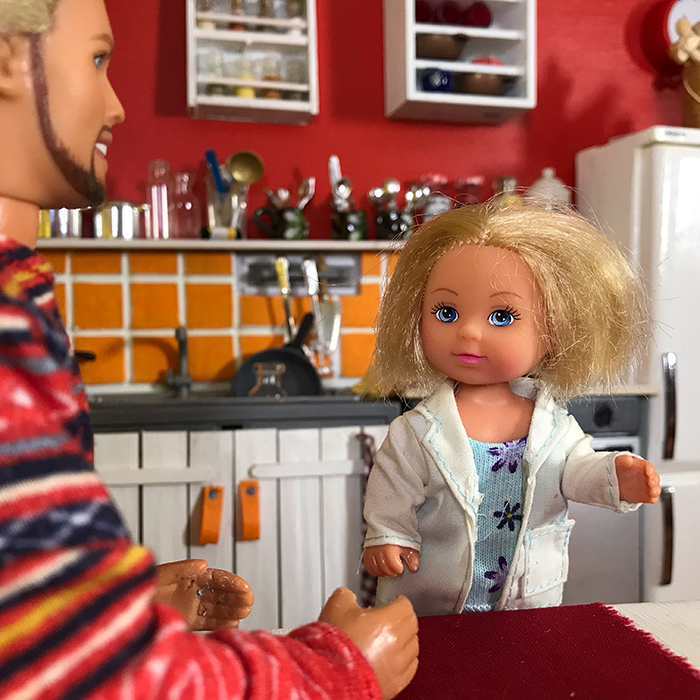 - I’m starting my internship in the transplant clinic in February. They give good discounts for the patients that let the interns do the surgery. - I didn’t know you are specializing in body part transplants!- I’m getting bored with the brain surgery. I need some change and this might be fun! - Scary... I remember how the new body changed Hector’s personality too...- We can always put you back into this old body, if you won’t be satisfied with the new one! You’ve got nothing to lose! 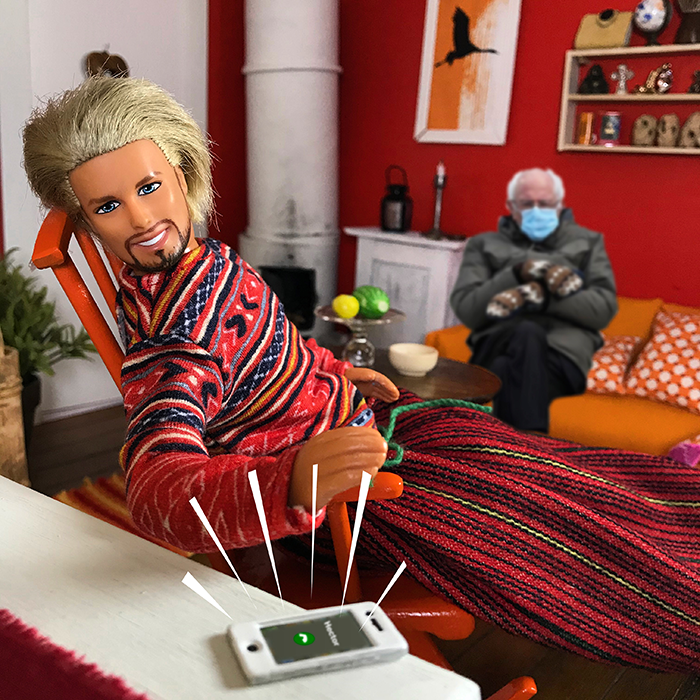 The phone is ringing. Ken hardly ever receives phone calls. Who is it? 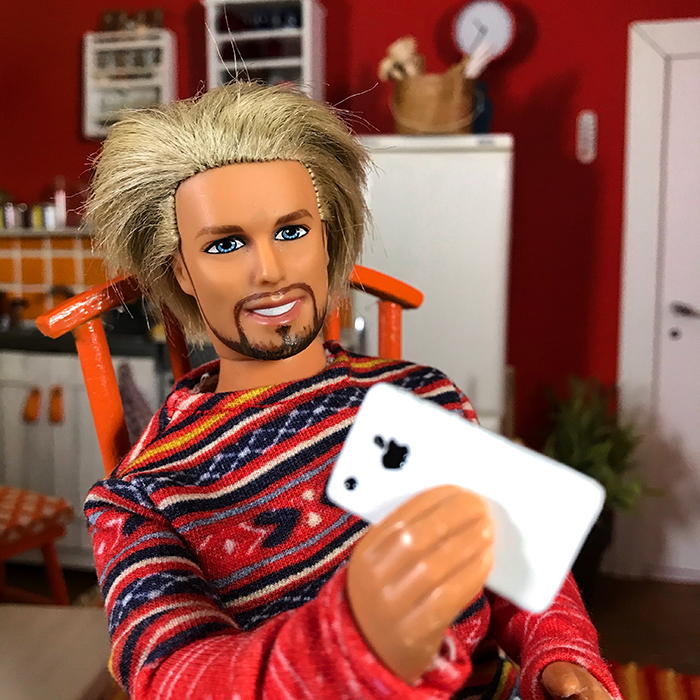 It’s Hector! Now this is a surprise...