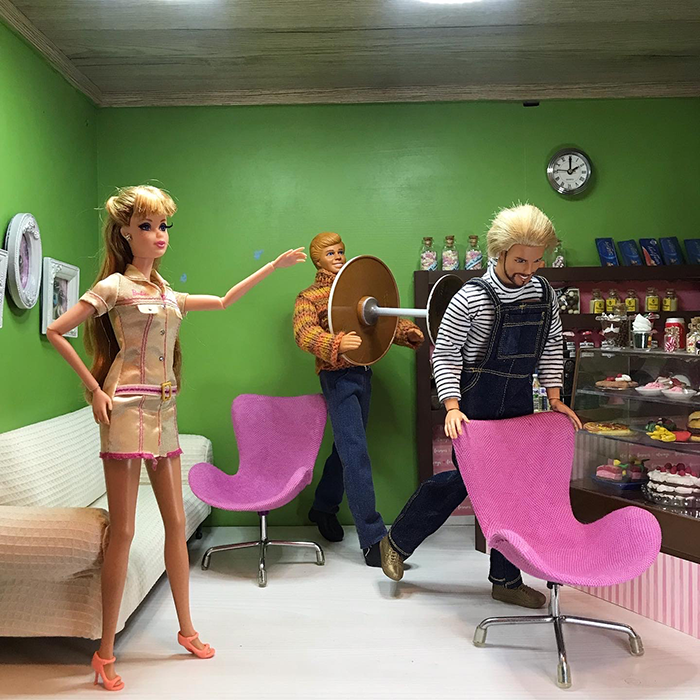 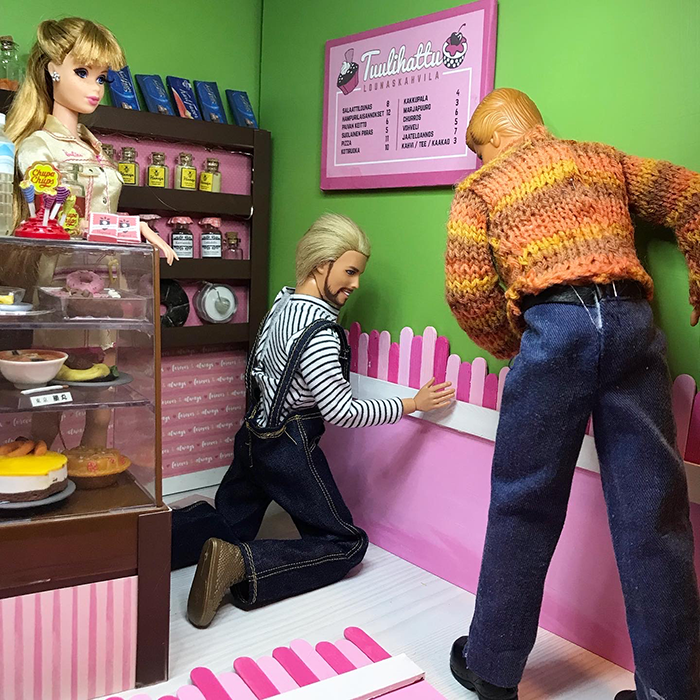 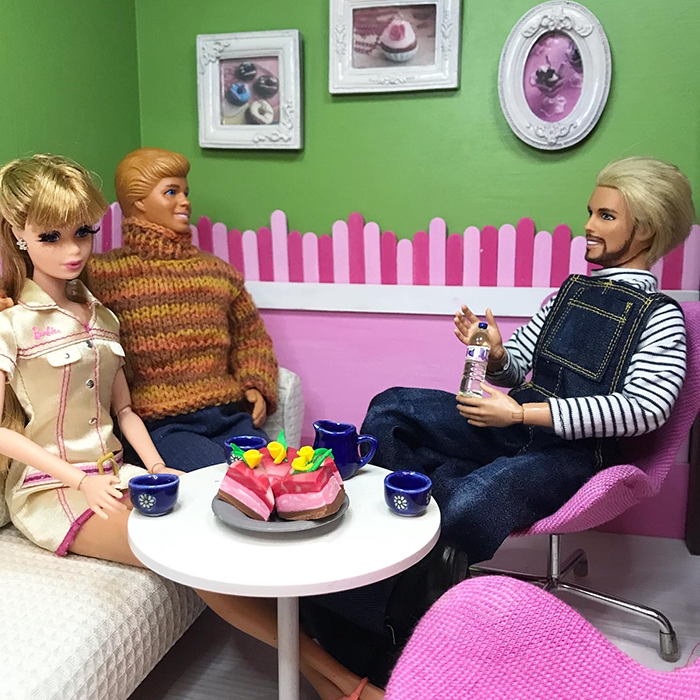 The boys are rewarded with plenty of good food though. That's women's job according to Lotta. 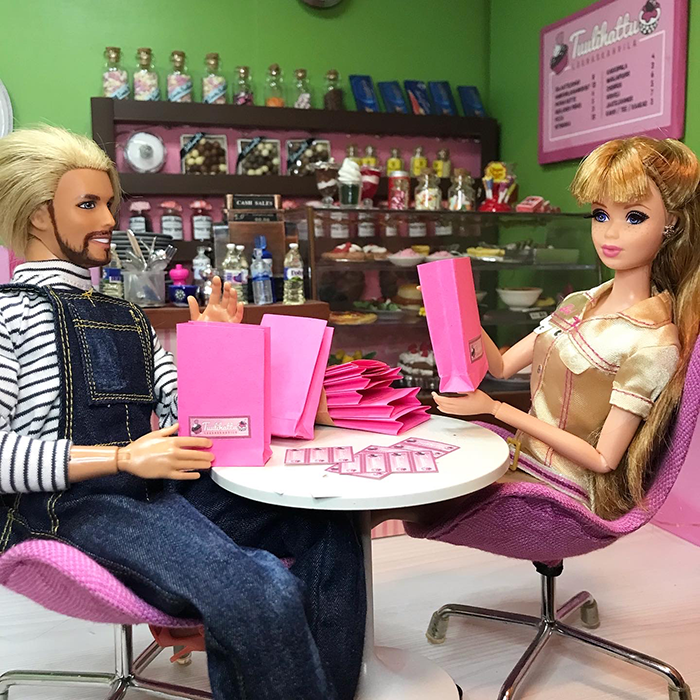 When Ken is glueing stickers on the gift bags and arranging the new menus, he feels a bit melancholy:- This is the best part of running your own business. Creating a cute boutique and doing these little things that make a big difference. Doing something you really love… Not sewing zippers in the corner of your bedroom! 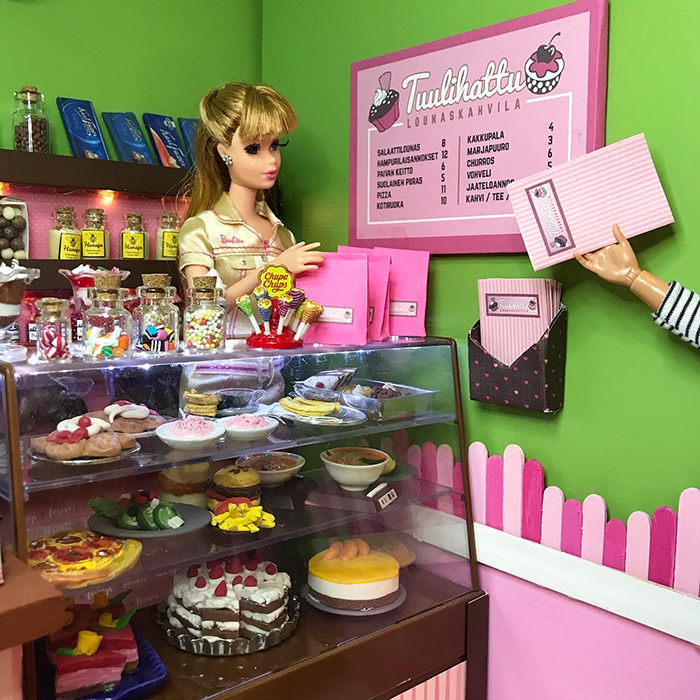 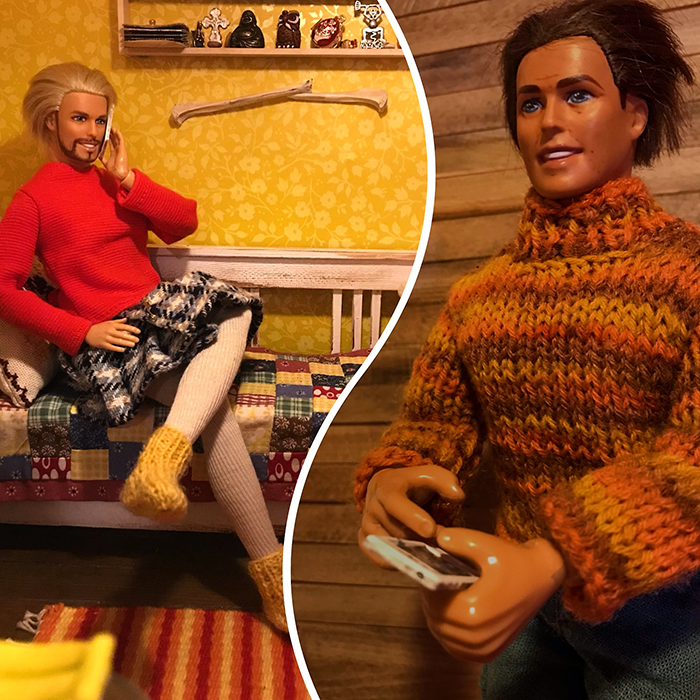 Hector is planning on riding his snowmobil across the country. Ken is shocked about this dangerous nonsense, but Hector is very excited about the upcoming adventure.- Can I stay at your place for a few nights? I want to visit mom, but you know how she fusses…- Yes, of course you can! Stay as long as you like. 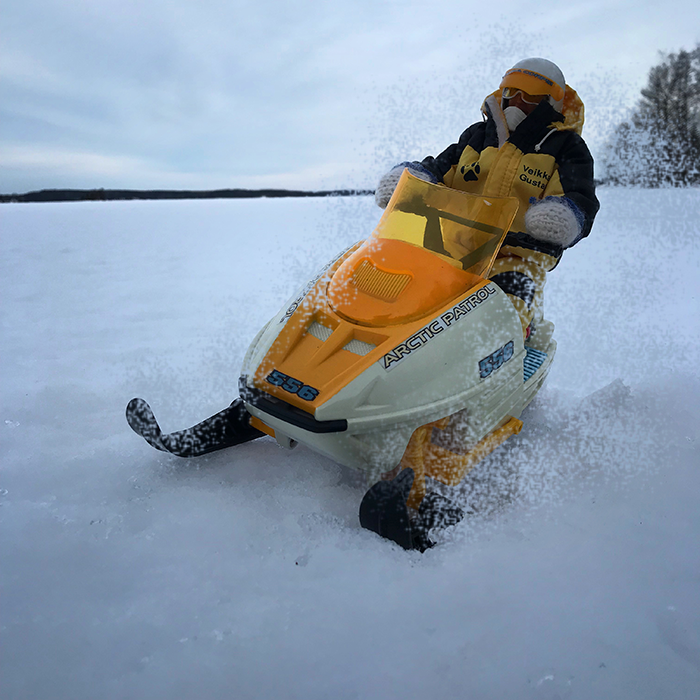 Even if Hector loves testing his limits, he now keeps a day trip relatively short, because this is hard for his physics. The whole journey takes five days. 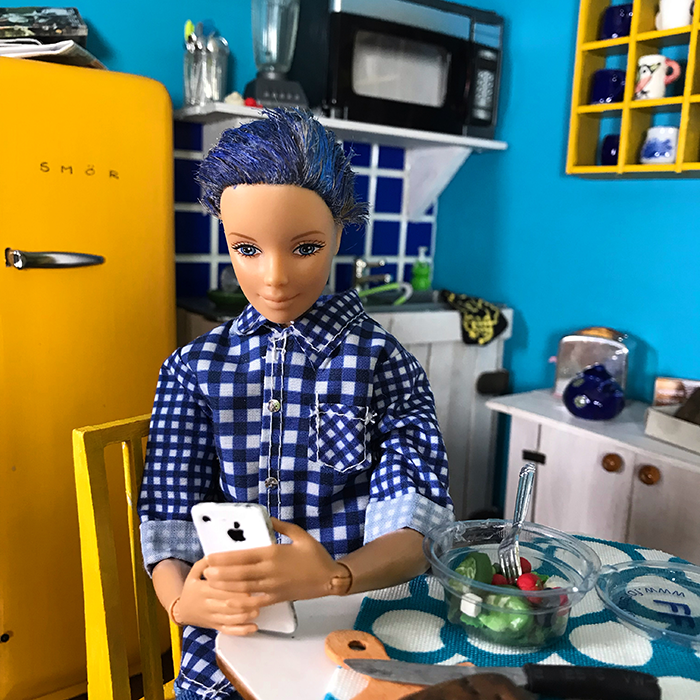 Kaarna waits for Mari to text her. Eventually by the end of the day she has to send her a message herself and ask how she is, trying to sound as casual as possible. This happens daily. - Am I pathetic? 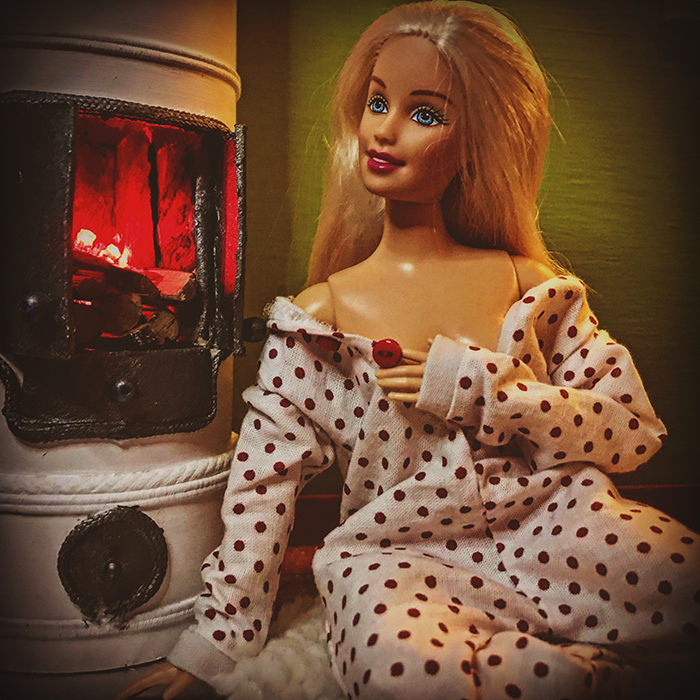 Kaarna sees a picture that Mari has posted on Instagram. It’s a photo that Kaarna took of her last weekend.- It was a private, beautiful moment and now she has put it out there for everyone to drool on. And she doesn’t even give me credit for the shot. Which is actually fine, because she has ruined it with horrible filters. Why does she post only photos of herself? Selfies or other portaits… and suggestive poses… Who is she trying to tempt with all this? Fuck this! I hate social media!!! 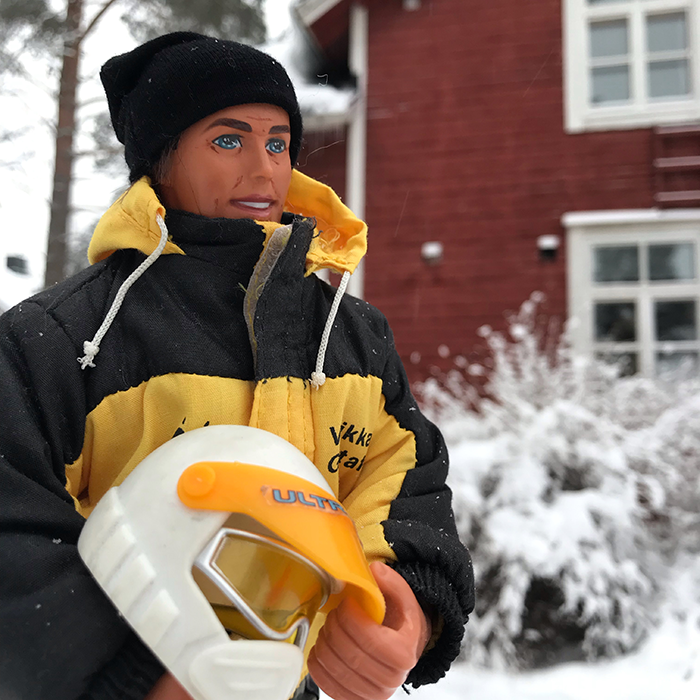 - So this is Ken’s new neighborhood. Very idyllic! 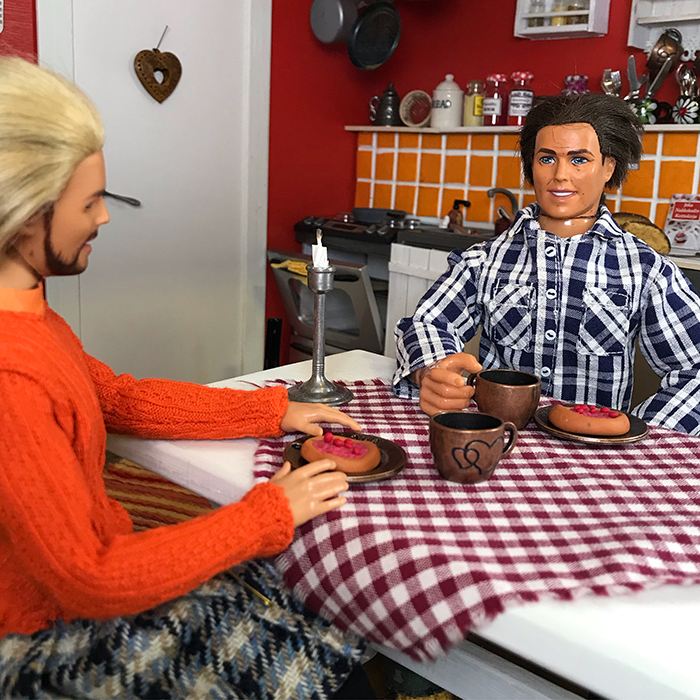 It’s a familiar and yet a very strange feeling at the same time, to have Hector sitting in Ken’s kitchen. Hector soon continues his trip to his mother, who obviously will be serving a table full of food. That’s called the Carelian hospitality. And it’s not an option to refuse to eat it all. 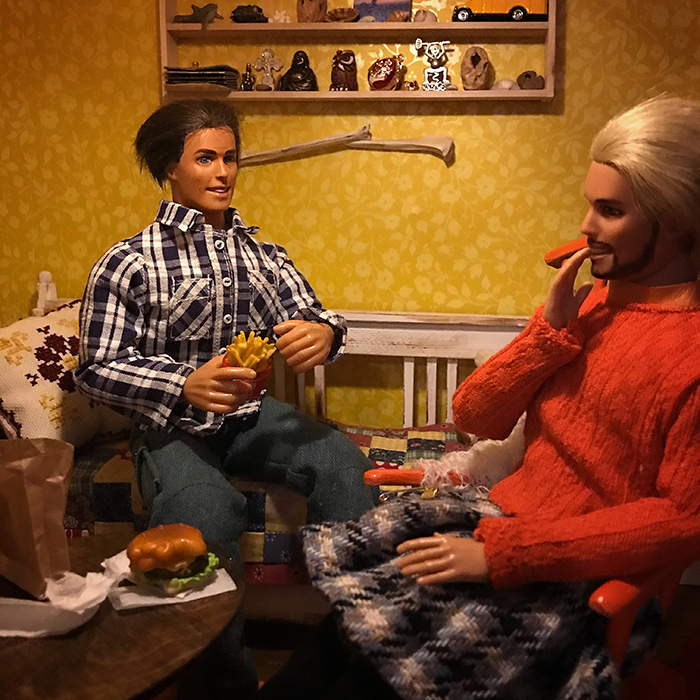 In the evening Hector comes back with bad news.- Mom is not in a good shape. The fridge was almost empty. I went grocery shopping and made her soup. She’s so stubborn. She needs help but she won’t admit it. 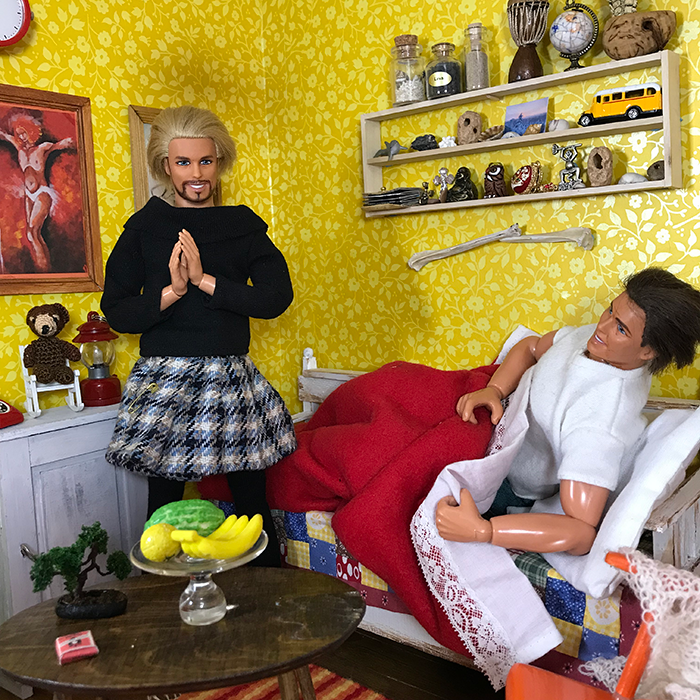 In the morning Ken wants to prepare a giant breakfast a la Carelian hospitality, so that Hector would have strength to take care of his mother’s situation.- I’ll go and invite Kaarna for breakfast too! I want you two to get to know each other!But Hector laughs:- I wouldn’t do that if I were you. She’s not alone there and based on the noise last night they’ll be sleeping late today.- Noise?- Even through these log walls I could hear that they had an amazing night. It finally stopped at 2:30 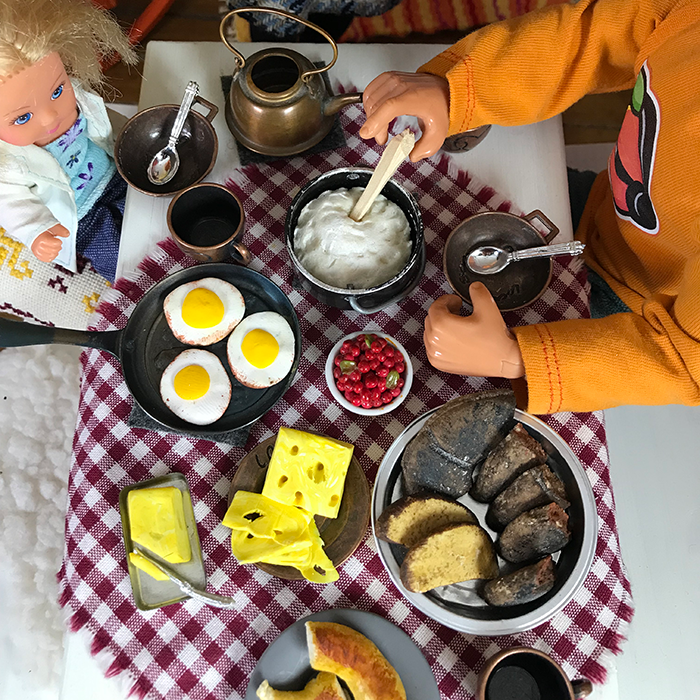 Hector asks Ritva to come along and check on his mother so she joines them for breakfast first. 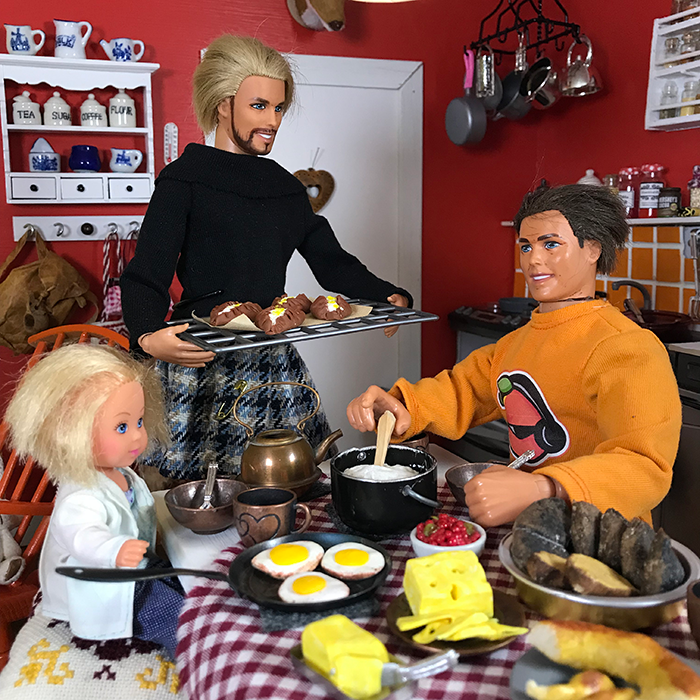 - This is like in a hotel! I hope your snowmobile can carry us after this!- Your weight just might be too much! Hector smiles and everyone feels comfortable. This is like in the good old times. 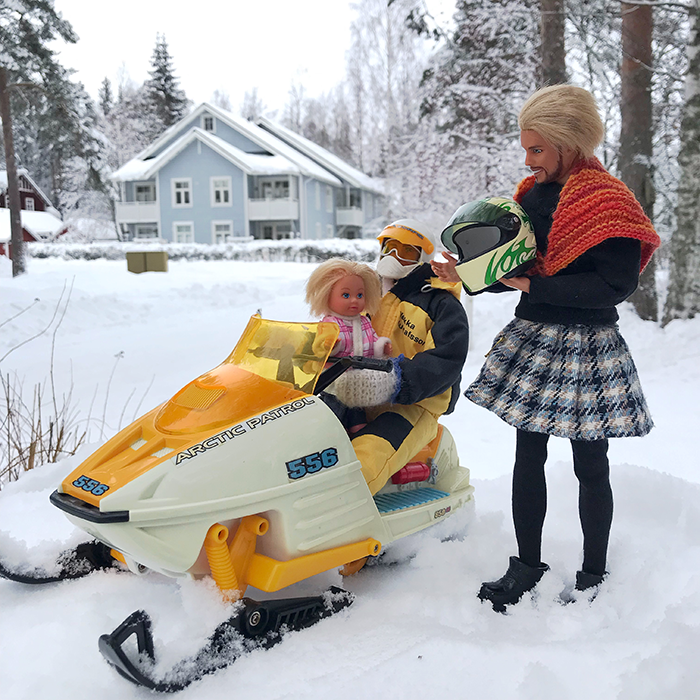 Ritva is thrilled about the ride.- Stay safe, you two, Ken waves his hand. He’s not really worried though. Hector is the best driver and the most responsible person he has ever known. 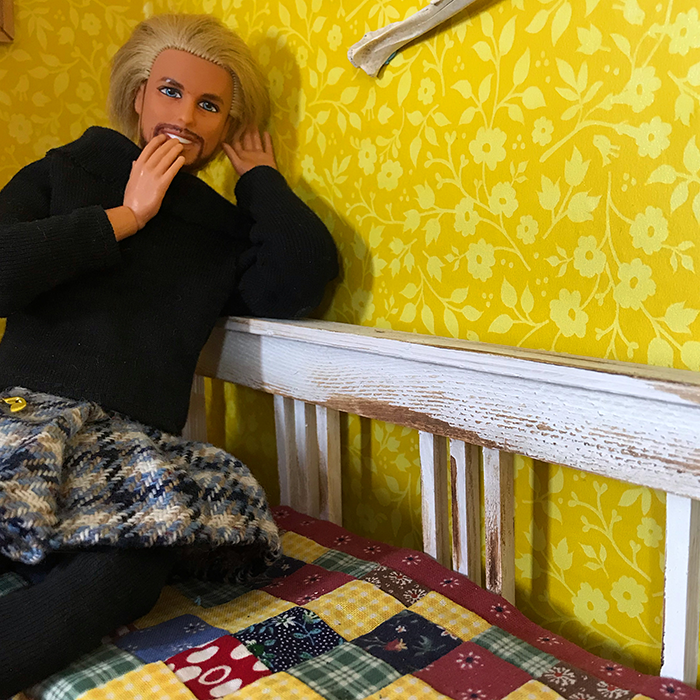 Ken can’t believe his ear, which happens to be pressed against the wall. Someone is playing a guitar in Kaarna’s apartment.- I thought Kaarna might be having sex with Taylor again, but no… Taylor isn’t musical at all. Who can it be? I can’t live with this curiosity, but if Kaarna had wanted me to know about this person, she would have told me about them. 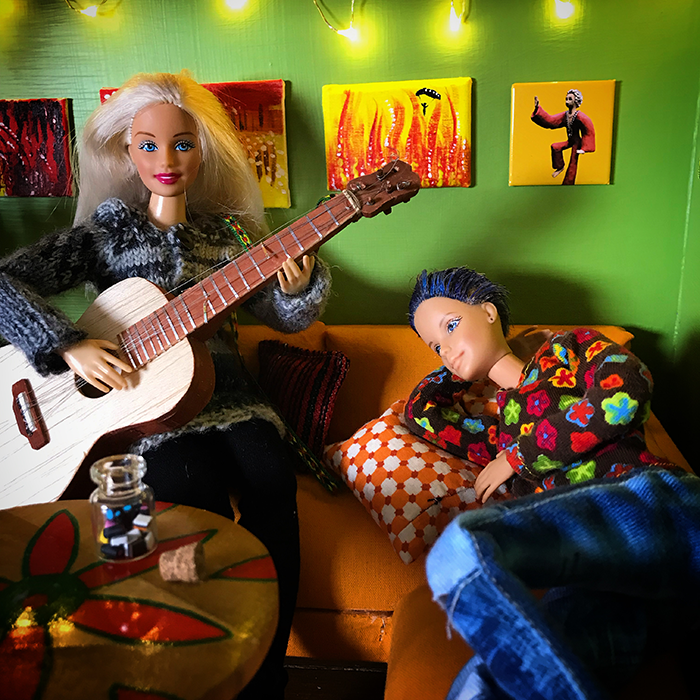 Mari has brought her guitar this time. She loves music and Kaarna loves to hear her play. Kaarna can’t believe that this is really happening. Mari is beautiful, funny and artistic. The sex is unbelievable and they both like to cuddle a lot. There’s nothing more she could hope for. 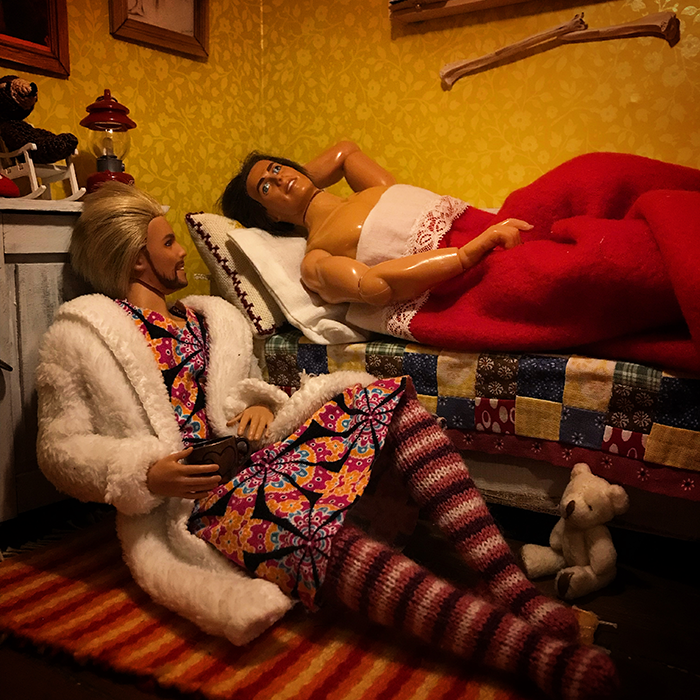 It’s been a long day. Hector tells about his mother’s situation:- She doesn’t take her meds like she’s supposed to, she doesn’t eat properly and she even has difficulties to shower. Ritva told her that she needs a practical nurse to visit her at home. - That’s good, right?- It would be good, yes. But mom refused. She said she won’t let strangers take care of her. 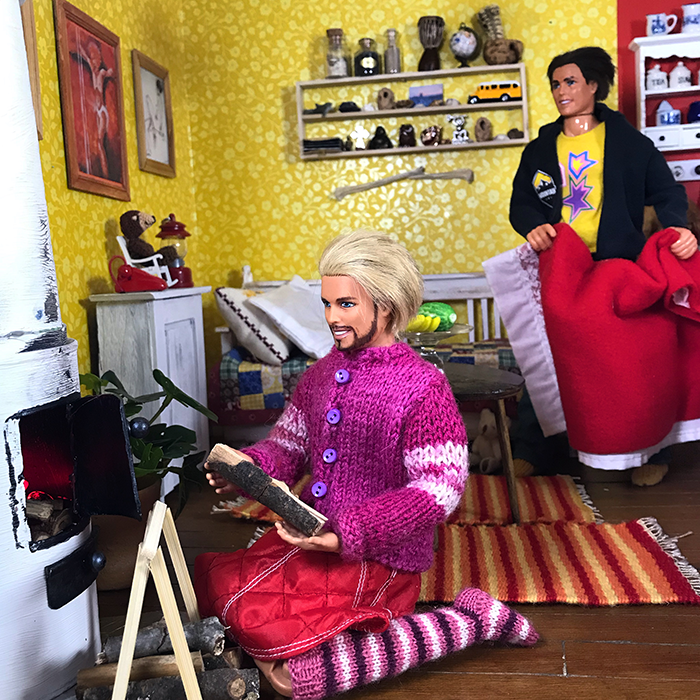 It’s the last day of Hector’s visit. He says:- I’ll go back to Salla for now, but I’m going to move back here and take care of mom. Could you help me with finding a rental apartment somewhere close to her?Ken is surprised:- Sure I can help… but what about your job as a wilderness guide?- I’m done with taking rich foreigners to snowmobile safaris anyway. I’ll give in my notice as soon as I’m in Salla.- And Santtu…?- We have already left each other behind. He won’t mind at all.- Oh…? 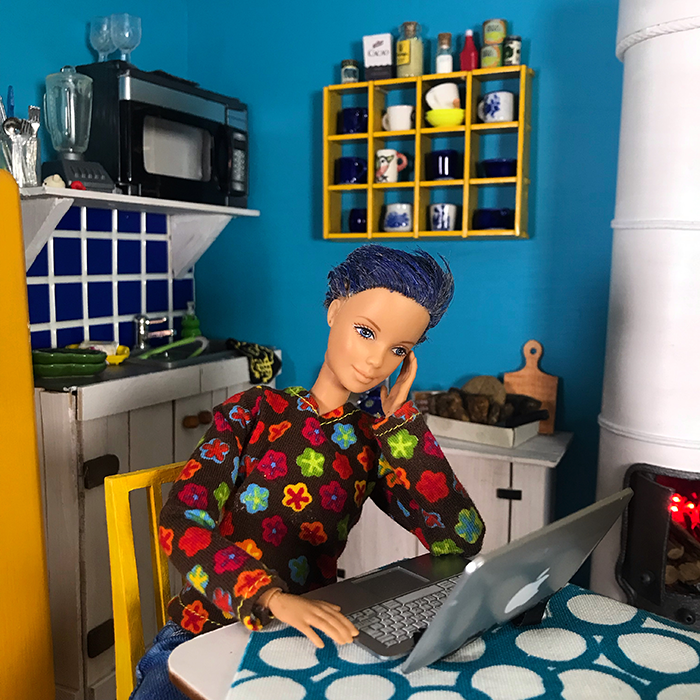 Mornings with Mari are still not easy for Kaarna. She tries to be silent, reads the news for hours and gets depressed about the world. She feels like a stranger in her own home. 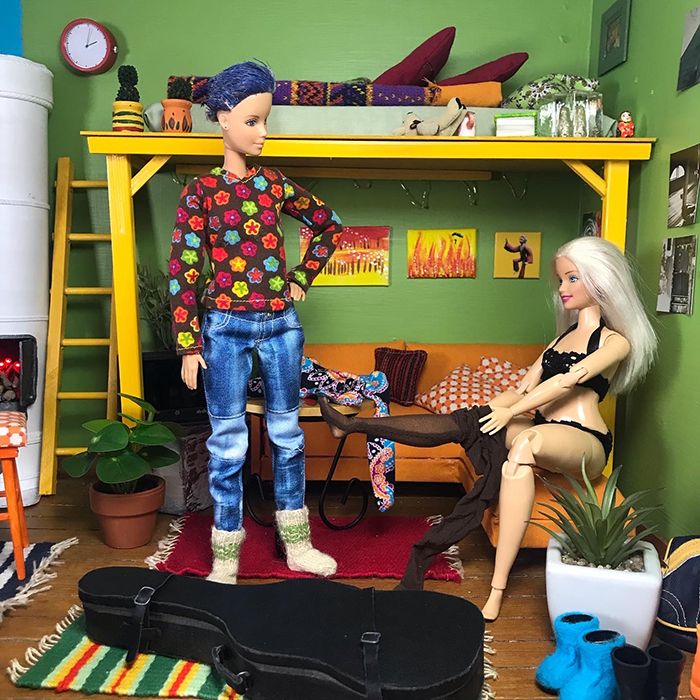 Mari can’t understand Kaarna’s frustration:- For heaven’s sake woman! Why don’t you go and shovel snow or whatever your usual morning outdoor routine is? Live your normal life! You have like four hours of quality time when I’m sleeping! Enjoy it!!!- But I want to go out with YOU! 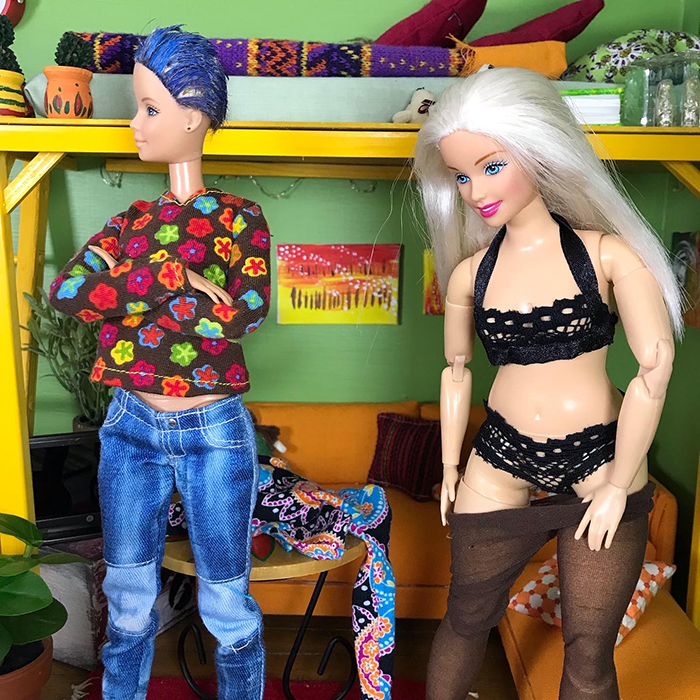 - Well I don’t enjoy fresh air! Besides I don’t have time for this now! I’m going to be late for the rehearsals.

And then she goes and they both are in a bad mood.