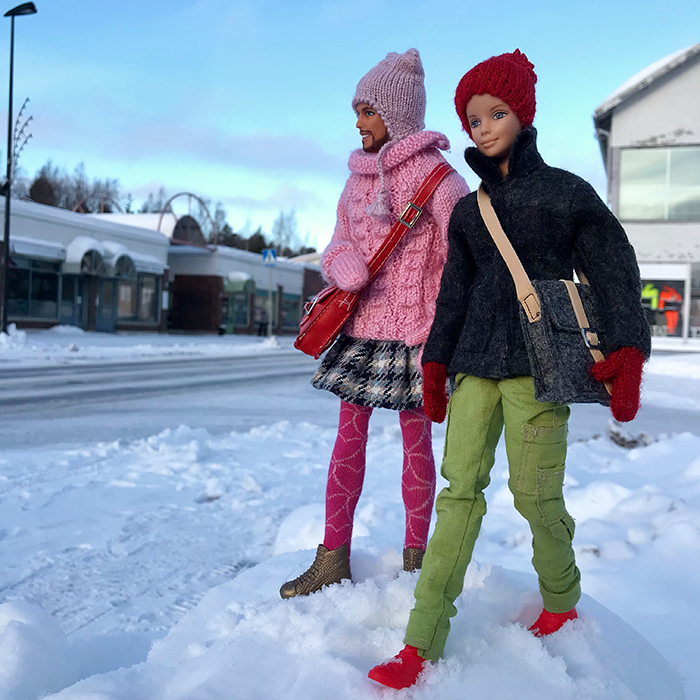 To distract her mind from Mari, Kaarna decides to go to the movies. Ken comes along:

- I wonder if Jackass is still as funny as it was 20 years ago.- Has to be. I can’t handle any disappointments. 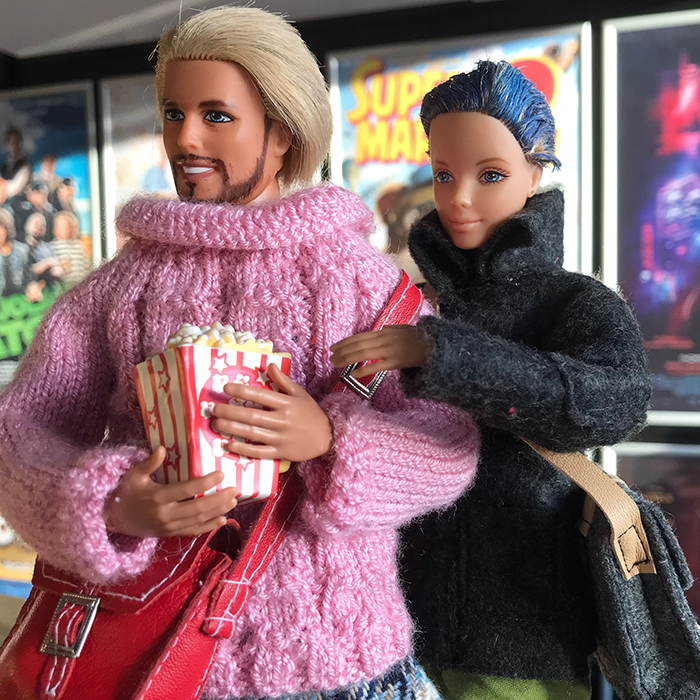 Ken usually loves going to movies alone, but when it comes to crazy comedies, he prefers having company. It’s nicer to laugh out loud with a friend. Even with someone who steals your popcorn. 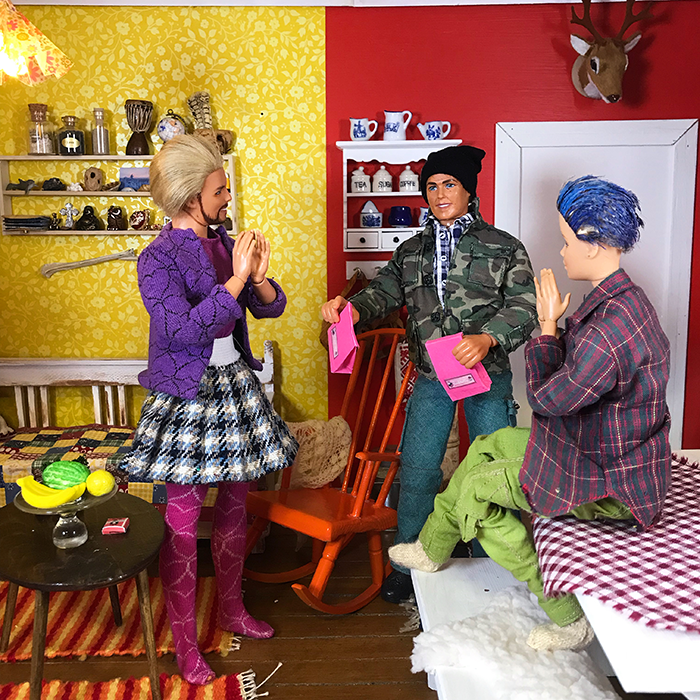 Hector comes to visit Ken. He needs a relaxing evening after taking care of his mother.- I brought sweets from Lotta’s.- Once a feeder, always a feeder, Ken laughs.- Maybe we can have a movie night or something? Hector suggests.- I’ve given my TV to Kaarna, but we can play relaxing board games.- Sounds perfect!- I’m in! Let’s see what’s in the bags! Kaarna rejoices. 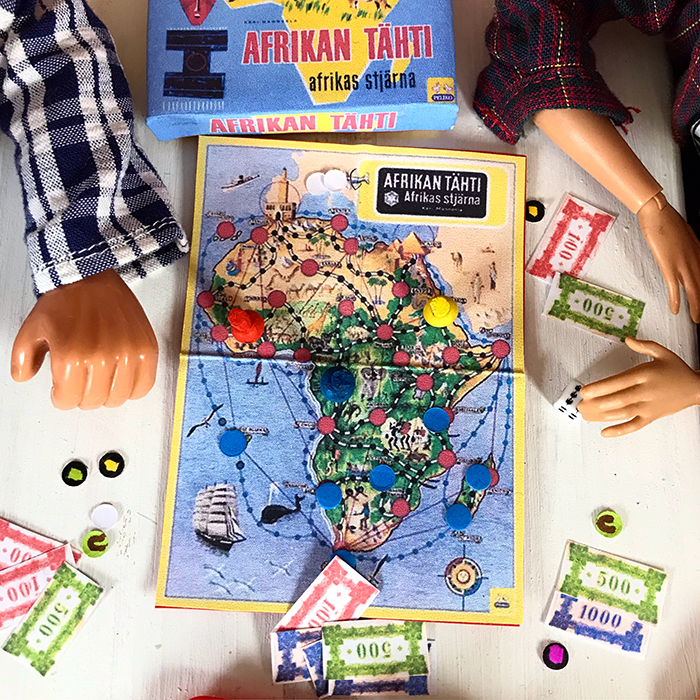 Ken chooses the game. It’s a classic that has never caused any fights. No need for a talent of any kind, it’s all about having a nice time together. 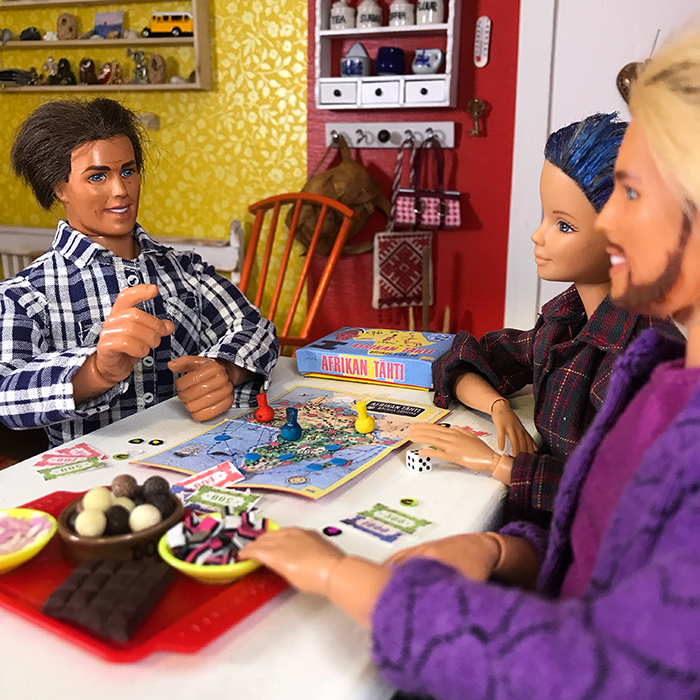 - Could you guys come ice skating with me some day, if the snowing ever stops? Hector asks.- I don’t have skates, Kaarna says.- I’m sure we can borrow from someone. You could ask Mari? Ken suggests.- No way I’m asking anything from her. She’s not even answering my texts! 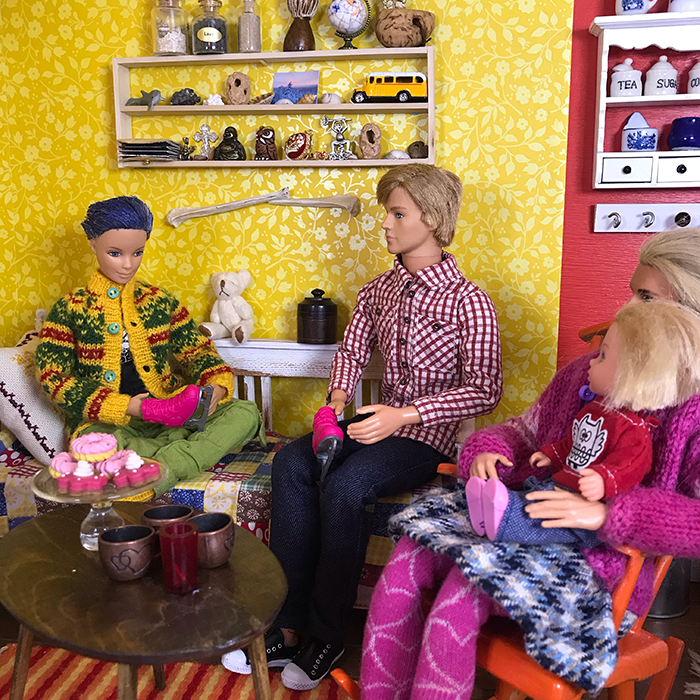 Kaarna is very suspicious about the idea of ice skating, but she knows that she has to have someting else to think about than Mari’s disturbing silence. Veli is happy to donate Kultu’s ice skates to Kaarna. 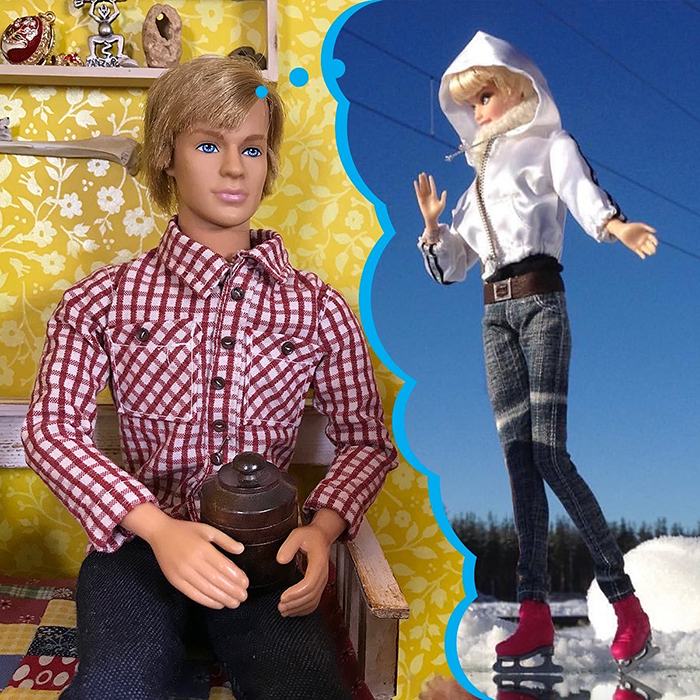 - Kultu loved ice skating! And swimming. Water in all its forms was her element, Veli reminisces. 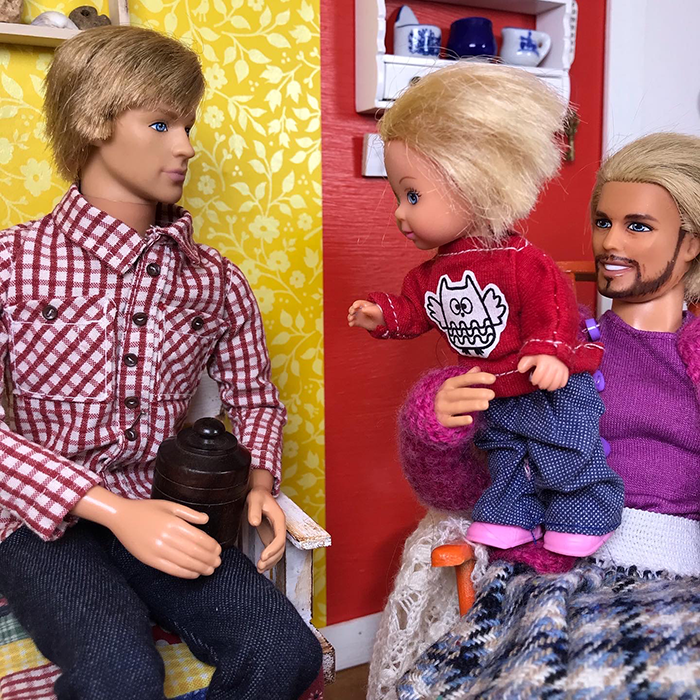 - Yes, exactly. And I’m absolutely sure that water is where she wants to be. It’s time to release her, dad. You’ve been carrying her around for over four years now. 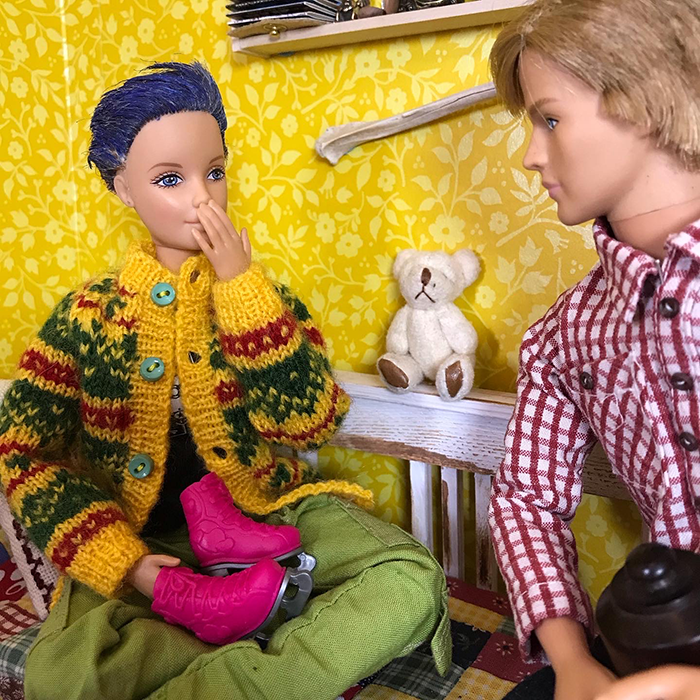 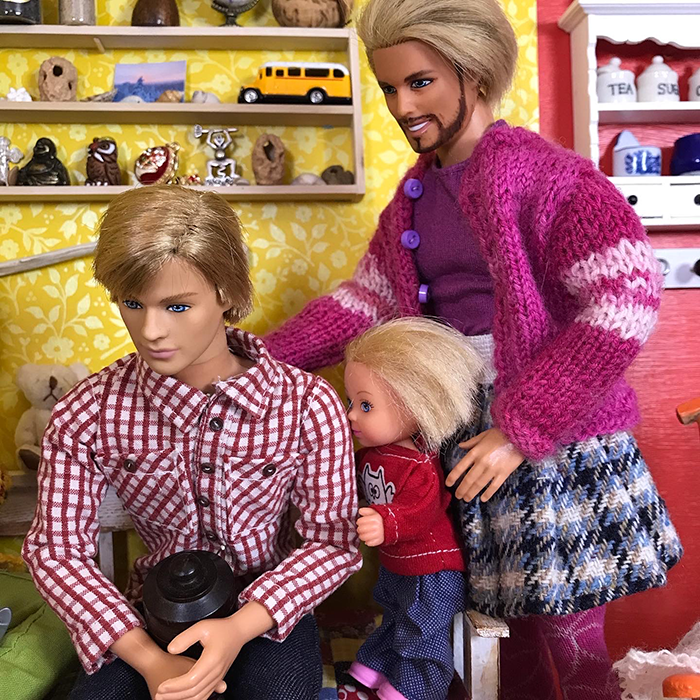 - Except you, dad. You need to let go.- We all are here for you, little brother. We’ll do it together. 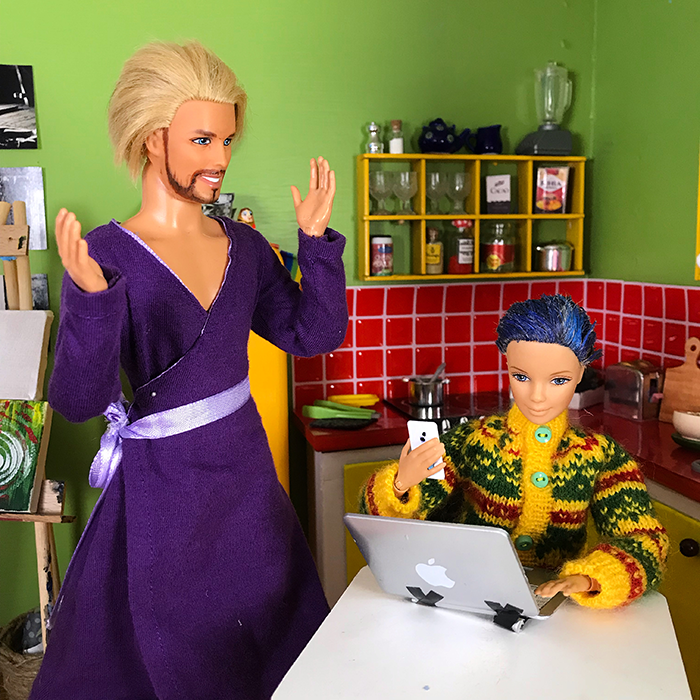 Putin has started a war against Ukraine. Kaarna can’t stop reading the news. She feels tremendously bad for the people who are suffering. Ken tries an intervention:- Stop that right now. Close the computer and give me your phone. If you read the news 24/7 you’ll only hurt yourself but you’re not helping anyone! There’s a line between compassion and self harm! 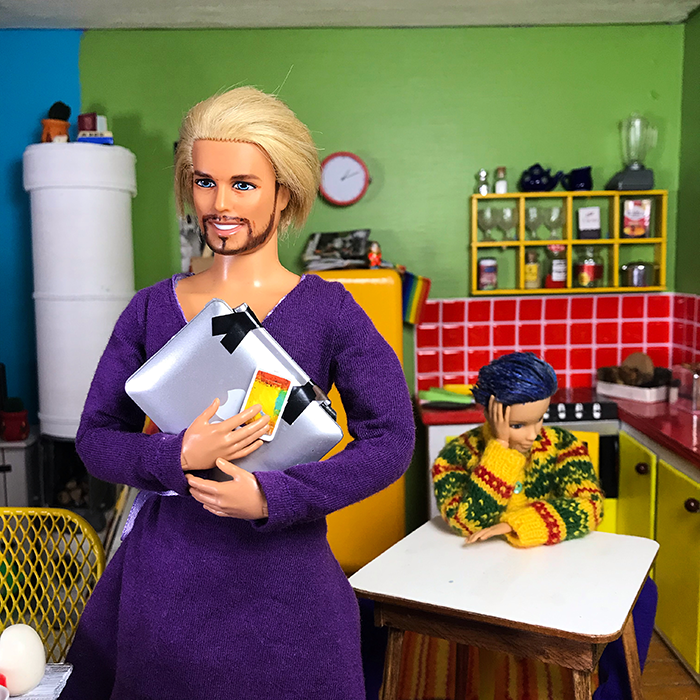 - This war is a terrible thing for the good people on both sides. I understand why you feel horrible. I do to. But you have a fragile mental health, so don’t risk it even more by immersing yourself in the news. Now get your ice skates, it’s time to enjoy the good things we still have. 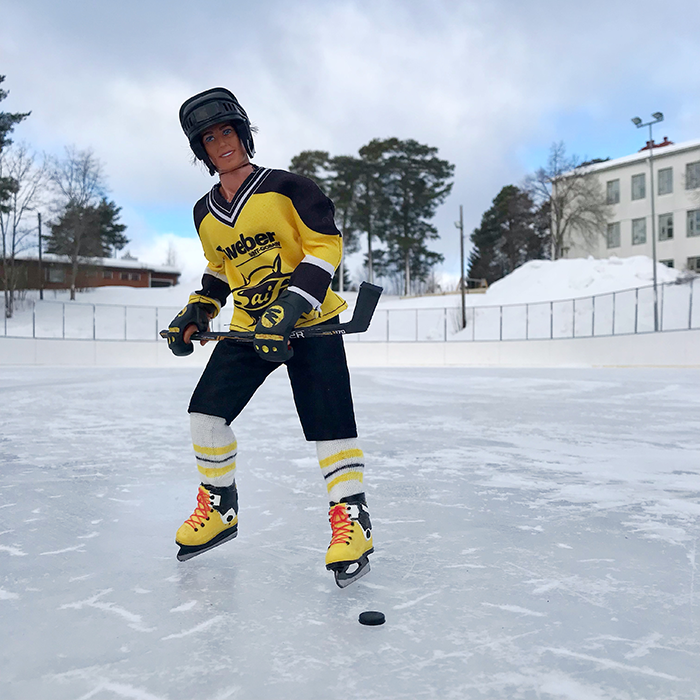 Hector is already on the ice waiting for Ken and Kaarna. They won’t be playing hockey with him, but it’s nice to have company. 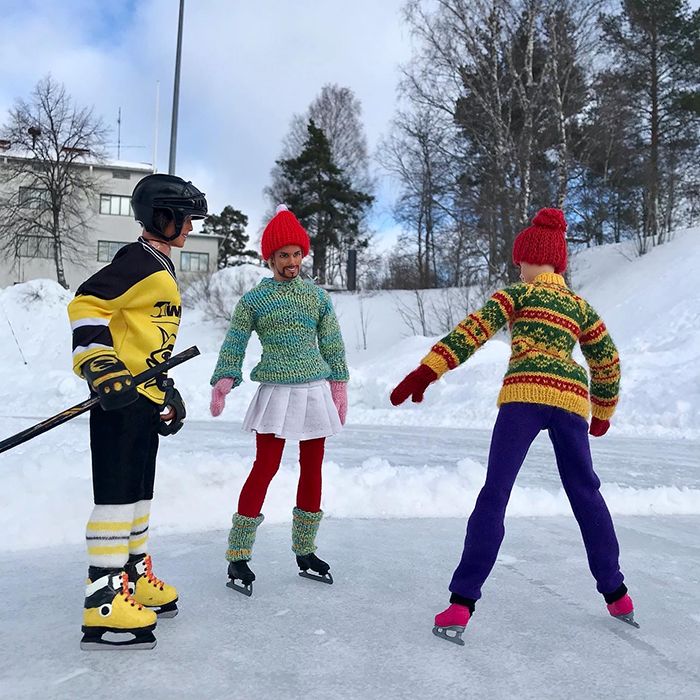 Kaarna looks at Ken’s ice skates:- They look older than you! - That’s because they are older than me! They are made in Czechoslovakia! Look, the blades are made of real steel, not plastic like yours, Ken says. 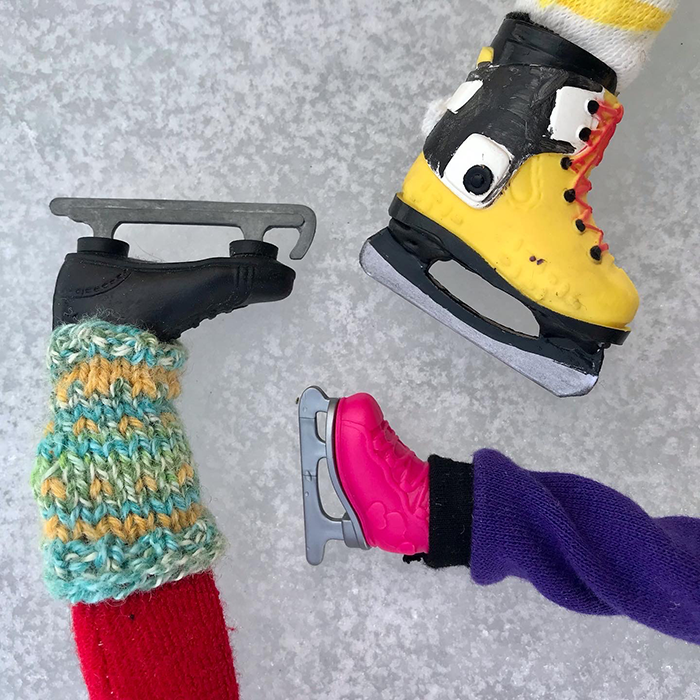 - The things made in the Eastern Europe back in the days were made to last. Those skates are going to outlive us all. 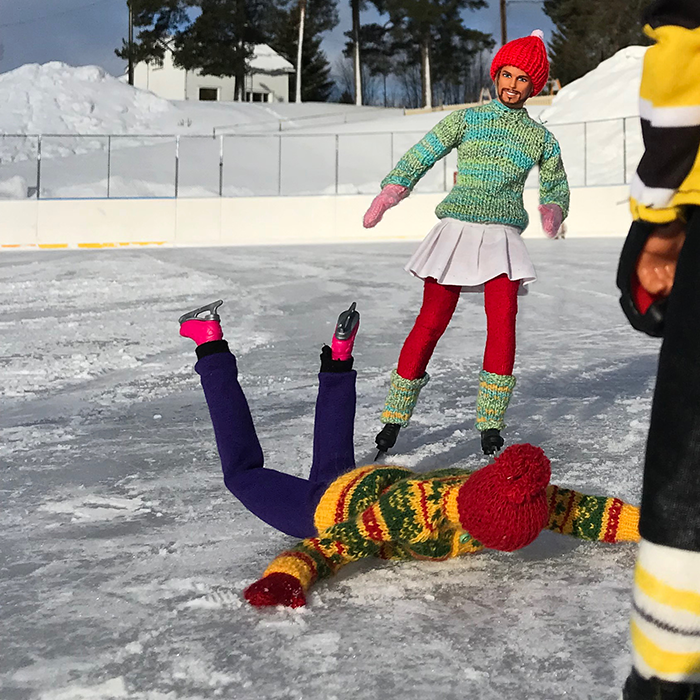 Neither Ken nor Kaarna has been ice skating in years. Ken feels wobbly but Kaarna has major trouble staying up. She hasn’t been on skates since she was 15. 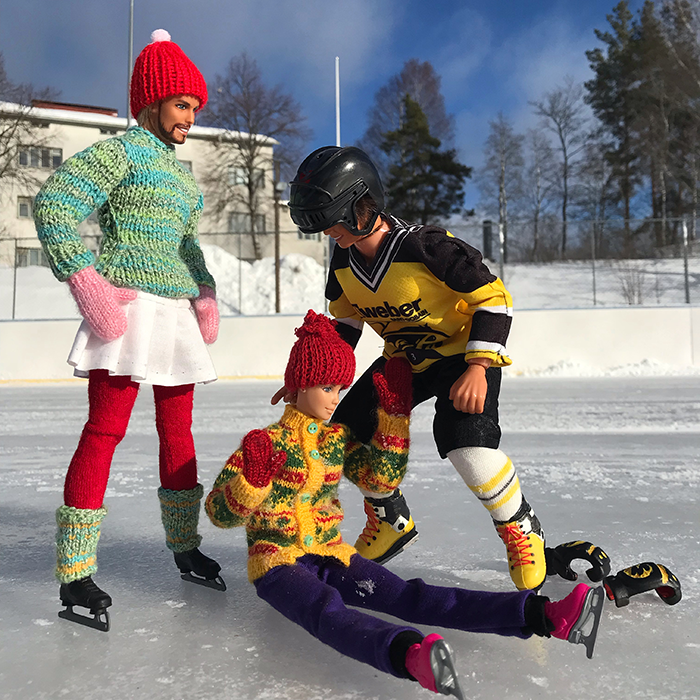 Hector rushes to see if Kaarna is okay.- That must’ve hurt! Are you in pain?- No compassion, thank you!!! Kaarna yells and Hector looks surprised. Ken explains:- Don’t pay any attention to her when she hurts herself, or she’ll start to feel sorry for herself and cry. And she doesn’t want you to see her cry. 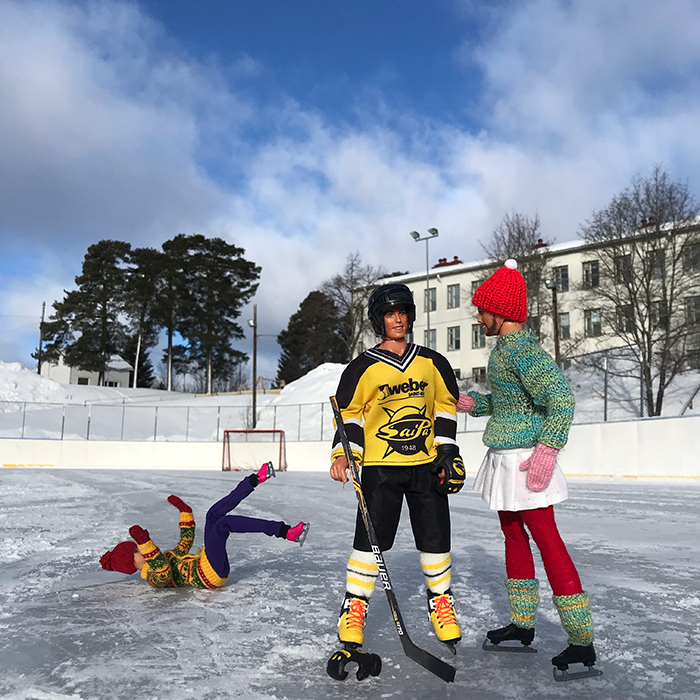 Hector is wearing a hockey shirt of the local team and Ken says:- So you’re still a fan of SaiPa even after all these years you didn’t live here?- Of course. I might leave Carelia, but Carelia never leaves me, Hector smiles and hears Kaarna falling down again.- Next time you’ll be wearing a helmet! Ken shouts.- What next time????!!! Fuck the ice!!!! 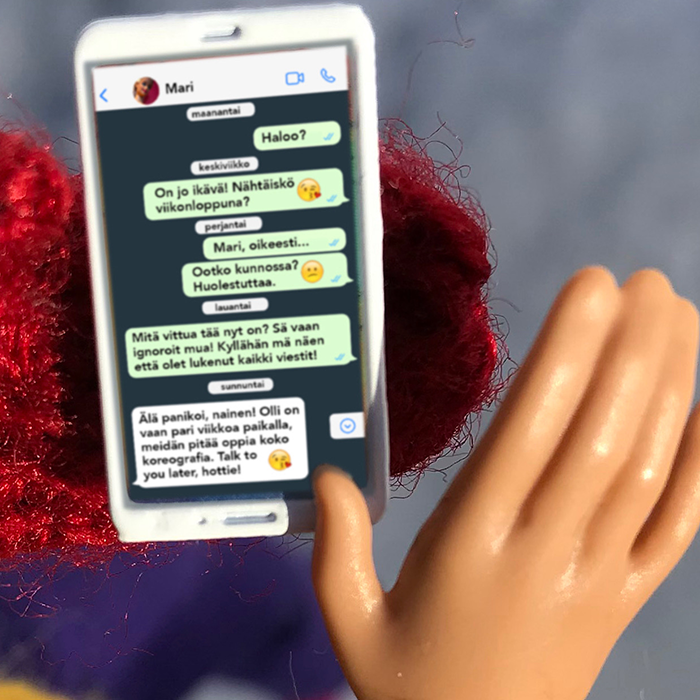 Finally Kaarna’s phone beeps Mari’s special WhatsApp signal. After ignoring Kaarna’s messages all week, she says that their choreographer is here only two weeks and they are busy with the rehearsals. 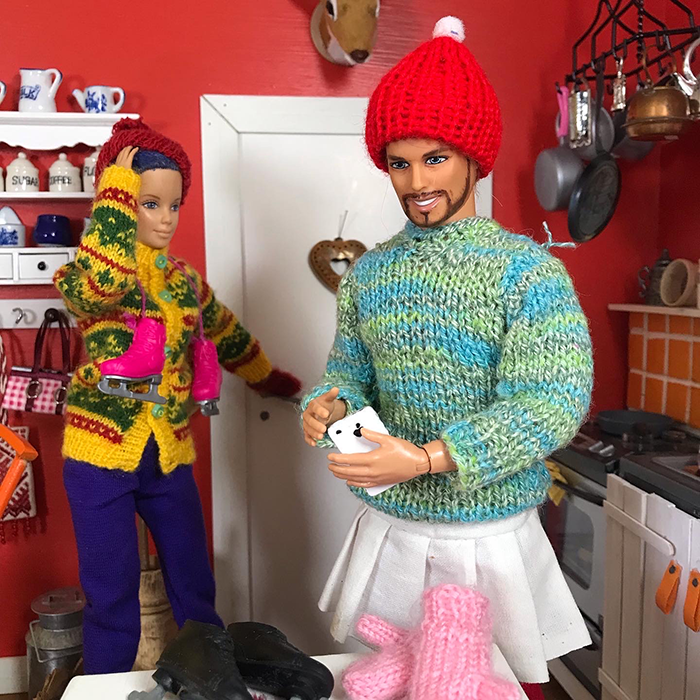 - My tailbone must be broken, Kaarna complaints.- Ooooh, Miss Amadoria has sent me a message!!!!- He’s at same production with Mari…- He asks if I want to have lunch with him tomorrow!!!! 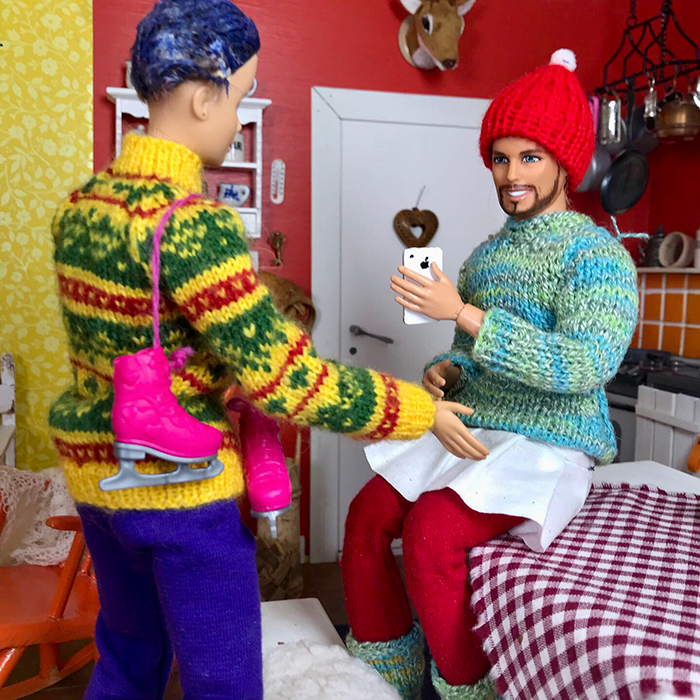 - Are you fucking kidding me?! Mari is too busy to type “hello”, but Olli has time to meet you!!!!! Fuck fuck fuck fuck everything!!!!! 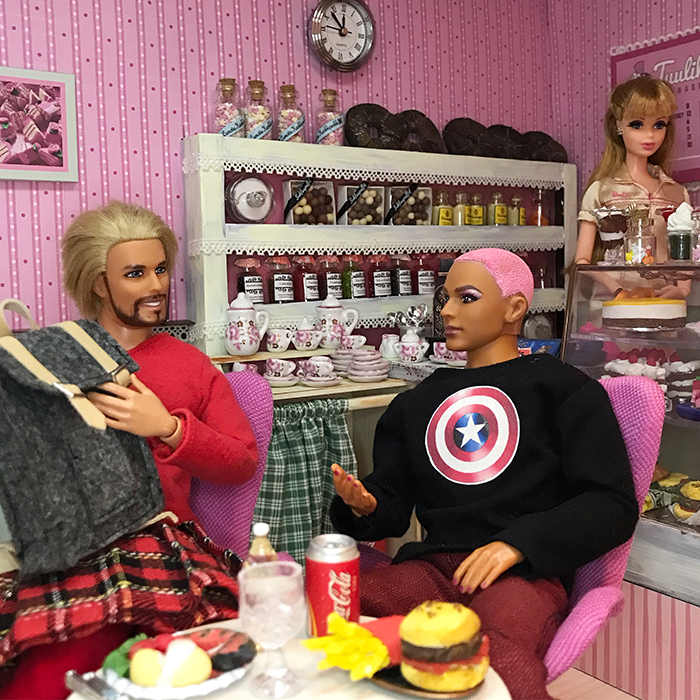 Olli has been super happy with the corset Ken made him and he wants to order another one. - It fits perfectly so no changes needed in the pattern. But I’m not sure about the color, maybe something…- Let me grab my notebook and pencil, I’ll write it all down! 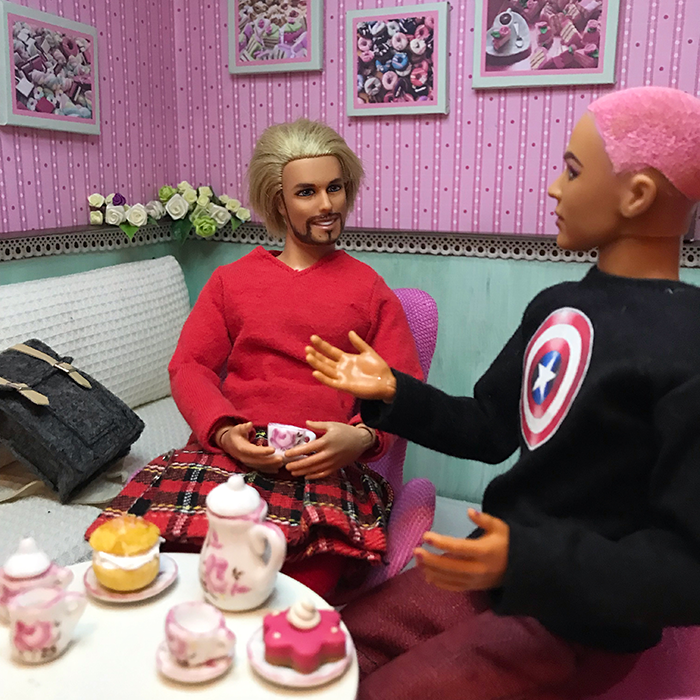 After they have figured out the corset design, Olli starts to chat about his private life. He tells about the problems he had in his previous relationship and about his new boyfriend. He’s obviously a very open person. Ken is overwhelmed. His transition from a crazy fangirl to a seamstress and then to a friend has been fast and unbelievable.