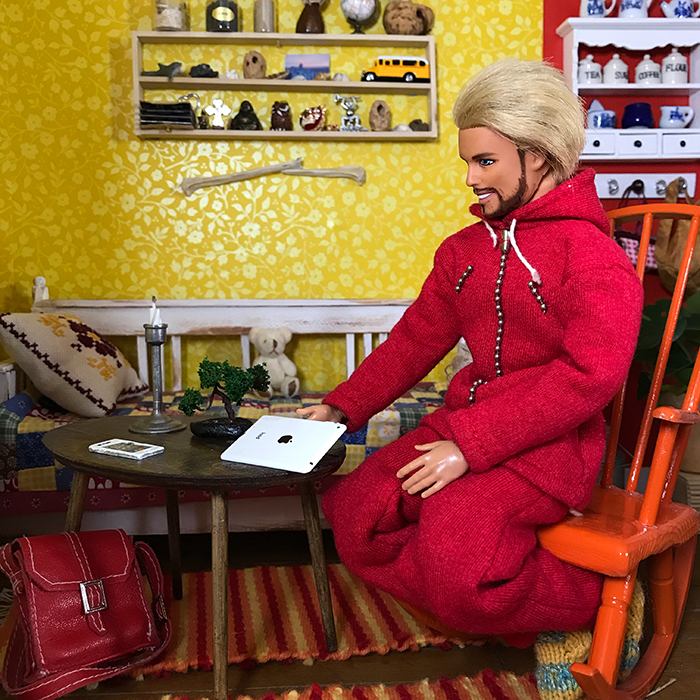 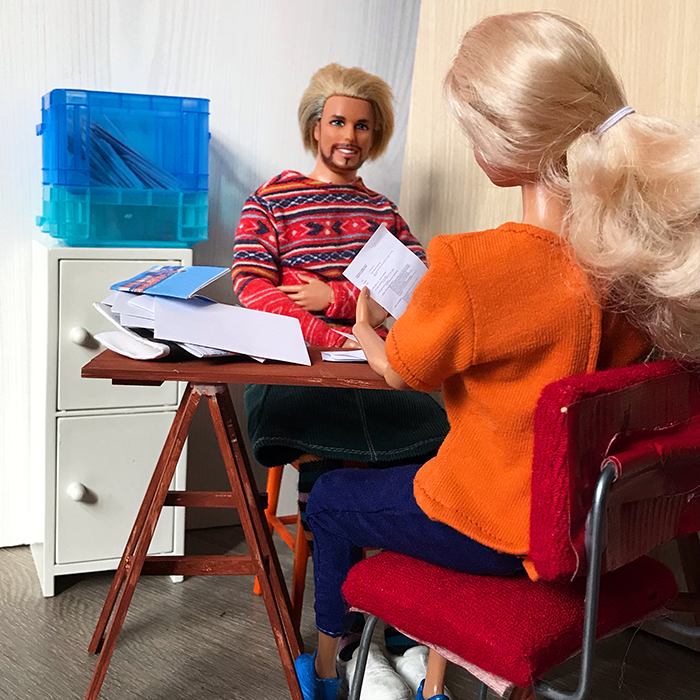 Ken is at a job interview. The local manager reads his modest CV, but doesn’t seem to be very interested in his skills.
- You’ll be substituting the regular workers when someone is sick or on a holiday. It’s mainly indoor work for you and you’ll be called for work at least the day before you’re needed here. You can always decide whether you take the shift or not. How does that sound?
- It sounds perfect!
- We’ll let you know soon. 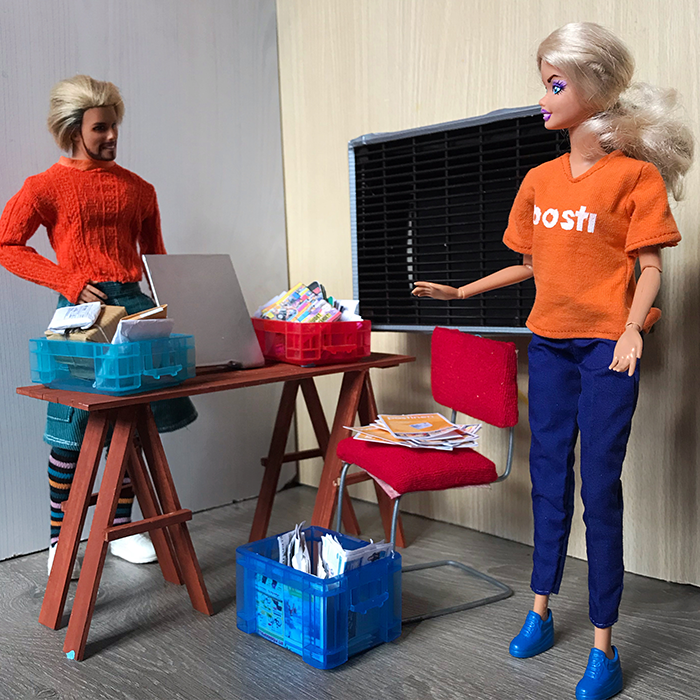 Ken got the job at the post! It’s the first day and he doesn’t feel very confident.
- Oh as long as you know the alphabet and understand what means an even and an odd number, you’ll do fine! Here, put these in the mail slots, I’ll check on you after a while, says the supervisor and leaves Ken confused with the piles of mail. 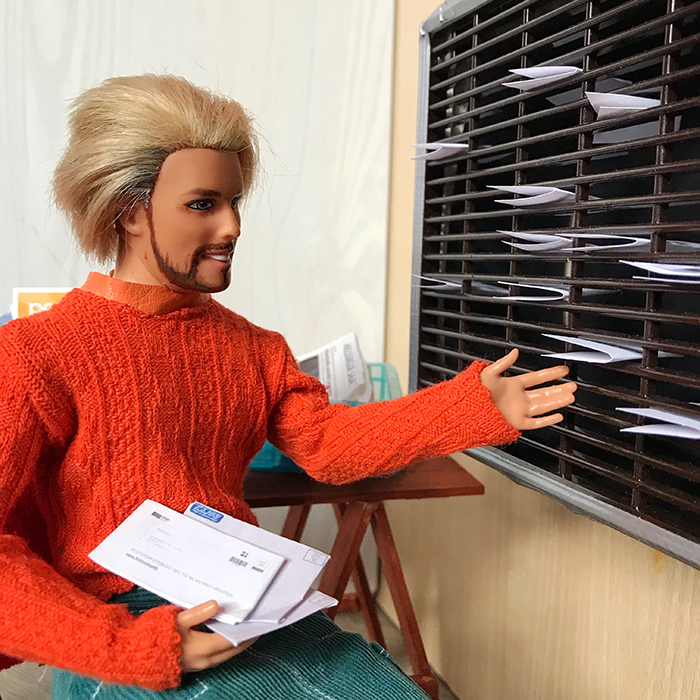 Ken understands the process soon. He sorts the mail in the right order for the mail carriers. He notices that he’s a lot slower than the full time workers. The tasks are easy but require concentration and precision. 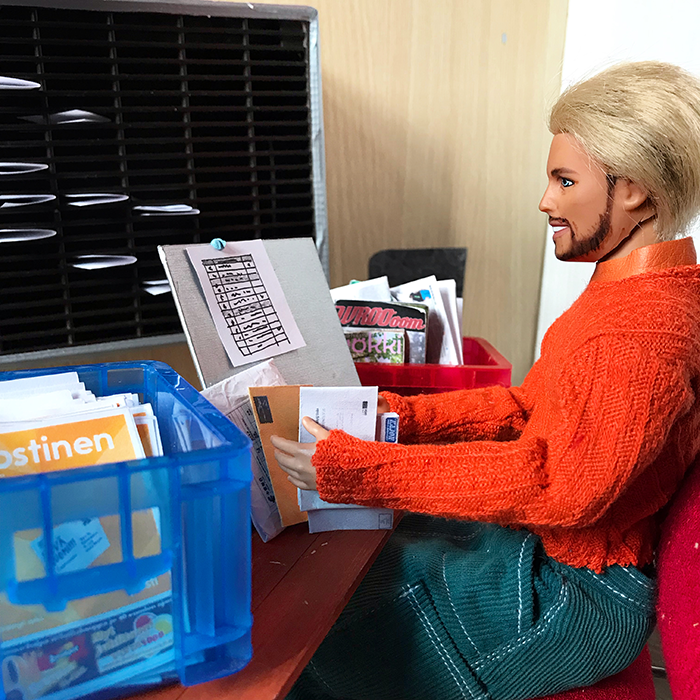 The hall is big and noisy and everybody has their own little booth between the shelfs. Ken is not the only summer girl there, but he’s definitely the oldest. He adapts to this new environment quickly. 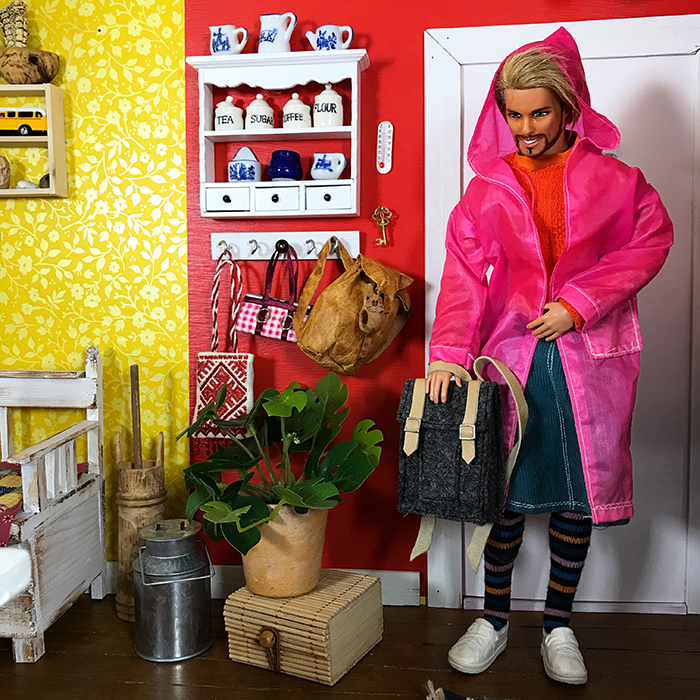 When Ken comes home from work he’s wet and cold. After being at the Post from 6am to 11am, he still has plenty of time to do sewing. 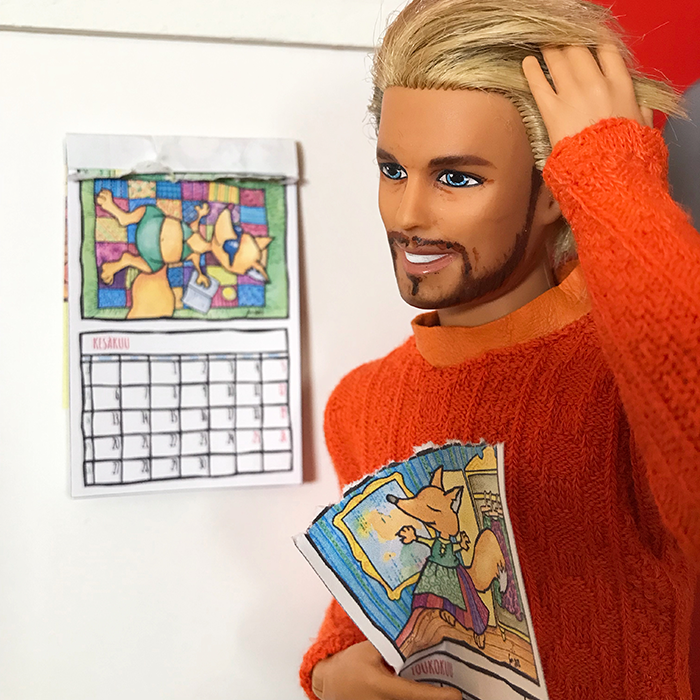 - I can’t believe it’s June already. Feels like September. I’m still wearing winter pantyhose. I haven’t even started the swimming season. Summer dresses are still packed away. Seems like we are losing the summers… It’s worse and worse every year. 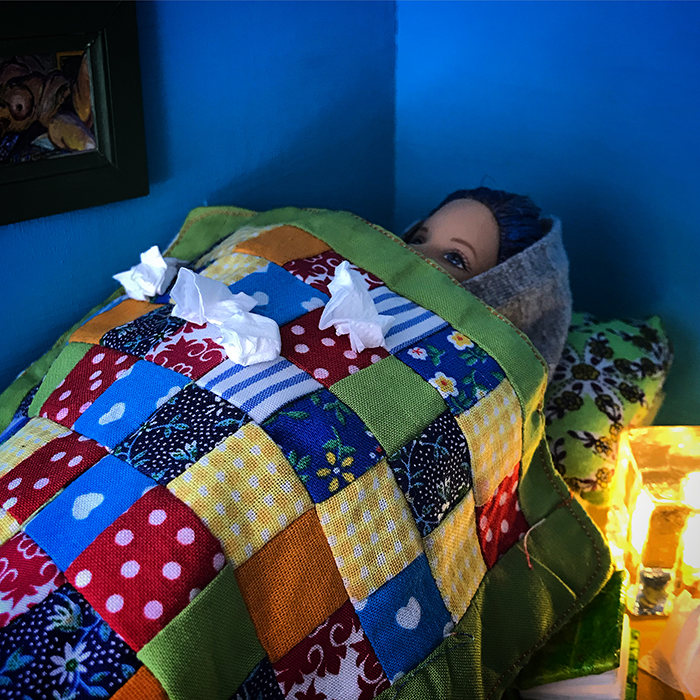 What about Kaarna? Obviously she has sunken back into the black hole of depression. 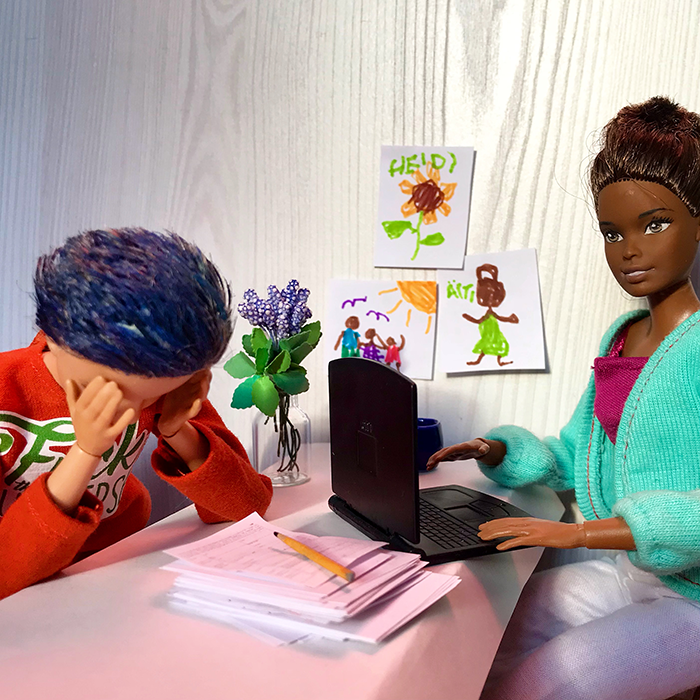 She has an appointment at the unemployment office.
- We have now this new law called “put the unemployed people on their knees” which means that you have to apply at least one job every week or you will lose the unemployment benefits.
Kaarna starts to cry.
- I can’t do that!
- That’s how it goes now. We will call you two times a month and ask you about your job seeking process. And the jobs must be realistic alternatives for you. It doesn’t count if you apply a job as a president or something. 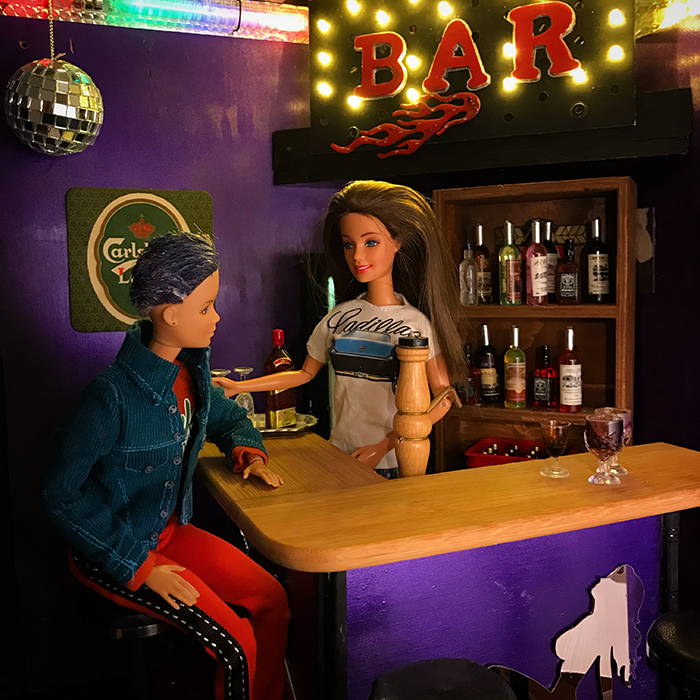 Next stop Mocambo.
- I need alcohol.
- Haha, Baileys or mint chocolate?
- Neither… something with less calories and more percentages.
- O’oh… what’s going on? 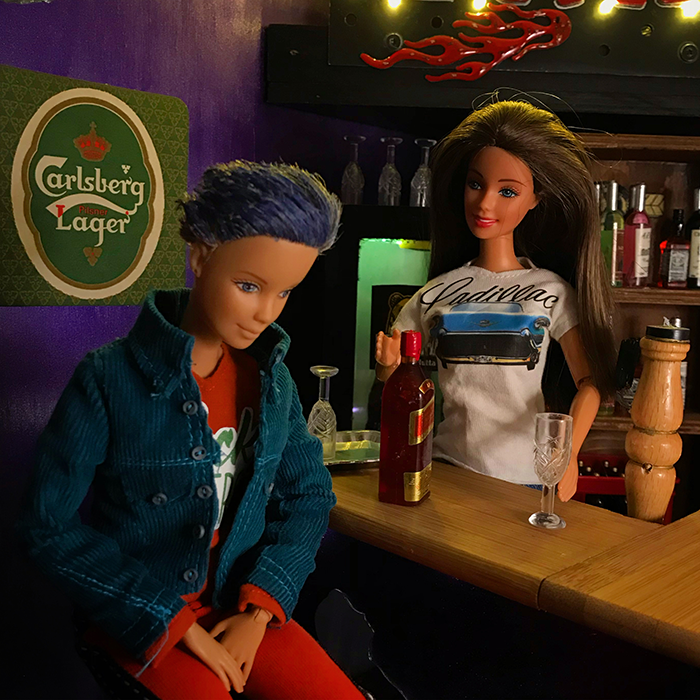 Kaarna sobs while telling Taylor about the break up with Mari.
- I told you to stay away from her! She’s a psycho.
- No she’s not… she didn’t do anything bad… she just wanted a family with me…
- Oh you poor little thing! She tries that with anyone! She has an obsession about “a real family”, anyone will do.
Kaarna starts to cry even more and Taylor pours her a whiskey. 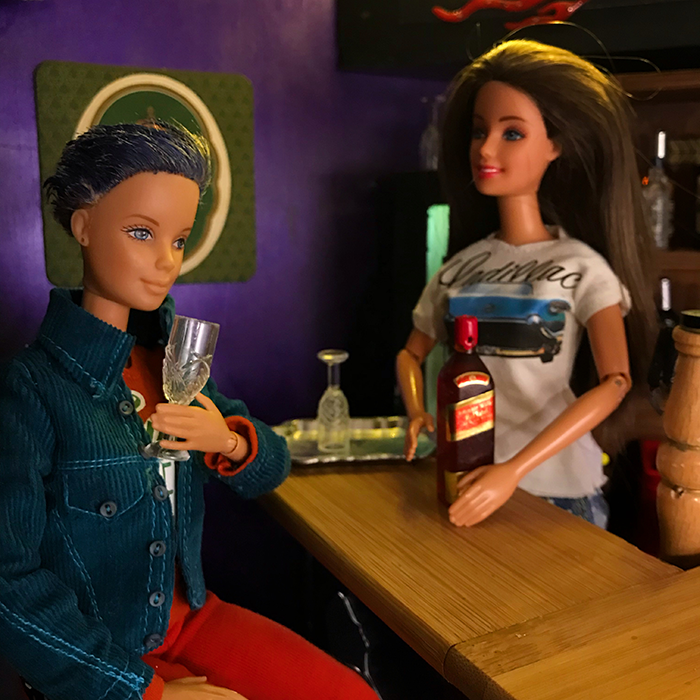 - And about your other problem with the unemployment agency… just go to the doctor and say that you are too depressed. They will write sickness leave for you.
- I could try that… Why am I drinking whiskey in a champagne glass?
- Because all the other glasses are broken.
- This stuff tastes disgusting. 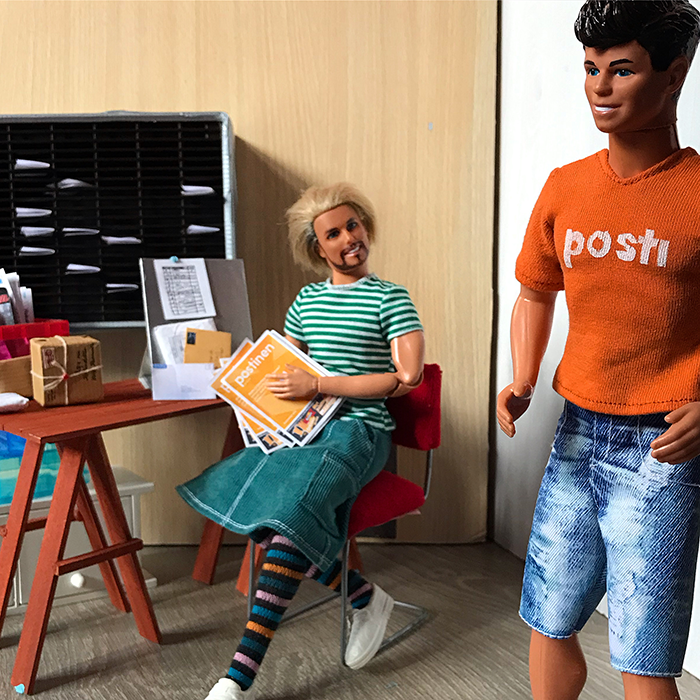 The best part at Ken’s work are the co-workers! They are all really laidback and humorous. Ken enjoys this new social life so much that he doesn’t even mind spending his days in a hall without windows.
- Come on Ken, time to take a coffee breake, don’t be so enthusiastic about zipping! 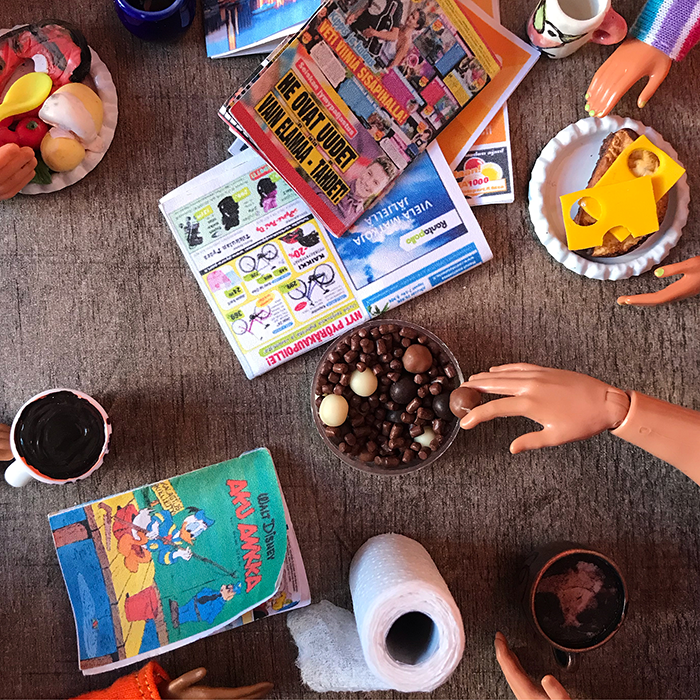 When somebody starts the work day at 6 and someone else at 10, the coffee breaks mean that one person is having a breakfast, another one is having lunch and somebody else is having a coffee with sweets. And there’s always sweets on the table!Luckily Ken doesn’t gain weight easily. 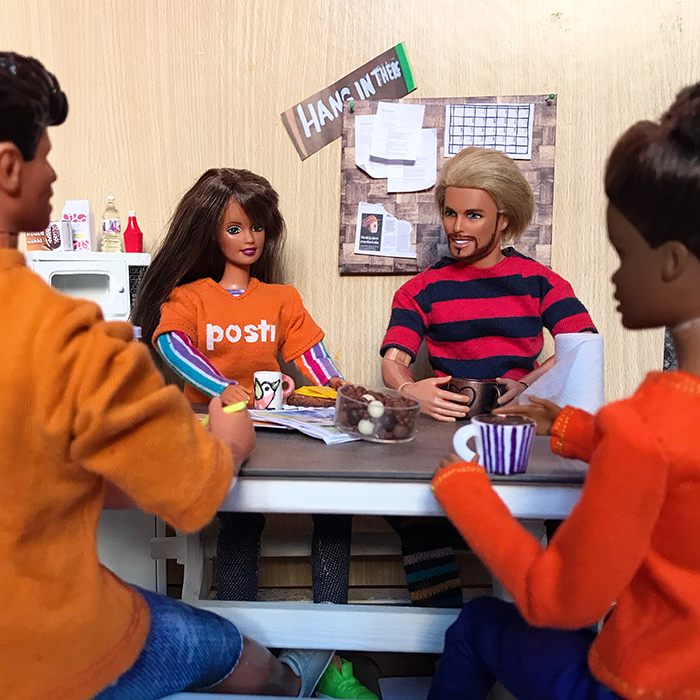 The coffee room fills with laughter and the humor is harsh, but eventually Ken stops being appalled by it and lets himself laugh with the others. The regulars treat Ken like they had known him forever. It feels really nice. 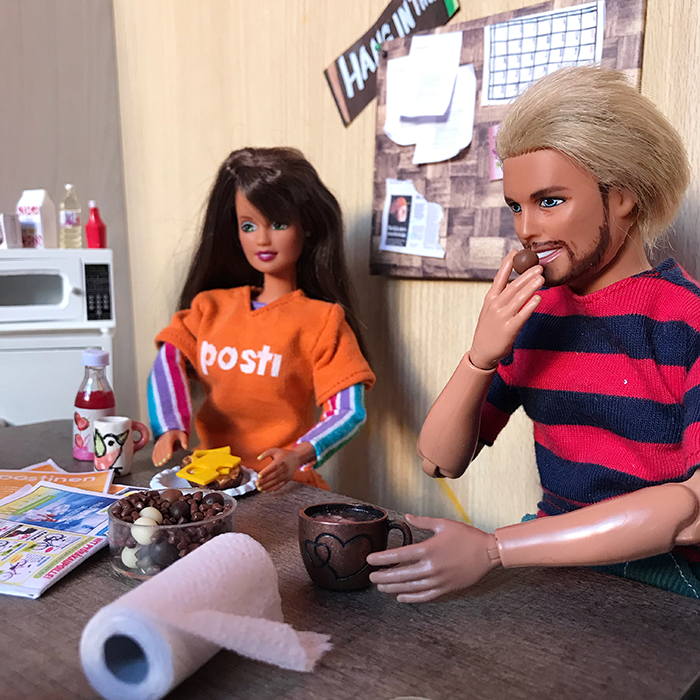 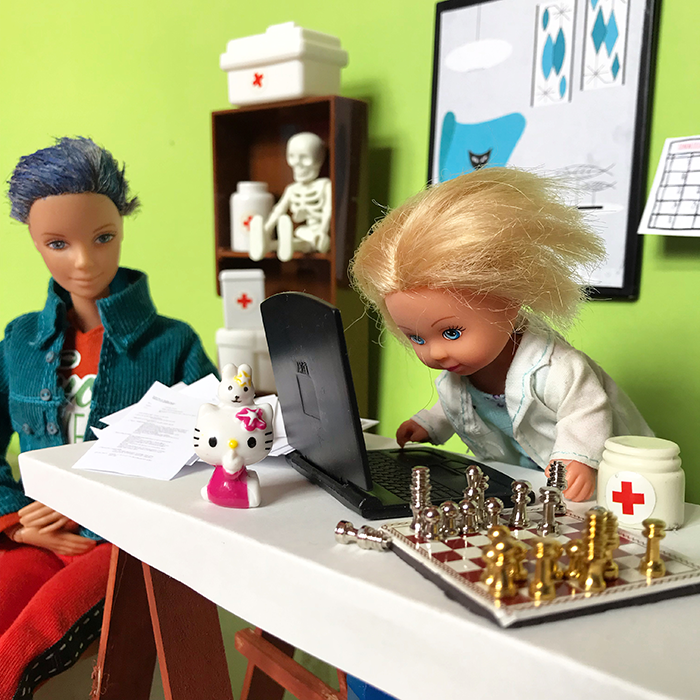 Kaarna doesn’t know what to think about Taylor’s speech, but she takes her advice and goes to see Ritva.
- I will give you four months of sickness leave and I suggest therapy.
- Been there, done that.
- Are you taking the antidepressants?
- Yes, daily.
- It takes time to cure a broken heart. Concentrate on doing things that give you joy, even if it’s only a tiny little bit of joy. Here, this is the mental health emergency phone number. Do not hesitate to call them when you feel hopeless. 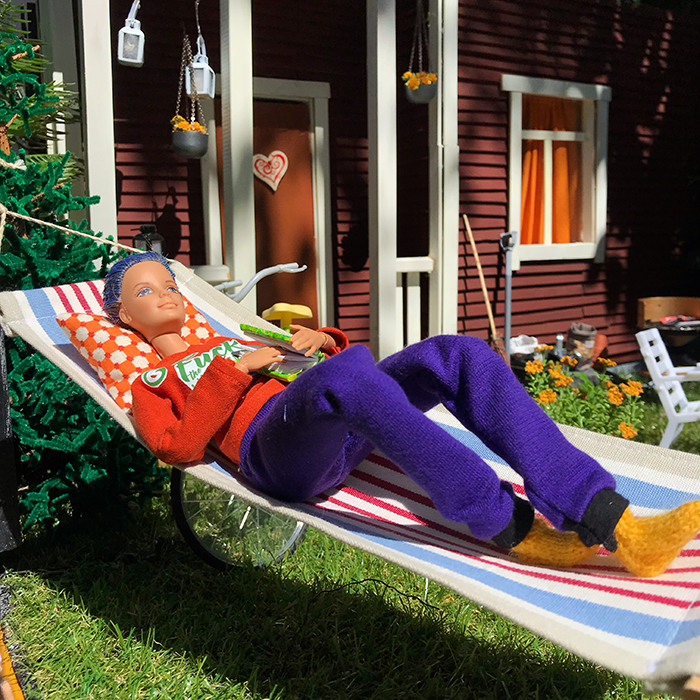 Kaarna takes her diary and starts to write down little things that make her feel joy. Summer… well, that seems to be disappeared. Going to the movies… too expensive. Drawing and painting, yes. Travelling, too expensive. Eating chocolate, too unhealthy. Watching Mari’s smile, laughing together at stupid jokes… oh no… Having sex with Mari… oh no no no, this is hopeless!!!! 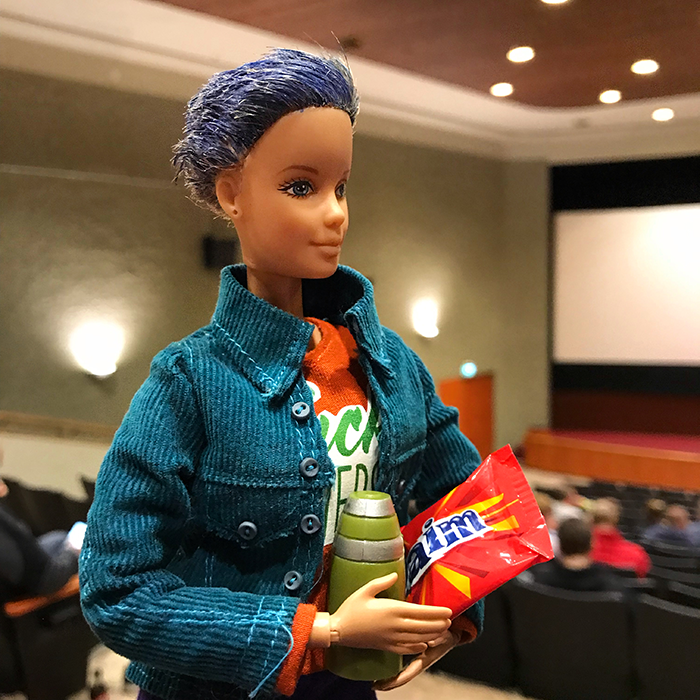 She figures that she can afford to see one movie every month. Movies always work great when you have to escape your own reality. Kaarna notices that Top Gun Maverick is especially good for that purpose. Lousy story but still the movie is amazingly visual and exciting and Kaarna gets all carried away! Two hours without thinking of Mari!