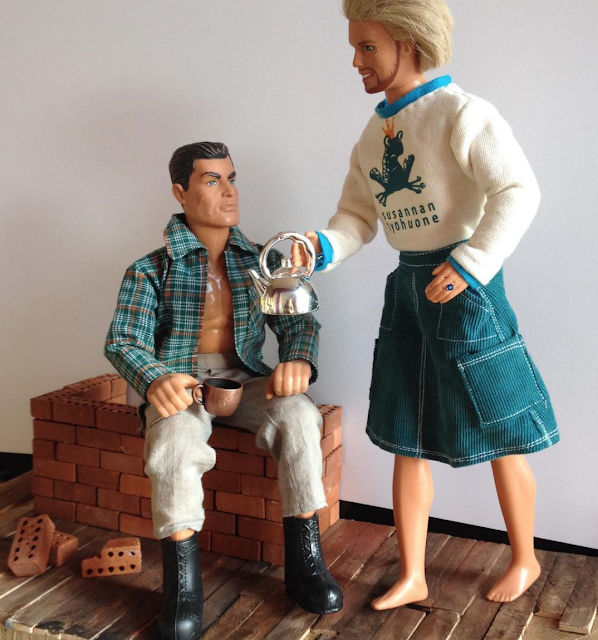 You know the spring has come, when Ken has a suu
den need to start home renovations.
Ken just found a wallpaper that pleases him! His Easter will be busy... 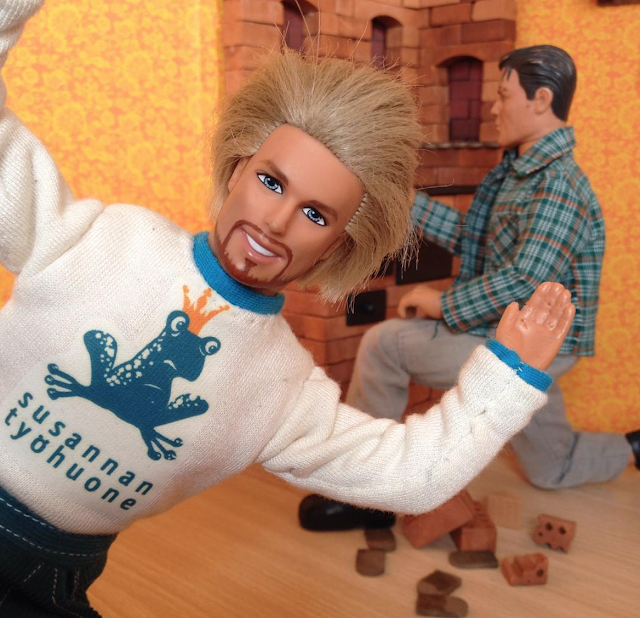 Yay! Reiska is almost finished with laying the bricks! 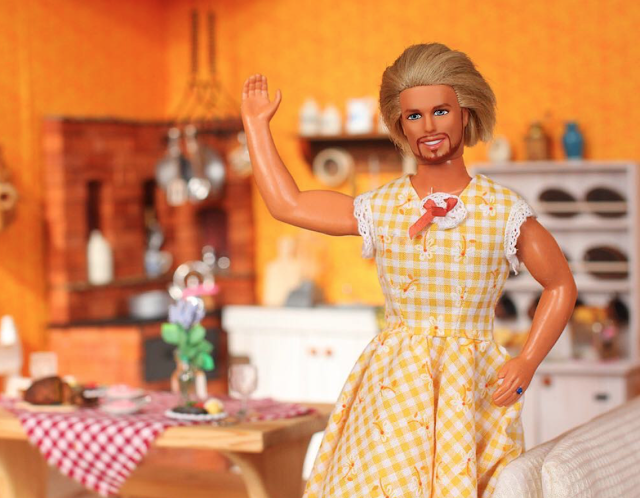 The kitchen/livingroom is all ready. Do you want to take a look? 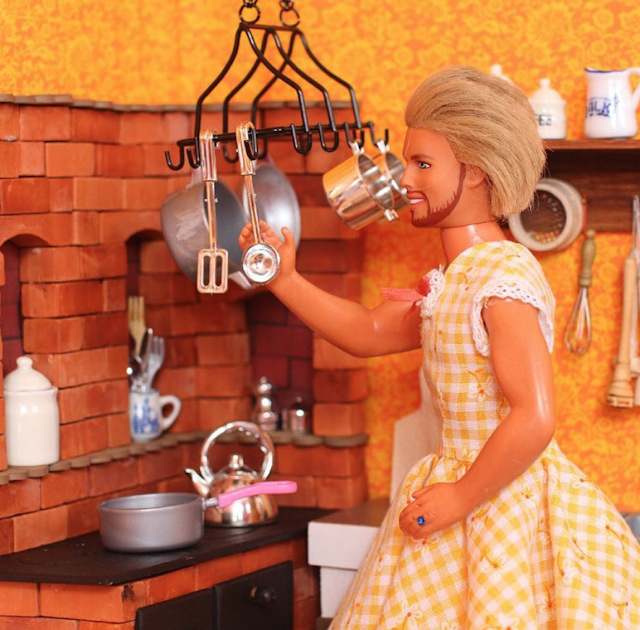 Ken's new pride and joy is this wood burning stove. He hopes Hector would now start to love cooking! 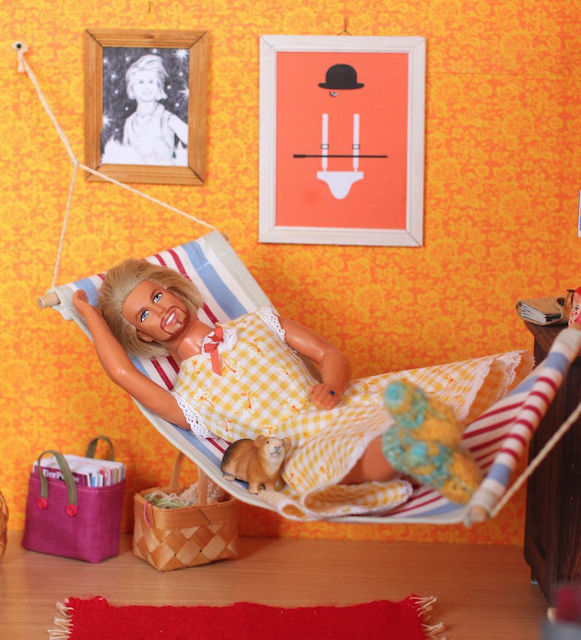 And the best part of the living room area is the indoor hammock! 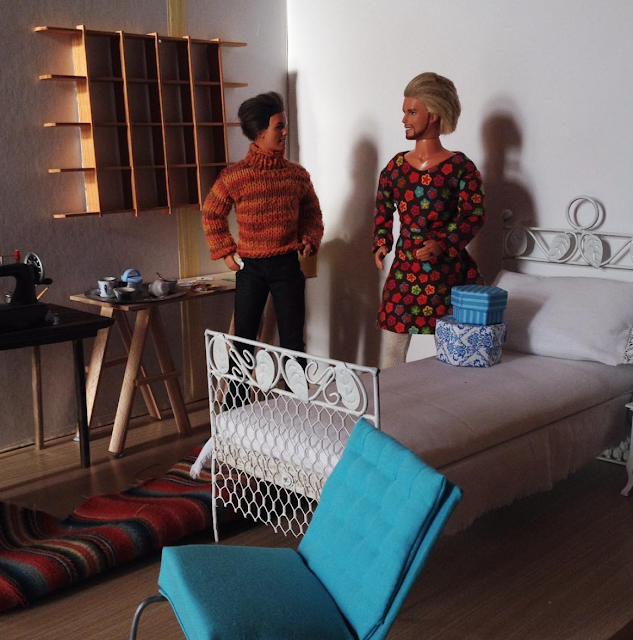 - This will be our bedroom / my crafting room.
- Do you think everything will fit into one small room?
- I doubt it. 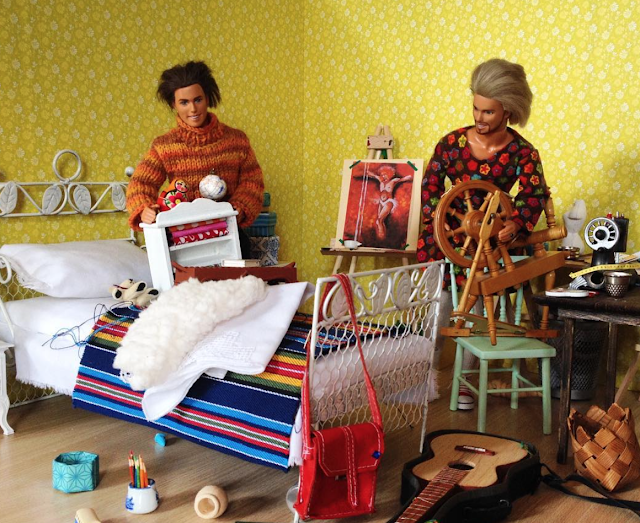 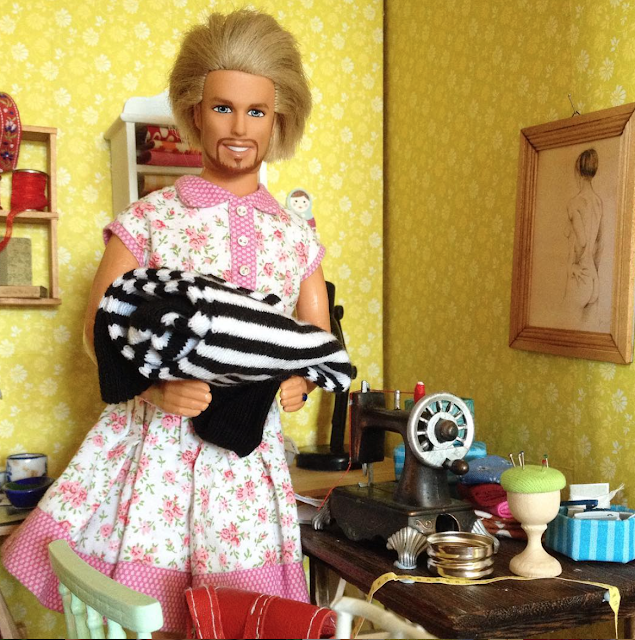 Ken is happy about having a special sewing corner. 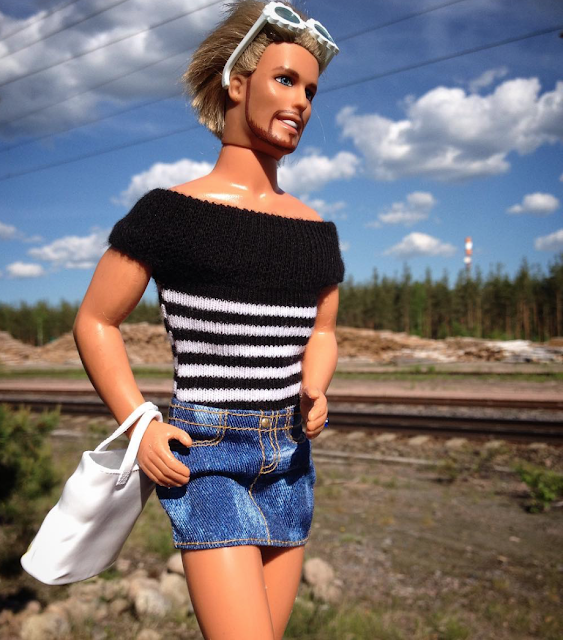 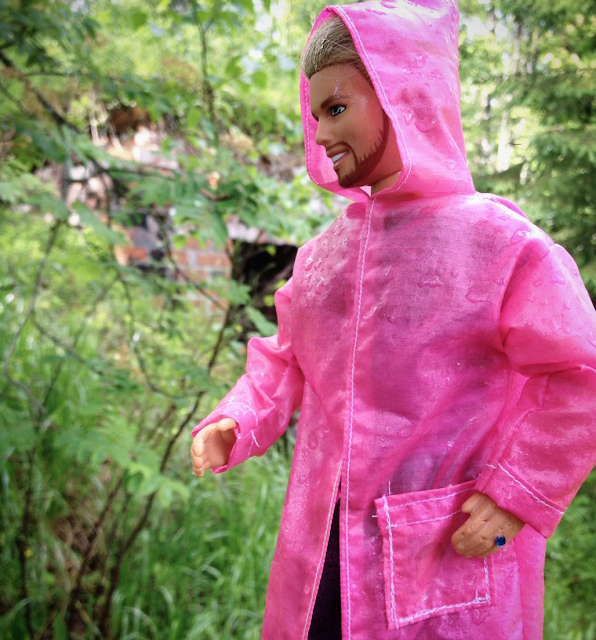 As well as his new raincoat. 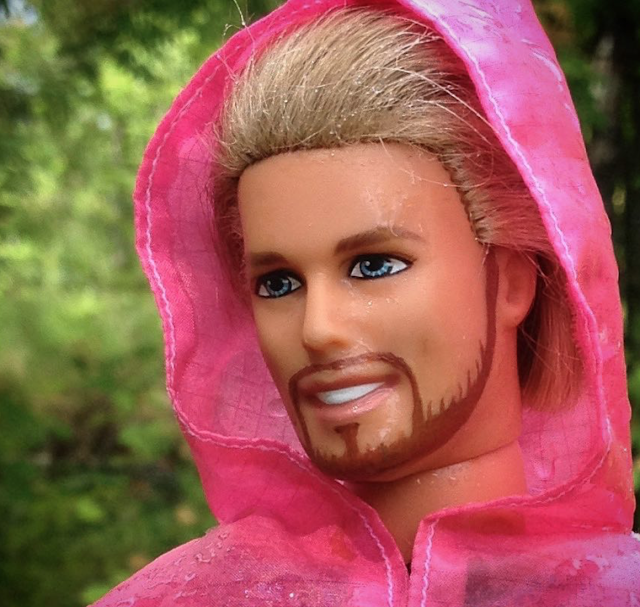 This has been the coldest and rainiest "summer" in Ken´s life. The climate change really is making Finland a terrible place to live. It's like autumn all year round. No more hot and sunny months in the summer, no more snowy and cold winters. Ken is dreaming about a secrect aunt that will die and leave him a heritage of millions of euros so he could say bye bye to his homeland. 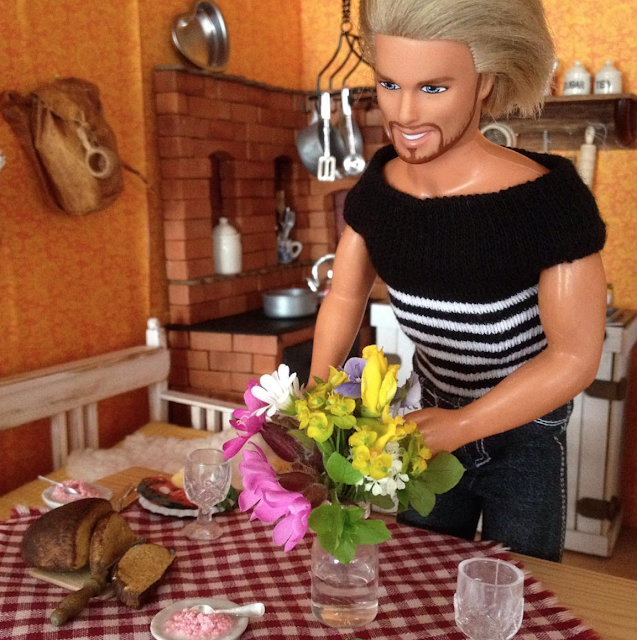 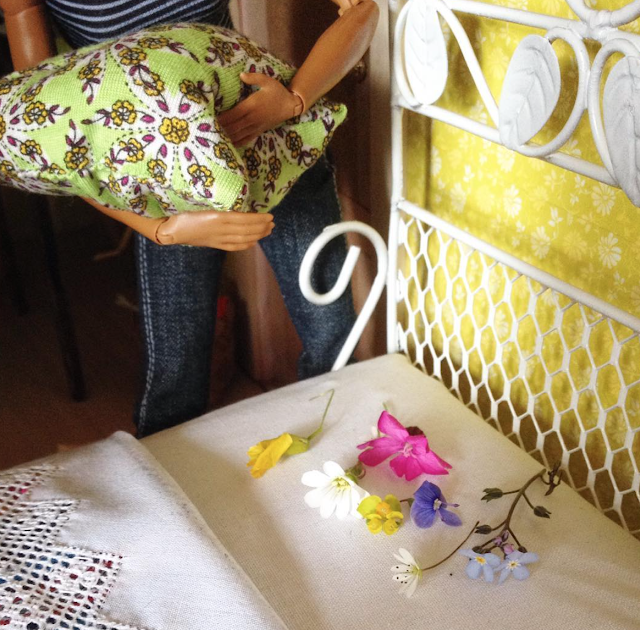 Old Finnish midsummer night magic:Unwed girls should put 7 different flowers under their pillow and the future groom will appear in their sleep. 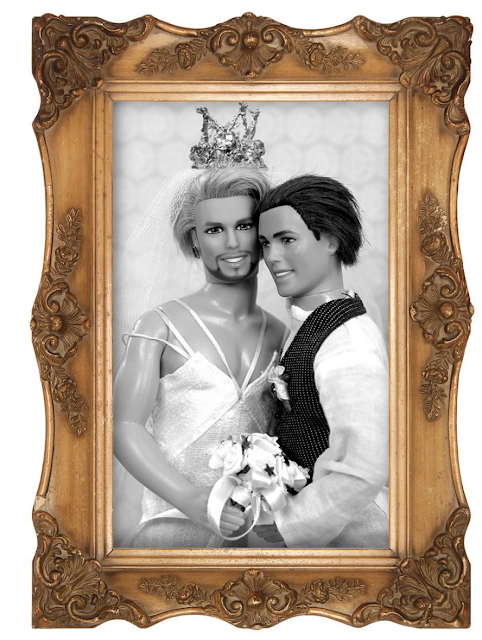 Too late for Ken... Their official wedding photo hangs above their bed. 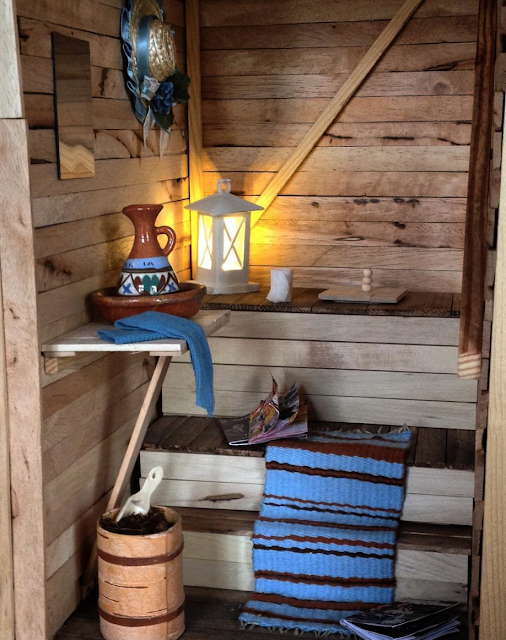 The boys build a new outhouse too. 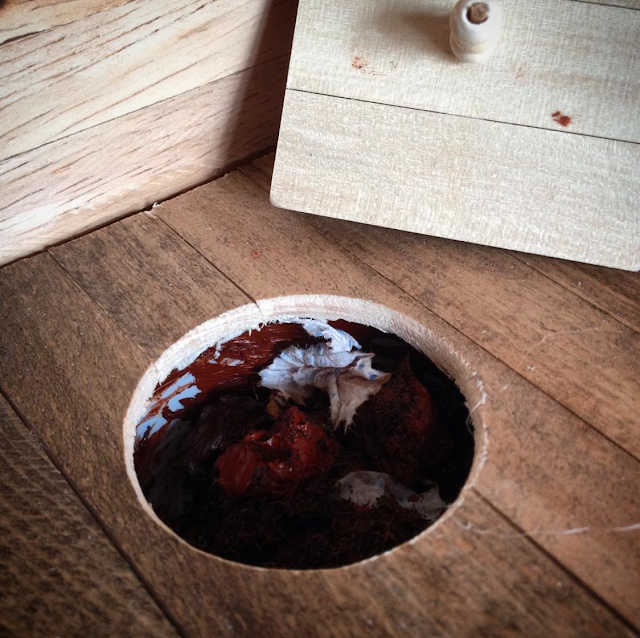 Finally after all these years they have a toilet! 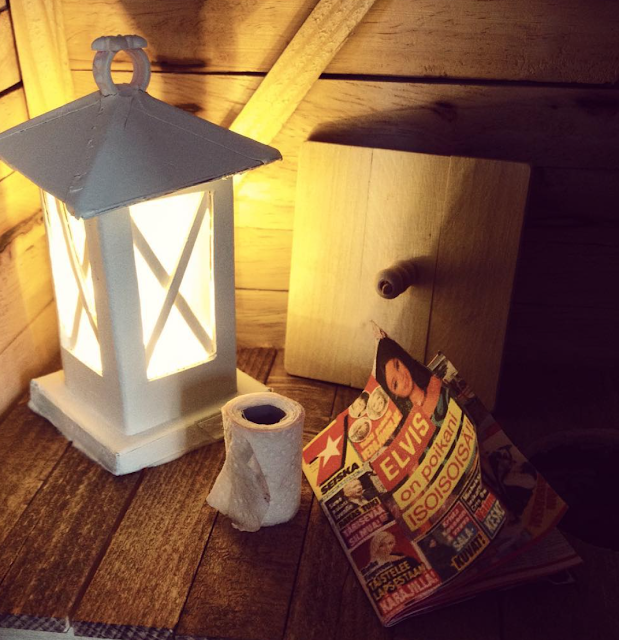 Only there they can read Seiska, a gossip magazine. 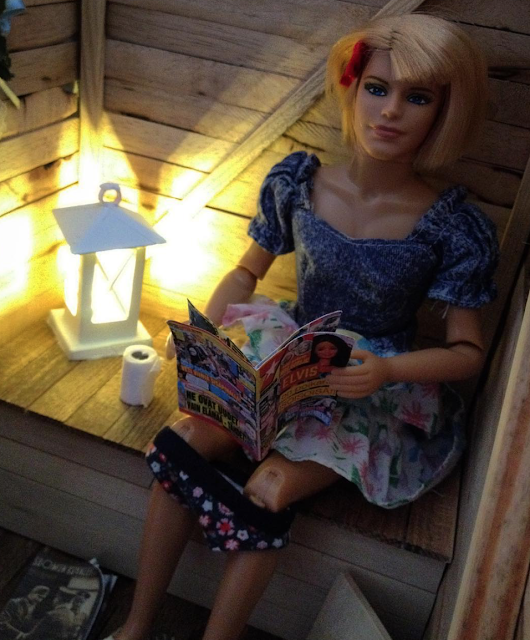 Olga gives it a try, since she´s got more flexibility than our boys. 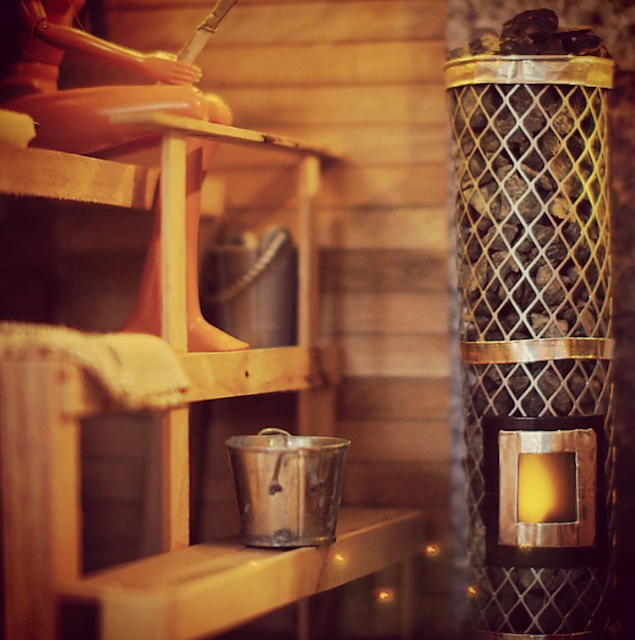 Ken and Hector buy a new stove for the sauna. It´s a design version, very cool. I mean very hot. 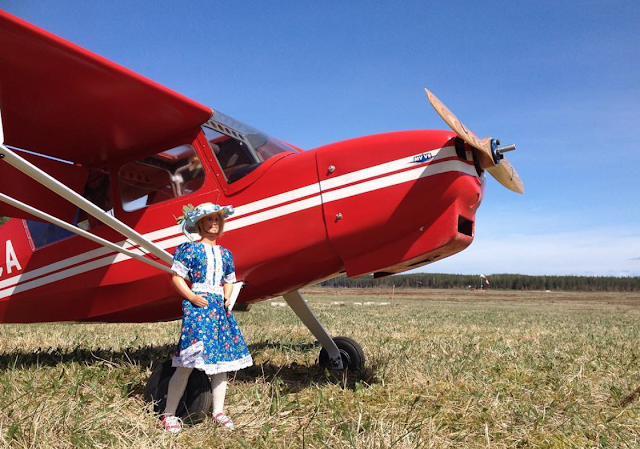 Ken has never been on a small plane like this, but now it's his chance. Nervously he's waiting for the pilot. Sadly he is so nervous that he forgets to take his camera up in the air. 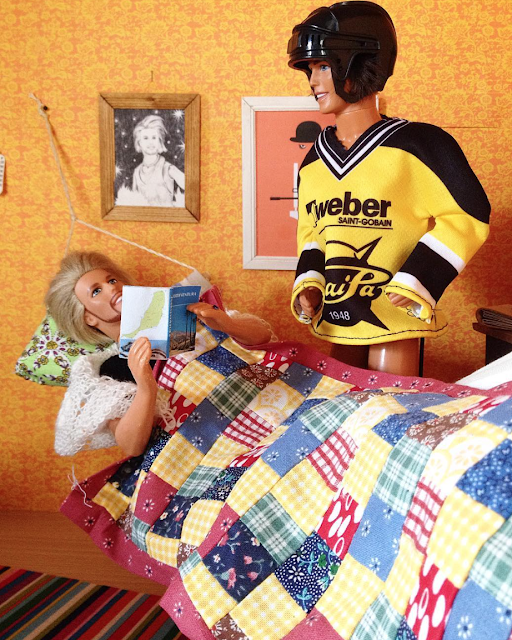 - What's wrong with you Ken? You haven't been whining about this wet and cold June at all!- Oh Hector. I have totally lost my faith for the Finnish summer. It's not worth being sad. My summer will start on New Years Eve, when I fly to Fuerteventura again! 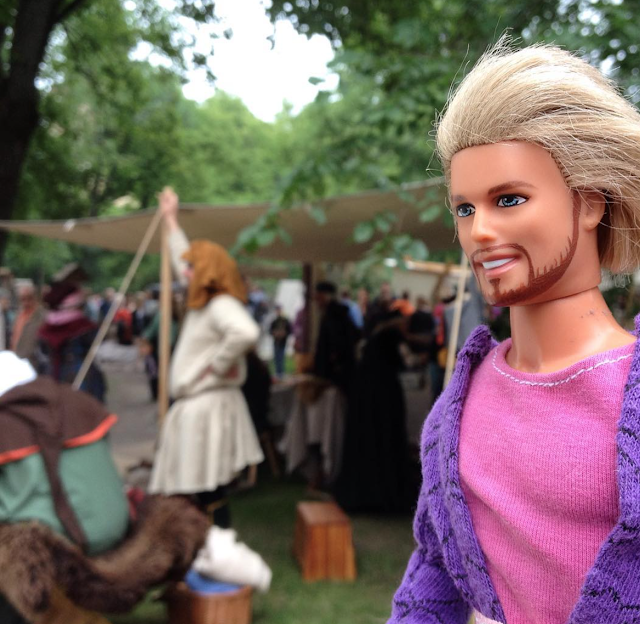 There's a medieval festival in Turku and Ken is thrilled about the atmosphere and all the costumes. 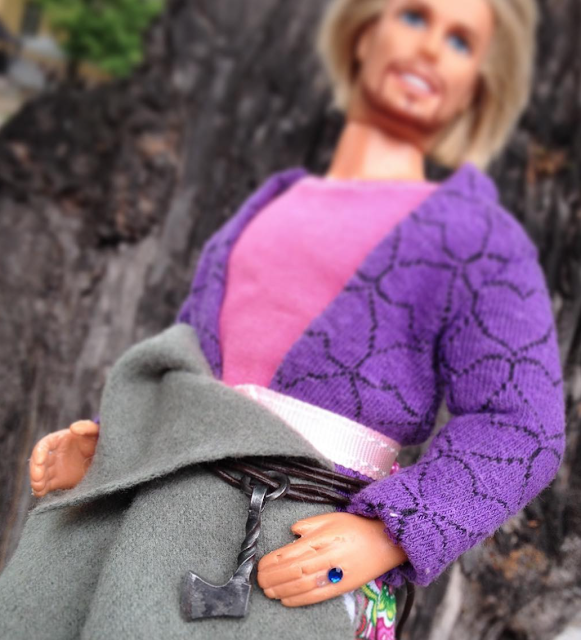 Ken gets so carried away with all the medieval stuff that he buys an axe and very soon he will sew a medieval dress! 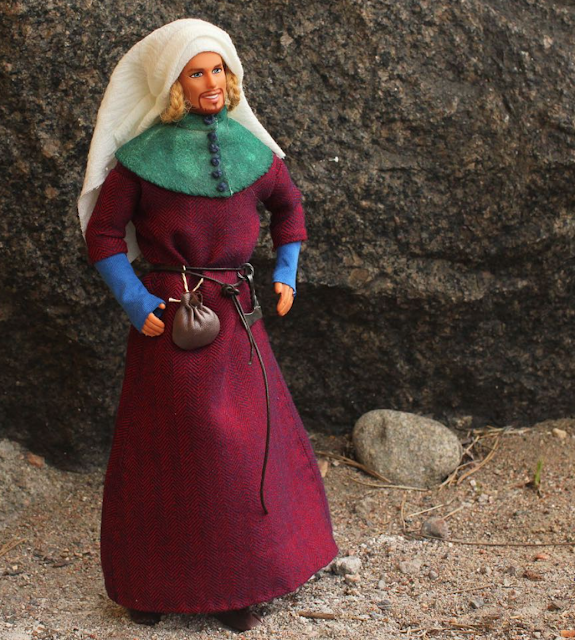 Ken just finished sewing his medieval outfit and is now anxious to visit a medieval castle. 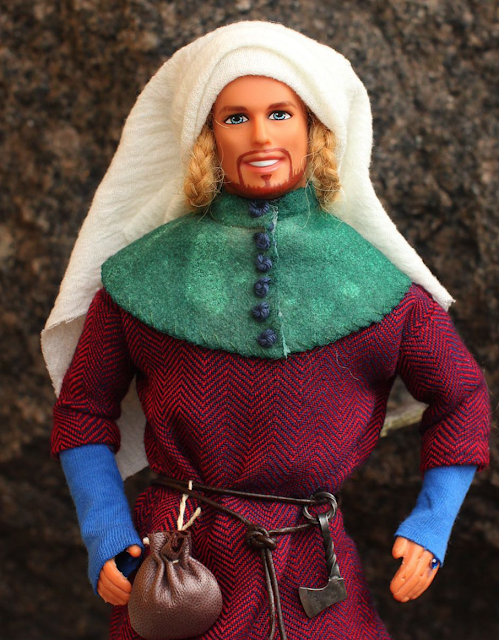 (It bothers me a bit that when Ken wears a medieval maiden's outfit he looks more masculine than ever before.) 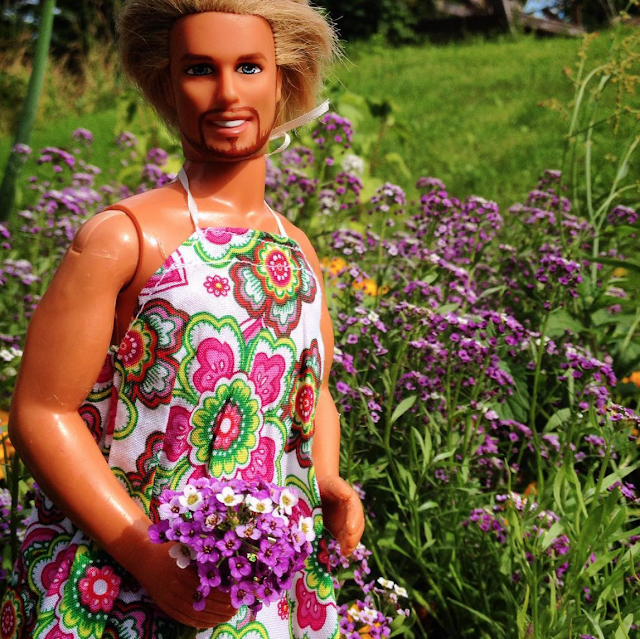