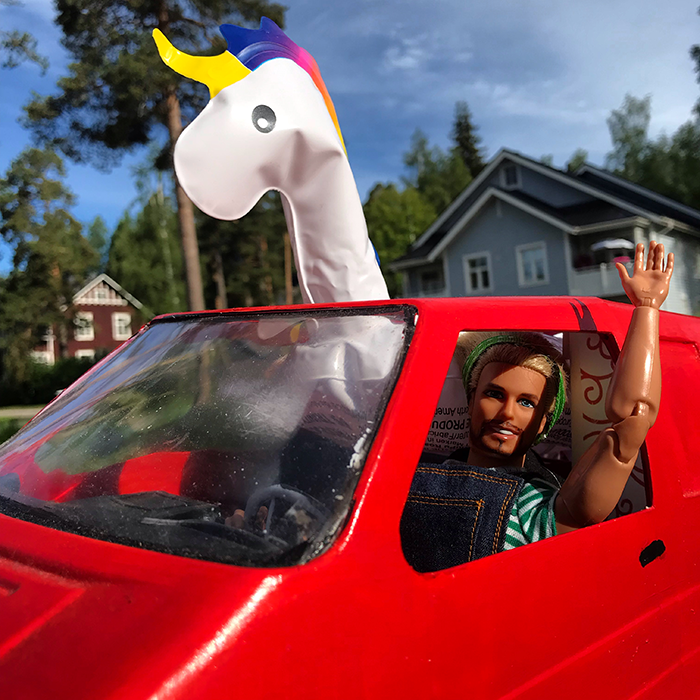 Ken decides to start his Midsimmer trip already and take a detour on the countryside. 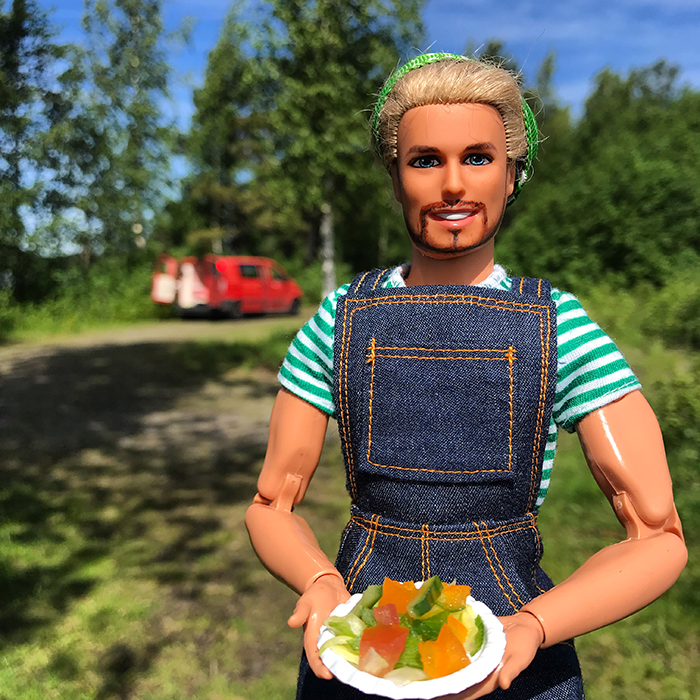 He drives only the small roads, takes his time and stops often. This is good life, he thinks while picking some wild herbs for his salad. 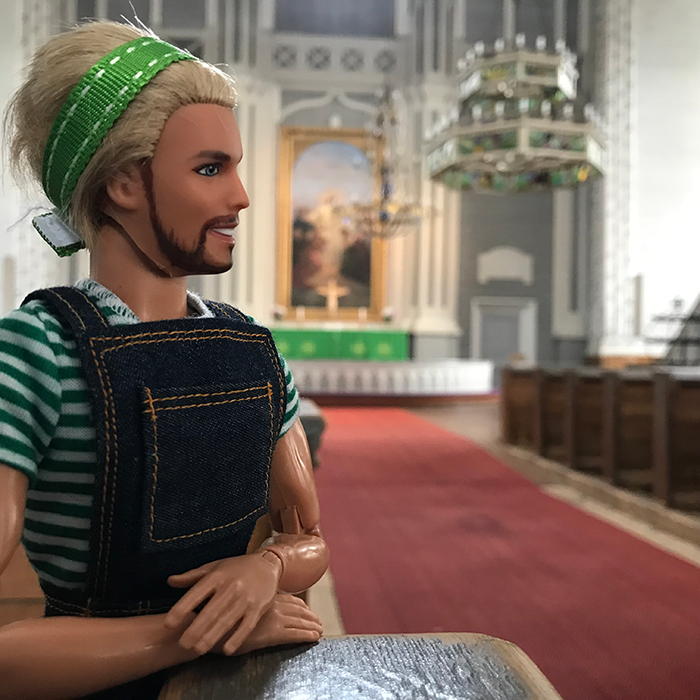 There’s not much to see in the villages that he passes by, but luckily Ken likes old churches and in the summertime many of them are open. 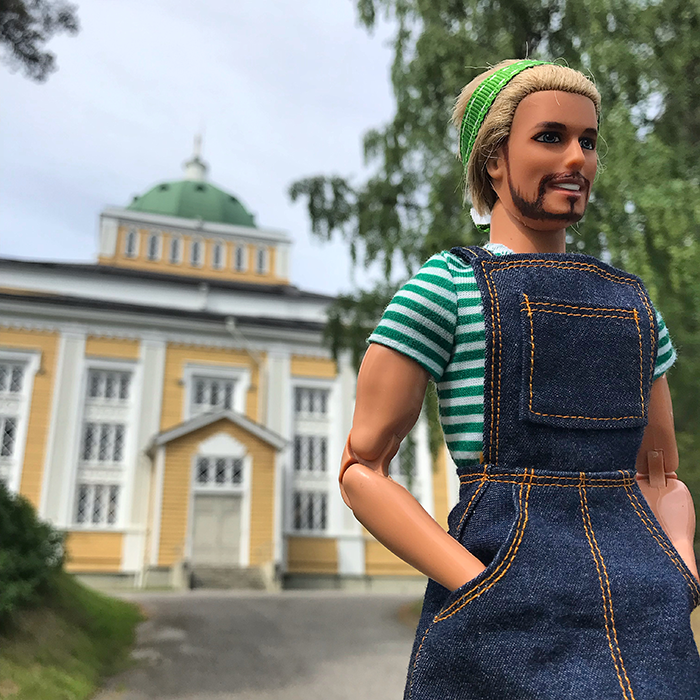 Ken notices that actually for a change it’s really enjoyable to travel alone. Some clouds have appeared on the sky and Ken thinks that at least he can be annoyed because of it. Now he doesn’t have to take care of Kaarna’s moods. He realizes how he sometimes walks like on a broken glass with Kaarna. 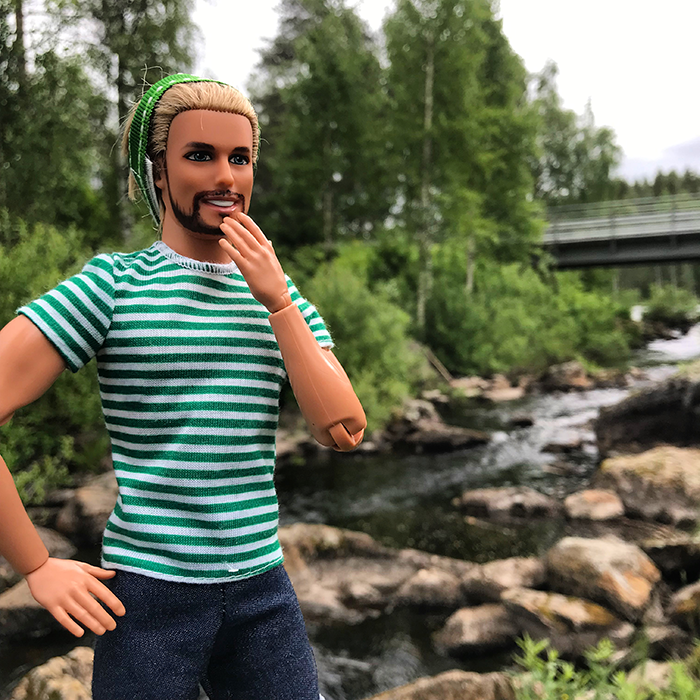 In the evening Ken finds a pretty spot in a national park and decides to spend the night at the parking area in the middle of the forest. Because of all the driving he really needs to move his body. Time for a walk in the woods. 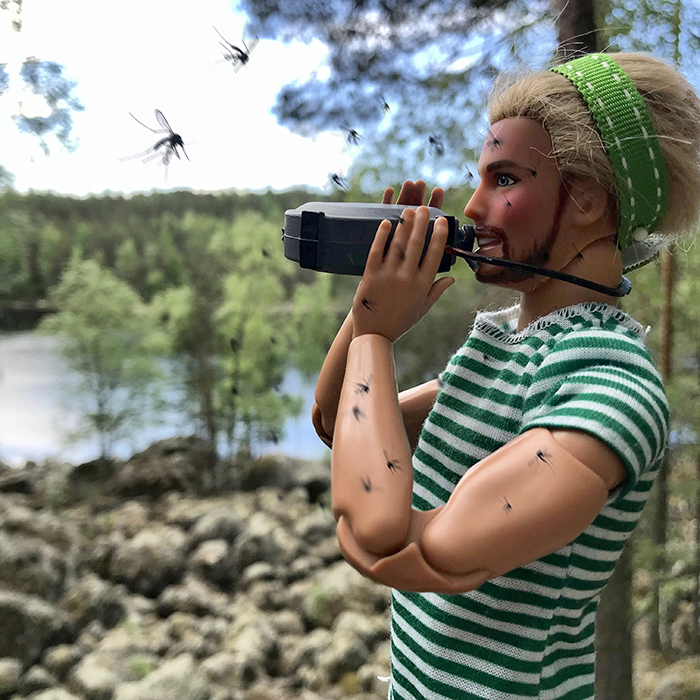 There are millions and billions and trillions of mosquitos in the woods. Ken has never experienced such invasion! It’s horrible, he gets sweaty and the mosquitoes like him even more. 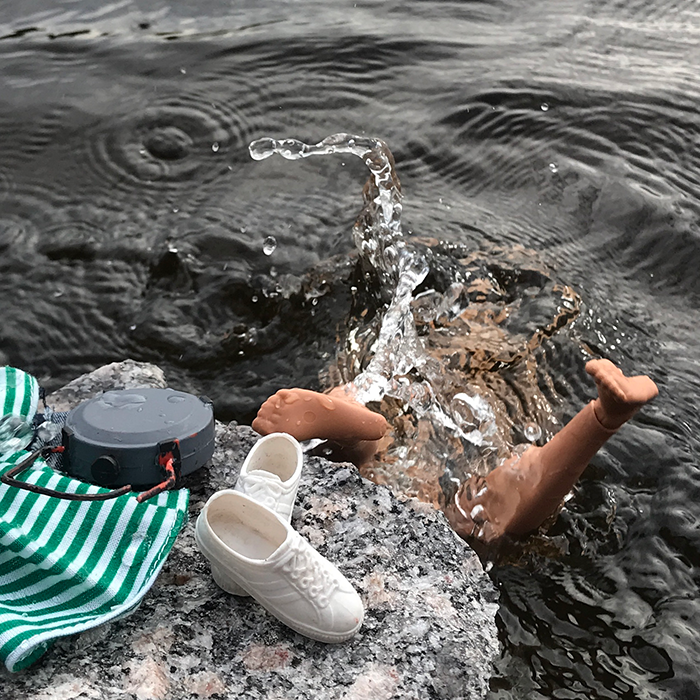 The only way to escape the insects is to jump into the lake and then run to the van and stay there all night. - This is not a good life, Ken thinks but is too tired to drive forward and find a bug free place. 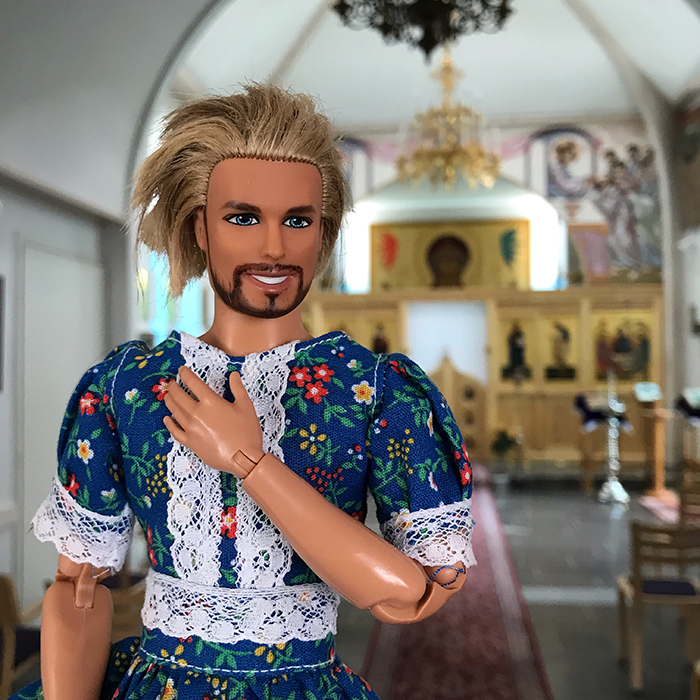 The journey continues. Ken pays a visit at a monastery. The church is beautiful, even withouth lighting. Because of a storm the power is off. 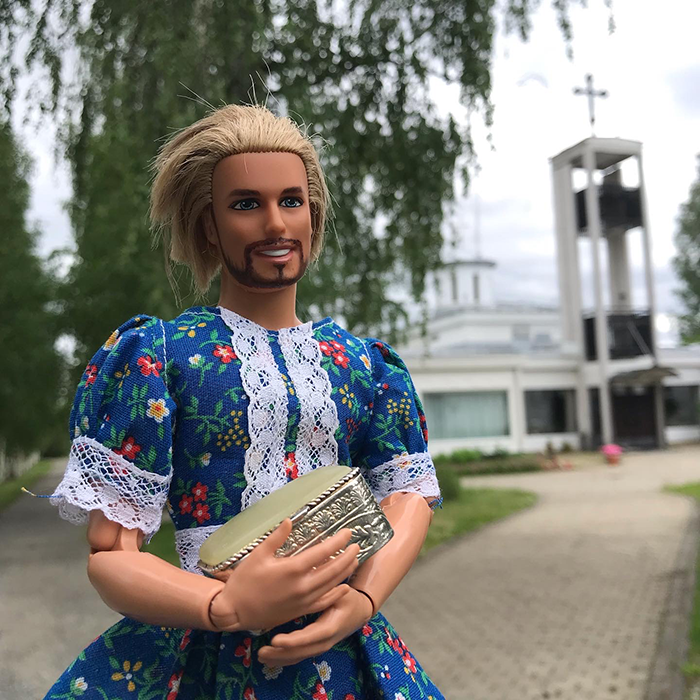 Ken buys a beautiful silver box from the nuns before he continues his trip even further to the north. 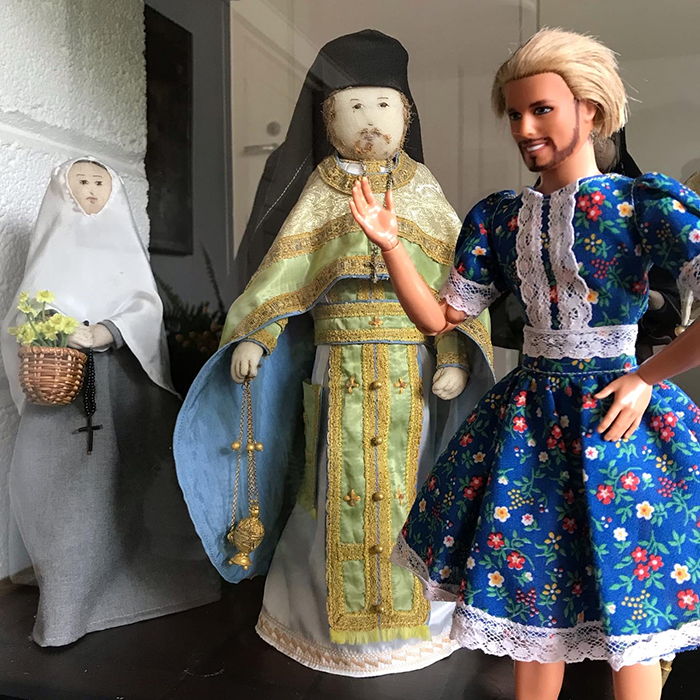 To be honest, the nuns and priests give him the creeps. 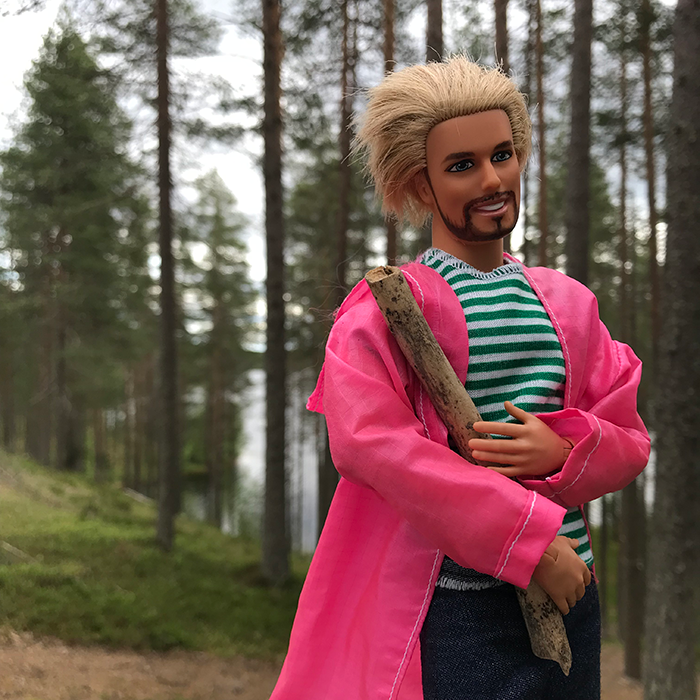 The best thing about roadtripping is to find special places, like this incredible musical forest in Suomussalmi… 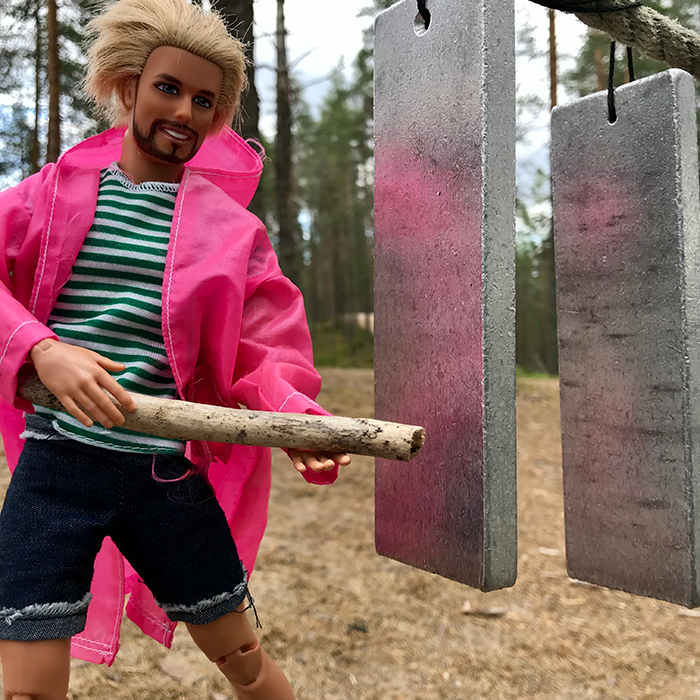 Ken grabs a big stick and plays the instruments in the woods. It’s amazing. 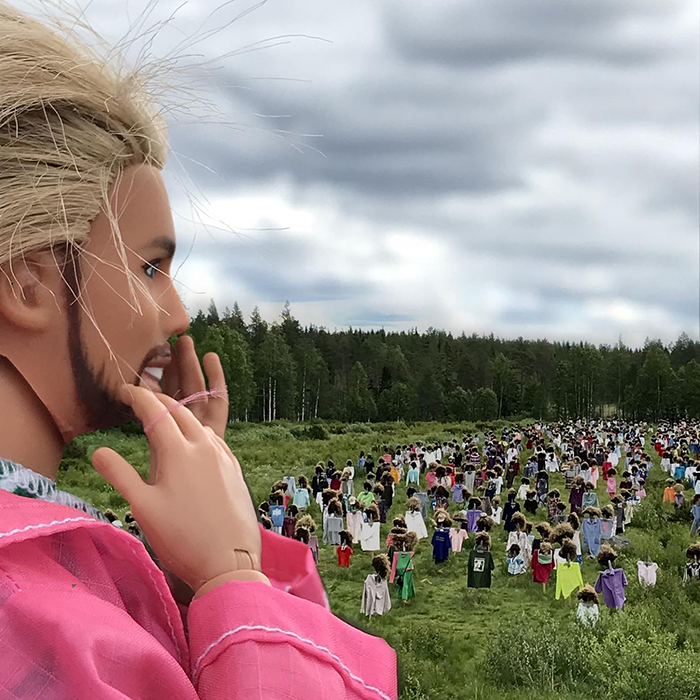 He has read about the art installation ”Silent People” but has never seen it until now. 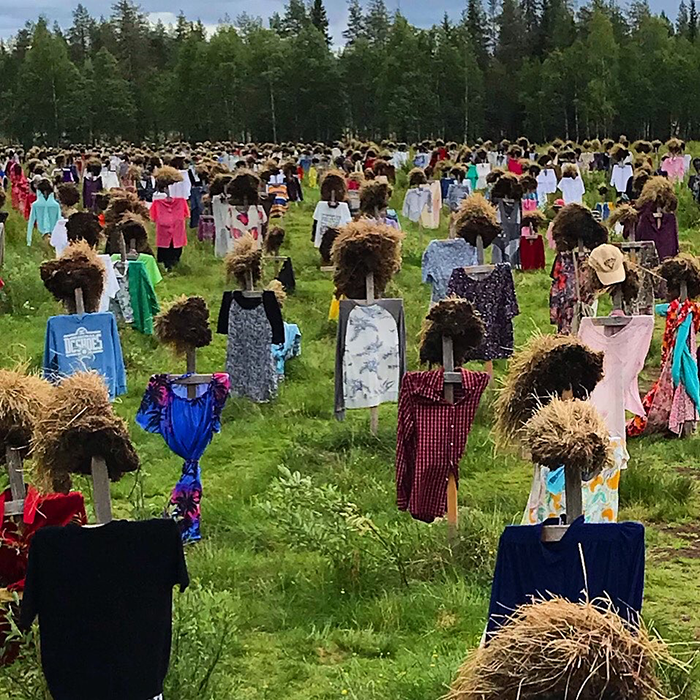 It’s even more breathtaking than in pictures. He spends a good while walking in the middle of these scarecrow-like creatures on the field. 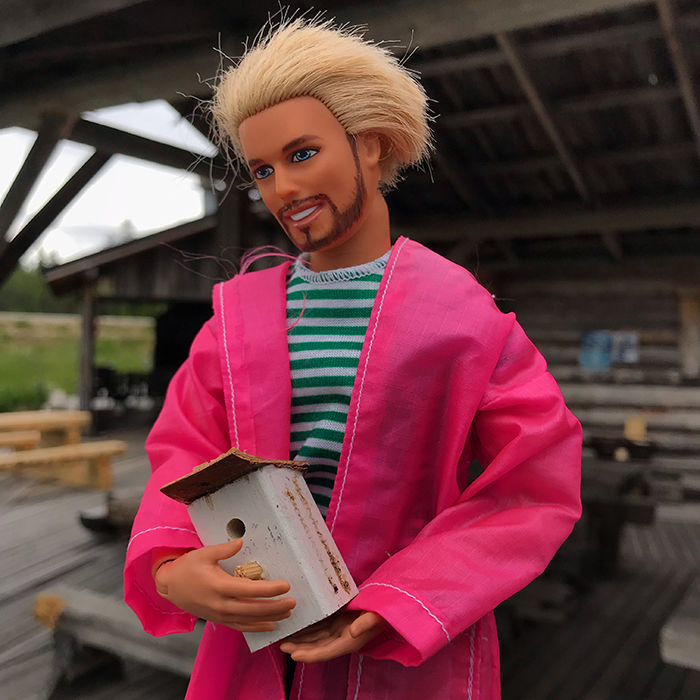 Ken buys a birdhouse. He could easily build a similar one by himself, but he wants to support the entrepreneurs of the northern countryside. 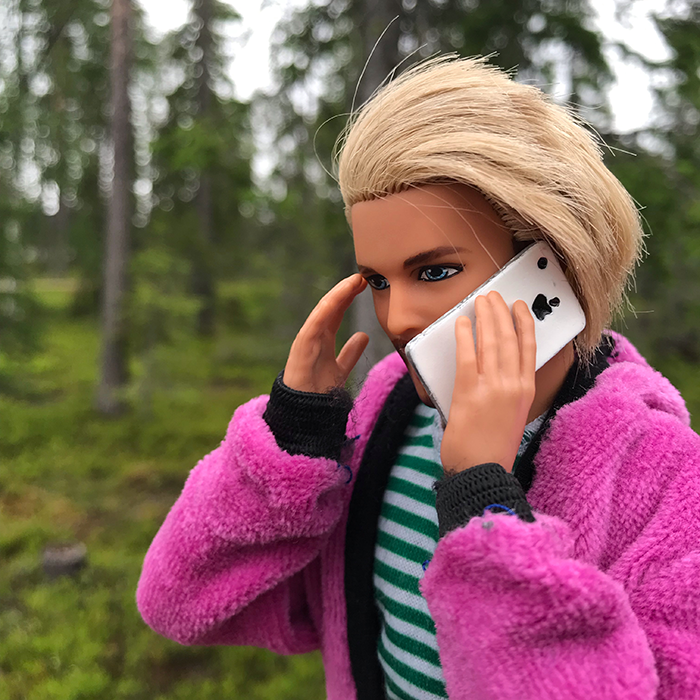 Yet another cold and rainy morning. Ken calls Kaarna, who tells that it has been +30°C (86°F) back home ever since Ken left and not a single cloud in the sky!

- Are you joking?! I’m freezing my ass off, I didn’t even pack enough clothes to keep me warm. What’s with my luck? The weather ruins all my roadtrips. 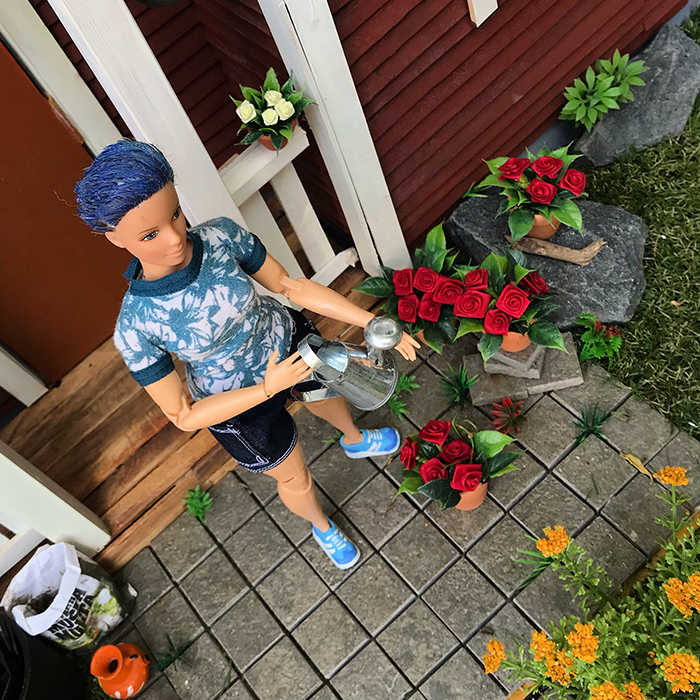 Kaarna has been watering Ken’s flowers every morning and every evening. She’s trying her very best, because she’s afraid that this heat wave would kill the roses. 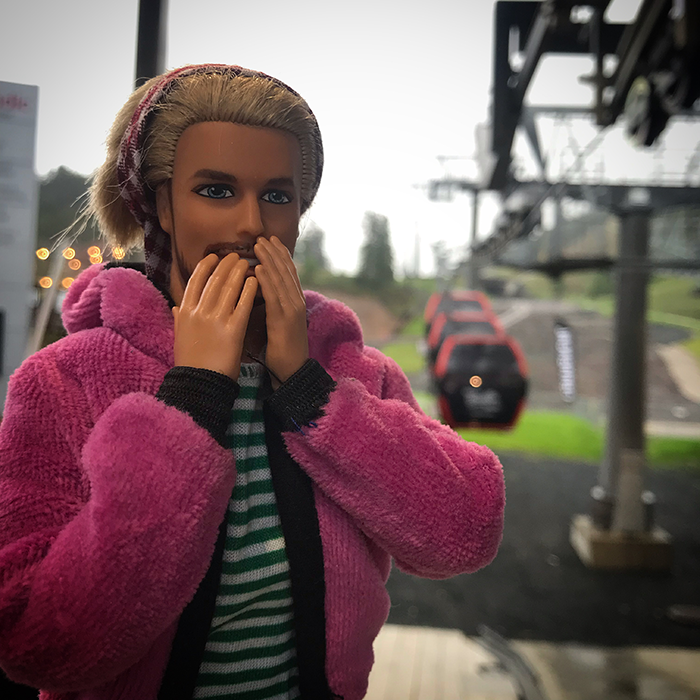 Ken tries to stay positive. He drives to the Ruka skiing center to find something nice to do that doesn’t require outdoor activities. 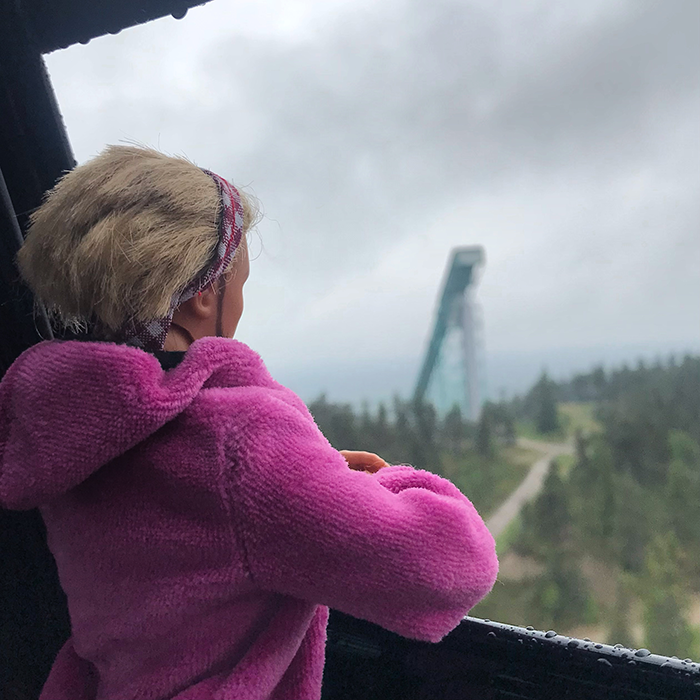 The gondola lift experience is exciting and fun even with the rain and fog that prevents him from seeing much of the sceneries. 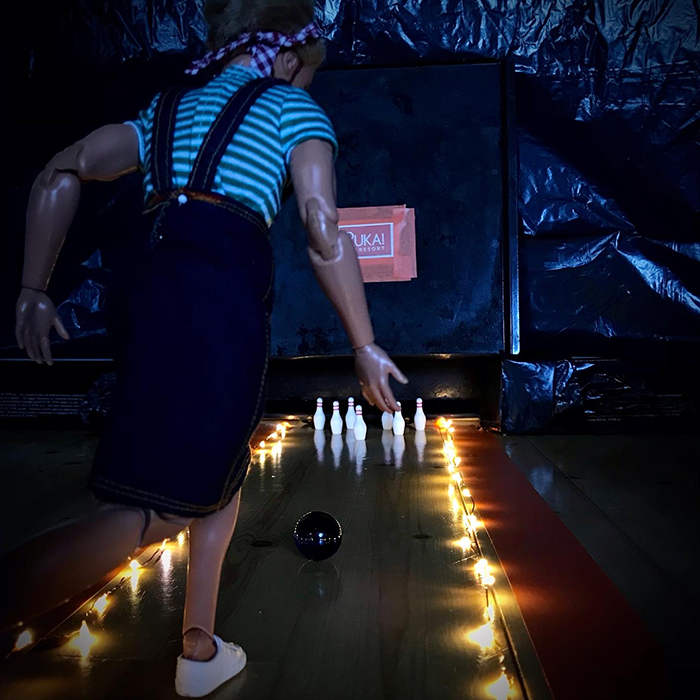 He tries bowling. The ball doesn’t really want to co-operate with him though. 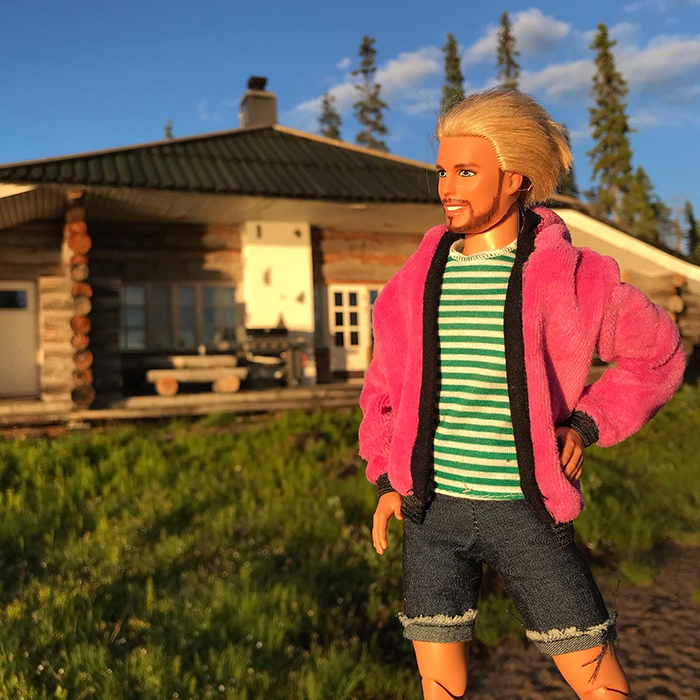 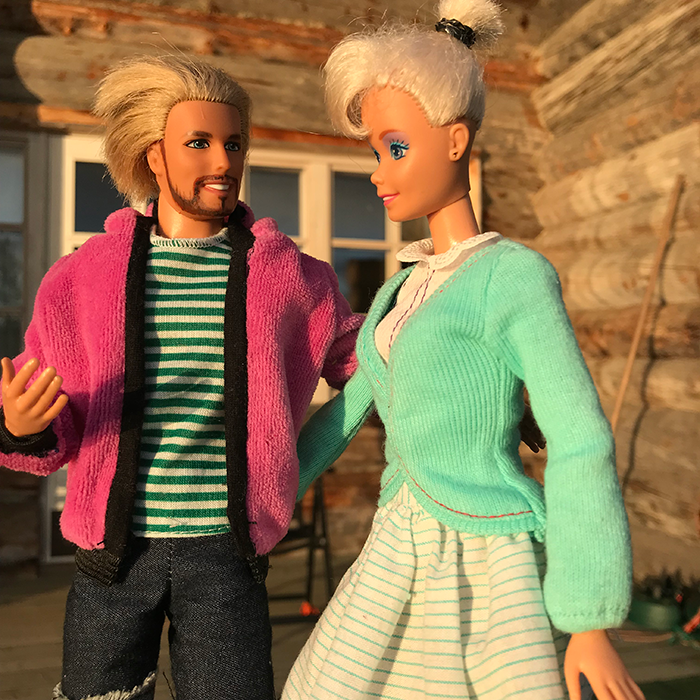 Tupu has been waiting for him, but Olga and Selma are already fast asleep. It’s been a long drive for everyone. 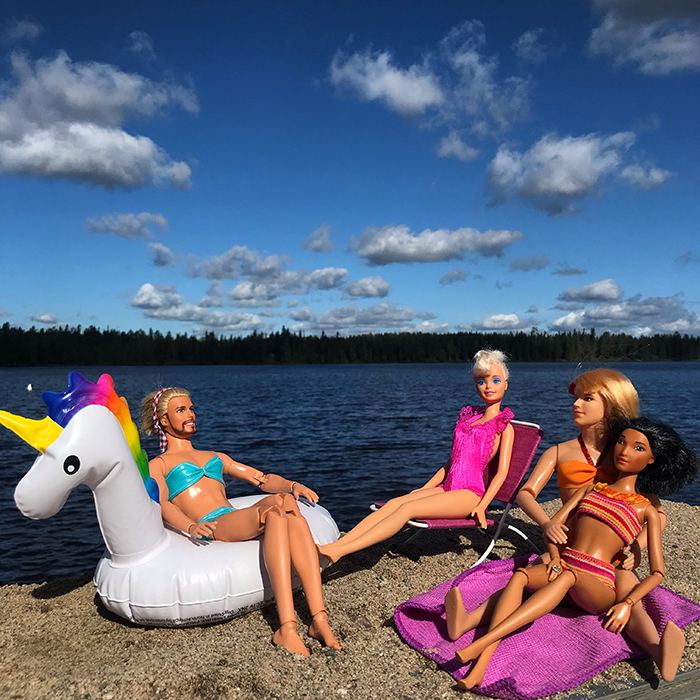 Tupu’s villa is situated by a lakeside and they spend all day at the beach enjoying the warmth. It’s wonderful especially for Ken who has almost been regretting the whole trip because of the crappy weather. Good friends and the sun wipe away his sadness. 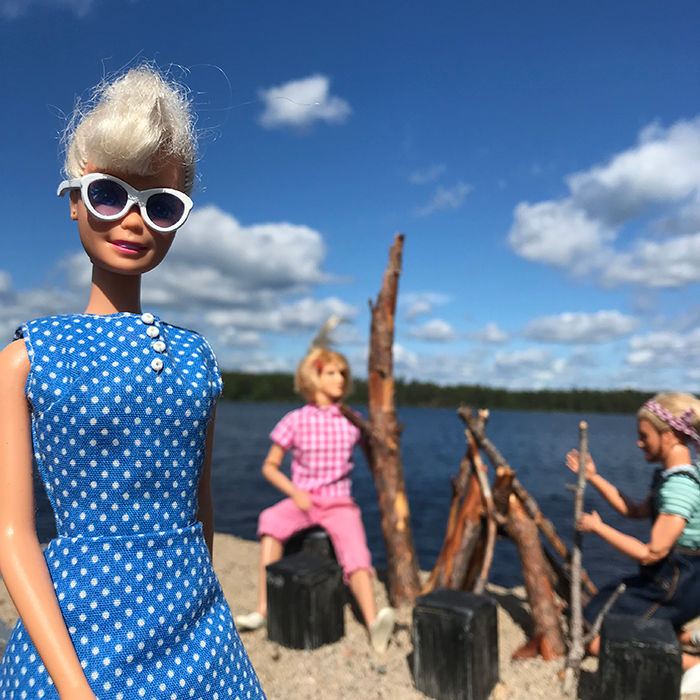 Ken and Olga are in charge of building the midsummer bonfire. Tupu is worried:- Don’t make it too big! It’s supposed to be very windy in the evening and we have to be careful! 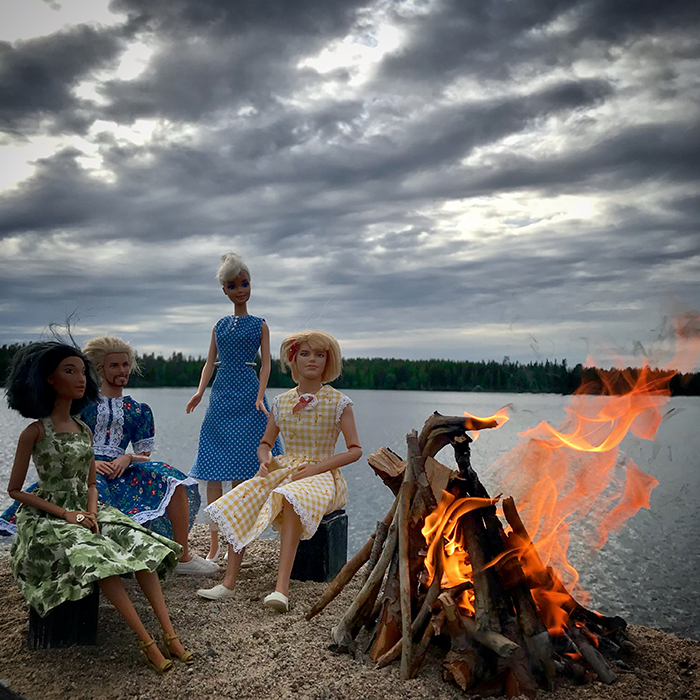 It’s been a wonderful day in every way. Ken doesn’t even remember when was the last time he laughed this much. - Hyvää juhannusta kaikille! 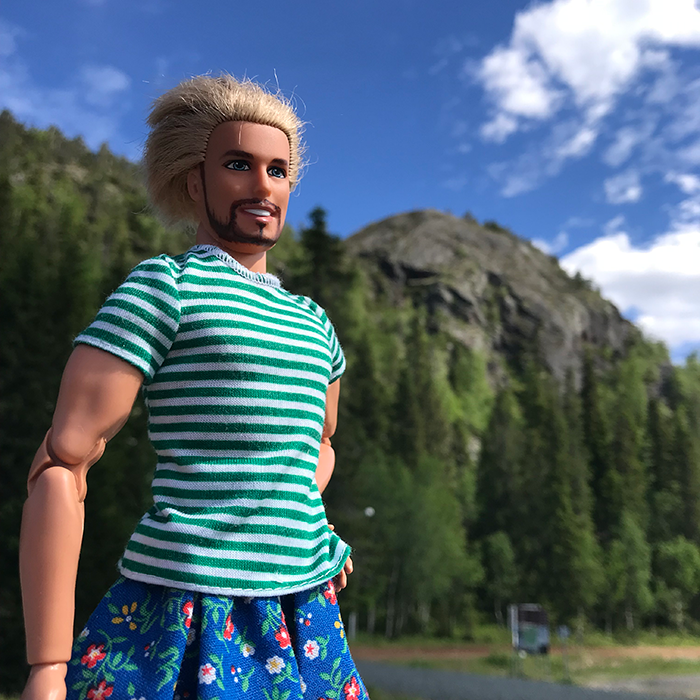 The next day is sunny but chilly. Ken and Olga go hiking even though it’s a bit cold up on the hills. 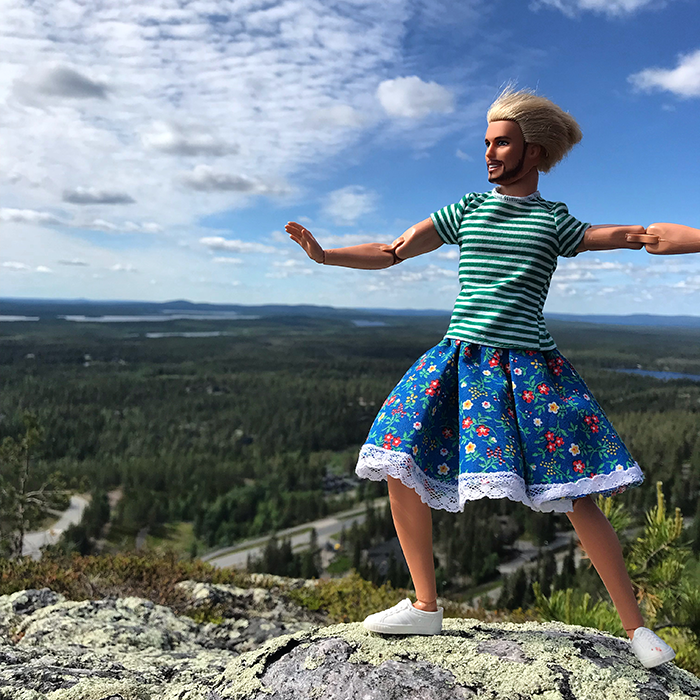 It’s so windy that Ken can hardly stand up! But the view is great so it was well worth the climbing. 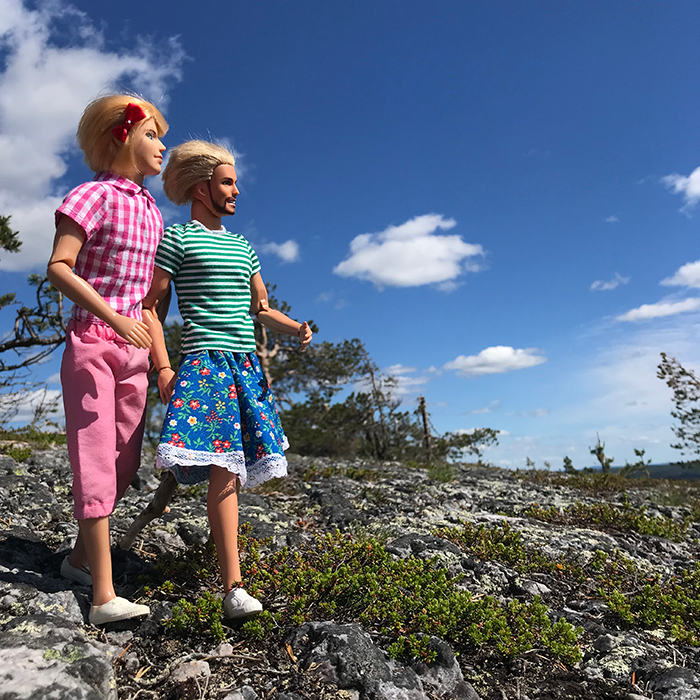 Ken is happy about the weekend. He has laughed a lot and seen a lot, but tomorrow he has to drive back home. 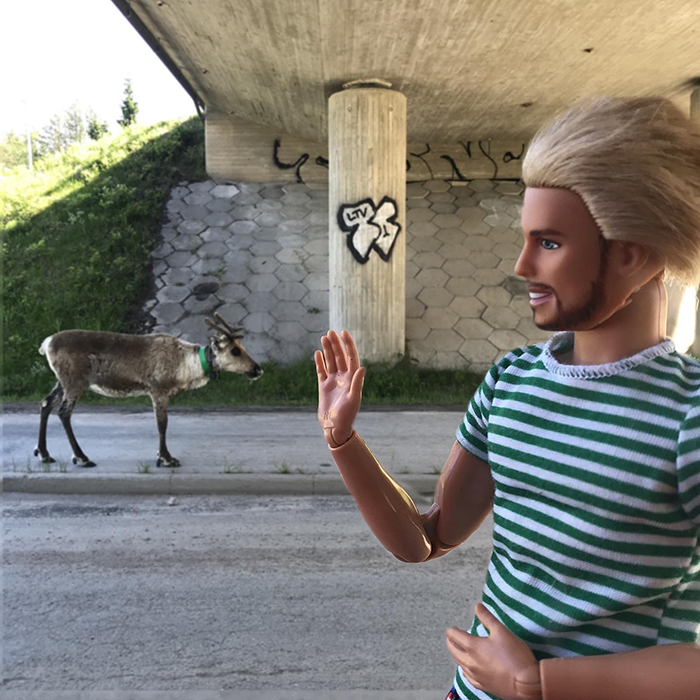 All fun things end sooner or later. Now Ken has to say goodbye to the reindeers who couldn’t care less of him. 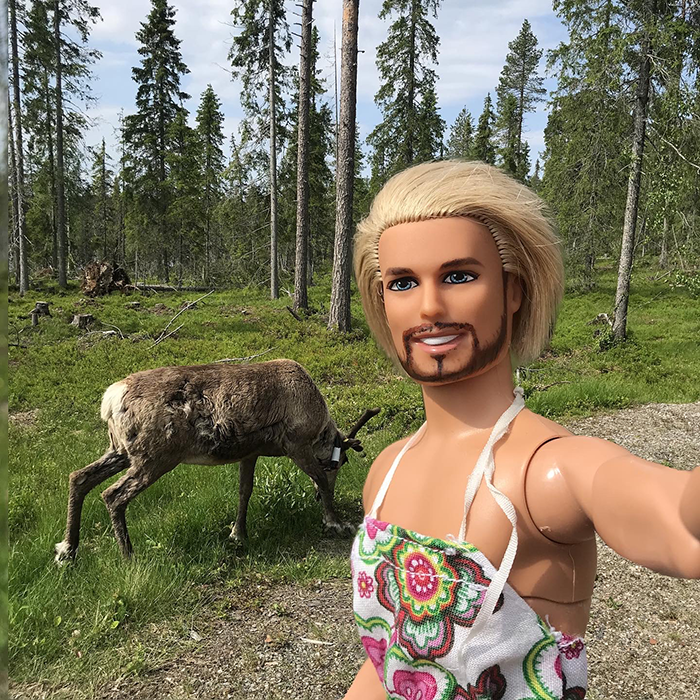